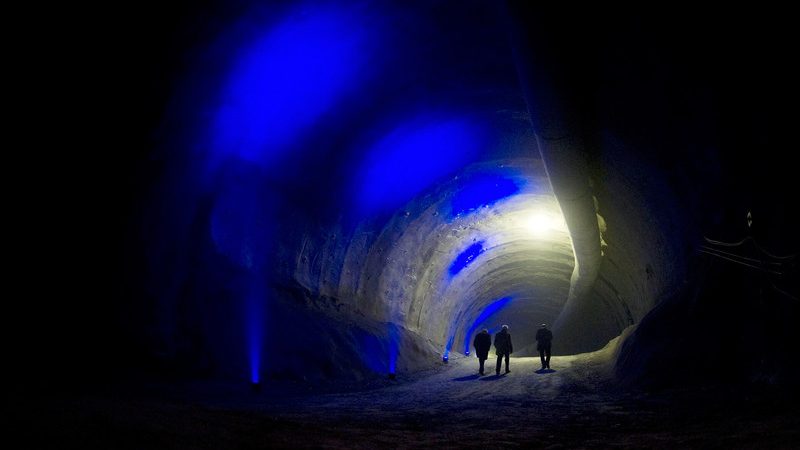 Guests inspect the Brenner Base Tunnel during the official start of the main works in Innsbruck, Austria, 19 March 2015. [Photo: EPA/ANGELIKA WARMUTH]

Work on eight multi-billion-euro rail, road and water links is behind schedule and is significantly over budget, according to the EU’s auditors. A new report warns that some of the flagship projects might not be as economically viable as first claimed.

The Court of Auditors report, published on Tuesday (16 June), looked into four railways, one waterway, one motorway and two multi-modal connections that will cover 13 countries.

According to its findings, the watchdog said that construction was delayed by an average of 11 years across the eight planned links, with six at serious risk of not being fully up and running by a 2030 deadline, when the EU’s “core network” is supposed to be ready.

Costs have also ballooned by €17 billion due to changes in design and scope, as well as improper implementation. In the case of the Canal Seine Nord Europe project, the budget has nearly tripled.

“Member states have different procedures for carrying out works and different speeds of implementation. Support for and opposition […] varies greatly and political priorities can change over time,” the report states.

The auditors add that poor coordination between governments is the main reason for the construction malaise and also criticised the European Commission’s “distant” role, arguing that the EU executive has not done all it can to keep the projects on track.

For example, participating countries have done their own assessments and often questioned each other’s figures – most notably in the cross-Alpine Brenner Base Tunnel and the Lyon-Turin rail link – while the Commission has not carried out its own analysis.

The auditors warn that some projects, like the Rail Baltica high-speed link, may end up not being economically viable because a proper survey on potential passenger and freight demand was not conducted.

During an online briefing, the court’s Oskar Herics explained that “the expected number of passengers of 4.6 million/year falls significantly short of the benchmark of 9 million passengers/year when comparing to high-speed standards.”

He also added that there currently are no north-south freight services through Estonia, Latvia and Lithuania. As of June 2019, the three Baltic states had not agreed on a common management system for the rail link when it is up and running.

The level of co-financing offered by the EU in Rail Baltica’s case means that taxpayers could be on the hook for €6 billion, according to current estimates, a senior auditor told reporters.

Romania’s attempts to complete the A1 motorway, which will stretch 580km from Bucharest to the Hungarian border, have also run into significant difficulties, including bureaucratic hurdles.

The report cites the fact that a new building permit is needed for each 7km stretch of highway and that “suboptimal planning” resulted in two stretches of road being improperly connected and had to be demolished.

“The €3.7 million of EU money spent this way can be considered wasted,” the auditors concluded.

The EU watchdog is not the only institution to look into the mega-projects, as national auditors have, in some cases, also put their finances and construction deadlines under the microscope.

A member of the EU auditors team said that the Baltic States have scrutinised the high-speed rail link, concluding that there could be an additional delay of four years. Austria’s authorities have also said that the Brenner Base Tunnel – set to be one of the longest rail tunnels in the world – might overrun too.

Green on the outside…

A major objective of some of the mega-projects is to make mobility more sustainable across the EU, by tapping into the low-carbon potential of train travel and waterborne transport. But their environmental credentials may also have been overstated, the report insists.

Supporters of the Lyon-Turin connection point to its potential to reduce CO2 emissions by moving traffic from road to rail. However, the amount of pollution that will be created during its construction means that it will be a number of years before it has a net benefit.

According to the auditors, a number of factors suggest that predicted traffic levels may have been overstated and the report warns that if the discrepancy ends up being significant, it could take half a century for the project to start providing a positive environmental impact.

The amount of money the EU has committed is substantial: €1.22bn in total. Brussels has already paid out €621 million for construction, which is now 15 years behind schedule and among the worst examples assessed by the report.

As part of the Commission’s latest long-term budget proposal, the bloc’s Connecting Europe Facility is set to get an extra €1.5bn over the next seven years. Rail Baltica is mentioned explicitly as an example of the types of projects that money can be used to fund.

In 2017, MEPs asked the court to audit any transport projects with a price-tag of more than €1bn.

For the Commission to better fulfil its oversight role, the auditors suggest that implementing decisions be used more wisely to help countries align more closely on EU-priority issues like cross-border connectivity.

“These decisions, however, do not yet include clear rules on the responsibility of all parties, including the Commission; they also have weaknesses in terms of tackling all critical issues, do not consider the anticipated results, and do not require an ex post evaluation in order to learn from past experiences,” the auditors warn.

The report also says that the Commission should “require better analysis before deciding to provide EU co-funding for mega-projects” and “revise and apply the current tools to enforce the long-term planning”.

A senior auditor added that the EU executive does not have many tools at its disposal under the current rules but should make better use of the instruments it does have.