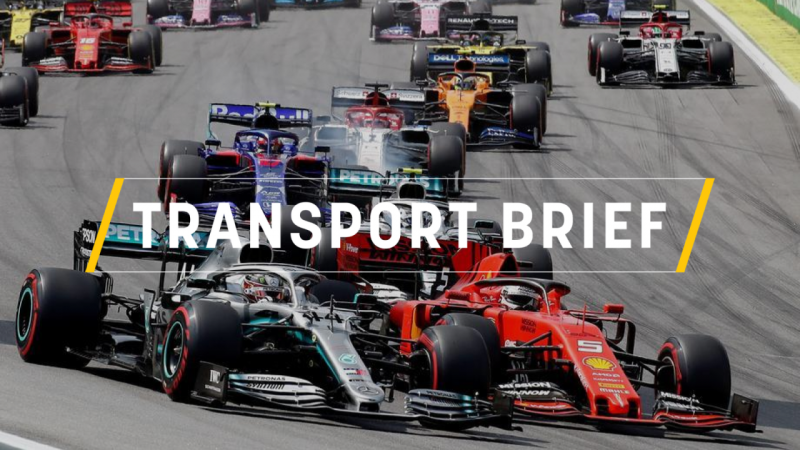 In this week’s edition: car industry wheelings and dealings, ‘voucher-gate’ comes to a head and ‘European champions’ are back with a bang. First, here’s the tenth outing for the Transport Vlog, which looks into how state aid stands at the moment.

Italian-American car group Fiat-Chrysler (FCA) has requested a €6.3bn line of credit backed by Italy’s government, as the virus continues to hit its business. To complicate matters, FCA is a Dutch-registered company.

State aid could muddy the waters of an ongoing merger with France’s PSA group. FCA’s previous target, Renault, plans to carve up the European market with Japanese ally Nissan by dividing up sectors more effectively.

French Finance Minister Bruno Le Maire met with auto leaders on Friday, insisting that e-mobility and greener cars will get priority when it comes to government aid. He has also suggested that firms will only get help if they consider relocating production back to France.

Germany is moving slowly to help its mighty car industry, suggesting that times have changed since the last financial crisis – when the sector was propped up immediately – most likely due to the Dieselgate hangover.

Ahead of last week’s meeting of industry ministers, 12 EU countries called for a dedicated car sector recovery plan, within the Commission’s pending overall strategy. The letter was not signed by France or Germany.

UN economy agency UNECE has pointed out that air pollution levels from heating and agriculture did not fall like transport-related emissions did due to lockdown measures. Eurostat released this data on oil deliveries in March.

MEPs agreed on new rules for tyre labelling, which are aimed at helping motorists choose the most fuel efficient boots for their vehicles. The criteria – which includes a nutriscore-style A-E rating – will come into effect in mid-2021.

Estonia’s government has denied a subsidy request from the country’s autosport body, which wanted to organise a test car rally ahead of the World Rally Championship’s potential return to action in August after a coronavirus layoff.

Moto GP riders continue to race virtually while they wait for the season to get the green light, while Ferrari fans were shocked by Sebastian Vettel’s decision to quit its Formula One team, after failing to emulate his hero, Michael Schumacher, in winning the world title.

And always remember to look both ways before crossing the street, especially in the leafy parts of Berlin, where this stampede of wild boar prompted a police response.

Plans to launch the world’s first autonomous and zero-emissions cargo ship were shelved last week due to coronavirus uncertainty. Fertiliser giant Yara had hoped to take 40,000 trucks off the road every year once its vessel was in operation.

Iceland’s government is at odds over whether to approve a NATO harbour on the island, which could reportedly create hundreds of jobs. The Left-Greens faction has rejected the plans citing its opposition to Icelandic membership of the Alliance.

France’s armed forces minister, Florence Parly, was at the Saint-Nazaire shipyard to outline the state’s vision for the sector over the next decade. More military contracts, including aircraft carriers, are on the cards.

‘Voucher-gate’ came to a head last week, as the European Commission unveiled rules for making travel coupons as attractive as possible to passengers, while still preserving EU law’s insistence that they be a voluntary option only.

Airlines reacted with dismay to that but Brussels wasn’t finished: initially it seemed that the Commission would send letters – the precursor to full blown infringement procedures – to 12 countries in breach of the rules. That was later downgraded to a general letter for everyone.

Dutch Prime Minister Mark Rutte initially said that his government would allow airlines to keep offering vouchers with impunity but a minister later confirmed that would not be the case. KLM has started to come in line but not retroactively.

As part of the Commission’s big transport and travel package, the executive held off wading into the debate over social-distancing on board aircraft. It instead delegated further recommendations to agencies EASA and ECDC.

Still no Lufthansa mega bailout but its CEO was in Brussels to talk to the Belgian government about aid for subsidiary Brussels Airlines. Again, no deal but one is available if the German carrier provides certain guarantees for the future.

Bailouts are looming for Air Serbia and Czech Airlines, while Finnair has fully embraced the outbreak’s impact on demand by retrofitting two large A330s so that cargo can be transported in the cabin.

It all goes back to Alstom-Siemens. France and Germany announced their plans for a €500bn warchest to help the EU recover from the virus outbreak. They still need the approval of other member states, who are already quibbling about what form the money should take.

Part of the Franco-German plan is to double down (again) on the idea of ‘European champions’, which can compete on a global scale. Paris and Berlin were angered last year when the Commission nixed a tie-up between their two biggest trainmakers.

Revising state aid rules and merger controls should be a priority going forward, according to Emmanuel Macron and Angela Merkel, who cited the battery industry as a sector in which rewards can be reaped.

Social-distancing measures might be a taboo topic for some airlines but cross-Channel rail service Eurostar is on board. Its booking portal now blocks out certain seats so as to maximise the space between passengers.

NASA released the ‘Artemis Accords’, a series of guidelines for how humanity should collaborate on space exploration. The principles take their name from NASA’s planned Artemis mission, which is scheduled to make a lunar landing in 2024.

Slovenia will send two satellites into orbit in June, after their launch was delayed by several weeks due to the virus outbreak. One of the main objectives will be to test the robustness of new space electronics.

Nikolina, an 8-year-old from Croatia, will have one of the Galileo GPS satellites named after her, courtesy of her win in the ongoing Galileo Drawing Contest. Check out Nikolina’s winning entry here.

Movie star Tom Cruise is heading into actual space to do some filming aboard the International Space Station. Is this the latest edition in the Mission Impossible franchise? We’ll have to wait and see.

The US Space Force unveiled its official flag. The newest branch of the American military was created last year by President Donald Trump but of more interest is the upcoming Netflix series starring Steve Carrell. Trailer for that here. 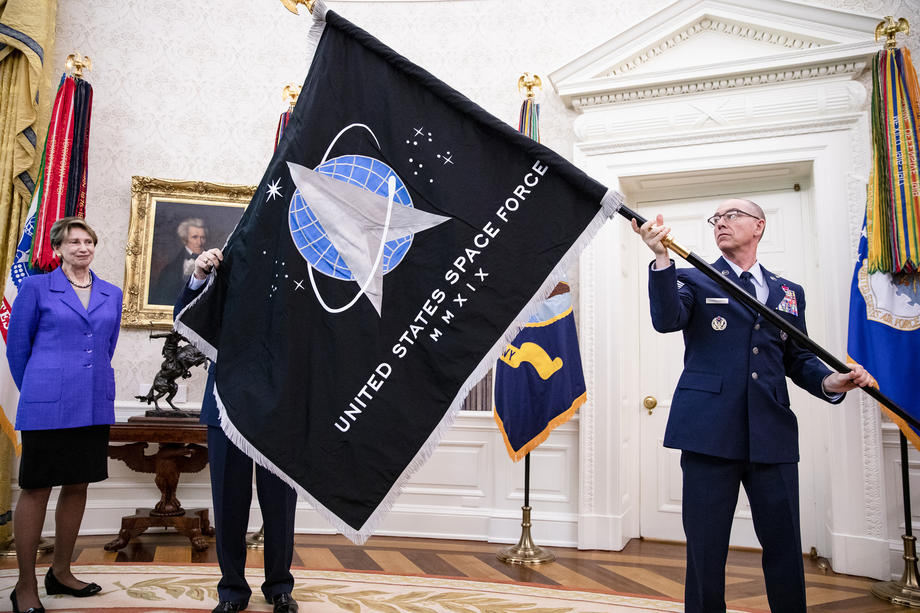 The Ship Song – Nick Cave and the Bad Seeds