MEPs are divided over the PNR directive and a vote was postponed earlier this month. [Pixabay]

Timothy Kirkhope, the British MEP shepherding the controversial passenger name records (PNR) bill through the European Parliament, has named security as one of the main reasons for the UK to remain in the EU.

Kirkhope, of the European Conservatives and Reformists group, is struggling to get sceptical MEPs to vote on the draft legislation, which will pave the way for the collection and sharing of travellers’ personal data across the EU.

The Conservative former undersecretary of state at the UK Home Office said PNR would probably not have helped prevent the terrorist attacks yesterday (22 March) at Brussels airport and in the city’s metro.

The attacks “have nothing to do with freedom of movement,” he said. Suspects in the bombings are thought to have been Brussels residents.

“But as a general tool to monitor and detain or deter terrorists coming back from dangerous areas it [PNR] would be invaluable,” Kirkhope added.

He tried to set a vote on the bill earlier this month, but MEPs postponed—many want new EU data protection legislation to go into effect at the same time. PNR and the data protection rules could be voted on in May, Kirkhope said.

But an EU-wide deal has faced bitter opposition from Greens, Liberals and some Socialists in Parliament who argue the PNR bill would break EU law by storing personal data for too long and monitoring all passengers, not a targeted group of people.

UK authorities intercepted several terrorist plots over the last year by communicating with other EU countries’ intelligence agencies, according to Kirkhope, a member of the Parliament’s Civil Liberties, Justice and Home Affairs Committee (LIBE).

“As a former Home Office minister in the UK I had to deal with security matters and work together with EU member states, EU agencies and Europol. It’s absolutely invaluable in the world we’re living in,” Kirkhope said.

“I wish some of my colleagues who are in favour of remaining in the EU would speak up on this.”

Supporters of the campaign for the UK to leave the EU argue that the country could draw up new agreements with EU countries. According to Kirkhope, hammering out new deals for intelligence cooperation would slow down law enforcement operations.

“Getting individual deals would create problems. We’d have to do it on a bilateral level, it’d be time consuming, would be complicated and the rules would be unclear. I’m afraid a lot of terrorists would get away with terrible crimes in the meantime,” Kirkhope said.

Immediately after the terrorist attacks in Brussels, UKIP sent journalists a press release blaming Schengen for the bombings that left over 30 victims dead.

“I think it’s totally distasteful and disrespectful,” Kirkhope said, calling the statement an example of UKIP leader Nigel Farage’s “irresponsibility in a politician”.

Shortly after two explosions were confirmed at the Zaventem Airport in Brussels, the British far-right party UKIP used the incident to send a press release blaming the attacks on the Schengen passport-free travel zone and “lax border controls” in Europe.

Opponents of the bill argue collecting data from all flight passengers in Europe won’t help target anyone sought as a suspect in a crime.

Late this afternoon, the Dutch Council presidency called for EU justice and interior ministers to convene at a crisis meeting tomorrow (24 March) in Brussels following the terrorist attacks. Ministers will discuss PNR at the meeting.

But some MEPs are pushing back against the calls to share personal data.

“What he [de Maizière] and his colleagues from the EU interior ministers are calling for is not information sharing but just data gathering,” Albrecht said.

“That doesn’t lead to any beneficial results for investigations at all because only gathering data leads you nowhere if you don’t have people who connect the dots, use the data and exchange this data,” he added.

Instead of paying for an EU-wide system for sharing flight data that could cost of hundreds of millions of euros to set up, Albrecht argues the money would be better spent on joint investigation teams between EU countries.

“Otherwise we’ll have 28 huge silos of data that are not used by policemen but analysed by computers,” Albrecht said.

Kirkhope’s European Conservatives and Reformers Party has argued that PNR data would be used to track patterns of behavior and find criminal activity–but not to profile flight passengers.

But privacy activists counter that collection of personal information from flights gives authorities the power to analyse passengers’ data automatically.

“The incoherence of the supporters of PNR is best illustrated by Mr Kirkhope himself, who argues that PNR is not about profiling, it is about ‘looking for patterns in data’, which is pretty much the dictionary definition of profiling,” said Joe McNamee, executive director of NGO European Digital Rights. 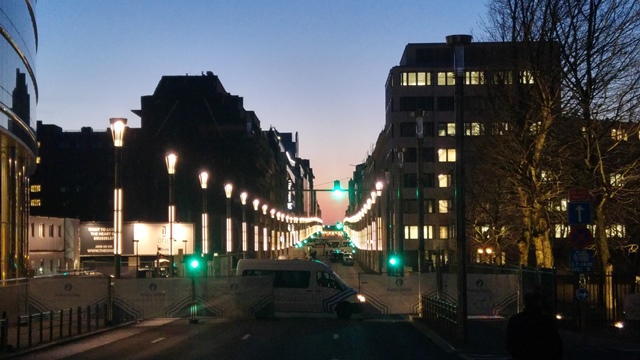 The main legislative instrument at EU level governing this field was the Data Retention Directive, which was adopted in November 2006 following the Madrid terrorist train bombings in 2004 and the public transport bombings in London in 2005.

Germany and Belgium were taken to court by the EU after refusing to implement the 2006 Data Retention Directive. The directive was overturned by the European Court of Justice in April 2014.

4 responses to “Flight data deal is a reason for UK to stay in the EU, says Tory MEP”