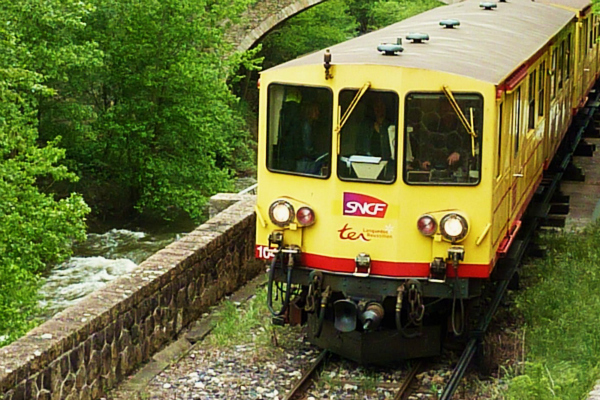 France’s plan to merge its railway and infrastructure operations has drawn criticism and a call for the European Commission to block the move.

Efforts to merge the state-run SNCF railway and the RFF infrastructure company comes as the Commission finalises its Fourth Railway Package that is expected to focus on further “unbundling” the management of infrastructure from passenger and cargo operations.

But Tony Berkeley, a member of the British House of Lords who is director of the European Rail Freight Association, said the Paris proposal defied EU laws on creating an integrated, competitive market for passenger and cargo rail.

Competitors “are never going to get fair treatment as long as the infrastructure operator has a corporate relationship with the rail service operator,” Lord Berkeley told EURACTIV in a telephone interview.

In a letter sent to the Commission yesterday (5 November), Lord Berkeley said: “Other train operators suffer badly from unfair train path allocation and general obstruction by SNCF in France in the development of new services and in the efficient functioning of existing ones.”

Lord Berkeley said he hoped the letter would ensure that the “Fourth Railway Package is completely bomb-proof against the member states” seeking to protect national rail companies.

Frederic Cuvillier, the French Transport Minister announced plans on 30 October to restructure SNCF and RFF, which owns the national rail network, into a single operation.

SNCF was broken up in 1997 to end the monopoly of national freight and passenger carriers and introduce European-wide competition.

Cuvillier said the current system was dysfunctional and financially unsustainable. He said he was confident that the EU executive would support the plan, telling the daily Le Monde that Paris was not attempting to exclude competition and offered guarantees of “equal access to rail resources to all operators.”

Pressure on the European Commission

SNCF and Deutsche Bahn, the German rail company, have both pressed European policymakers not to force companies to separate rail infrastructure and operations, citing a spotty record of such efforts in the past 20 years.

Last month, the two companies released a report questioning the efficiency of separate operations, arguing that in countries with integrated rail operations – including the United States, Canada and Japan – there has been steady growth in investment and passenger or cargo traffic in contrast to the sluggish European market.

“The results show that integrated management of infrastructure and train operations is not an obstacle to improving a railroad’s efficiency and performance,” said Andreas Schwilling, a partner at the Roland Berger Strategy Consultants in Munich, which conducted the study, released on 15 October.

The German-French position gained strength when the European Court of Justice, in a preliminary ruling, upheld the German model over Commission objections that it violated legal provisions for independent infrastructure management.

There was no immediate comment from the Commission to the French proposal nor to Lord Berkeley’s letter to Commission President José Manuel Barroso, which was also released to journalists.

Commission acquiescence to allowing operations and infrastructure under a single roof is far from certain.

The Commission is working on its fourth Railway Package since 2001 with the aim to further liberalise networks, citing rail’s low market shares of about 7% for freight and 12% for passenger services. (Read our LinksDossier on Europe's Rails: A bumpy ride to a single market)

The package is to be presented by the end of 2012 and is expected to focus on further “unbundling” the management of infrastructure from passenger and cargo operations, and further opening the door to competition in national markets.

Brian Simpson (UK), chairman of the European Parliament's transport committee, told the Community of European Railway and Infrastructure Companies, or CER, on 5 November: "Here we are on the Fourth Railway Package and we just finished adopting the recast of the First Railway Package. So we need the railway industry to get a little more TGV and a little less local stop train."

A report issued for the CER on 5 November highlights three points on restructuring:

A report issued for the CER on 5 November highlights three points on restructuring:

“We are far from having a single European area,” Transportation Commissioner Siim Kallas told a railway conference at the European Economic and Social Committee in September.

“We still languish in the 19th century,” he said, visibly frustrated by progress in Europe’s oldest mechanised mode of land transport. … Let’s be clear, a return to the integrated structures we had 20 years ago cannot be regarded as a realistic way forward.”

Approaches to rail liberalisation and unbundling – separating infrastructure rail services – vary across the 25 EU countries that have railway services (Cyprus and Malta do not).

Britain moved swiftly in the 1990s to separate infrastructure operations from rail services, while breaking up the old British Rail system to allow private competition. It met sketchy success.

The Netherlands, Poland, Spain and several other countries have followed similar paths as Britain, severing infrastructure from operations with varying levels of public or independent oversight.

Austria, the Czech Republic and France operate under a holding company model similar to Germany’s.