By Dario Sarmadi | EURACTIV.de and Reuters | translated by Erika Körner 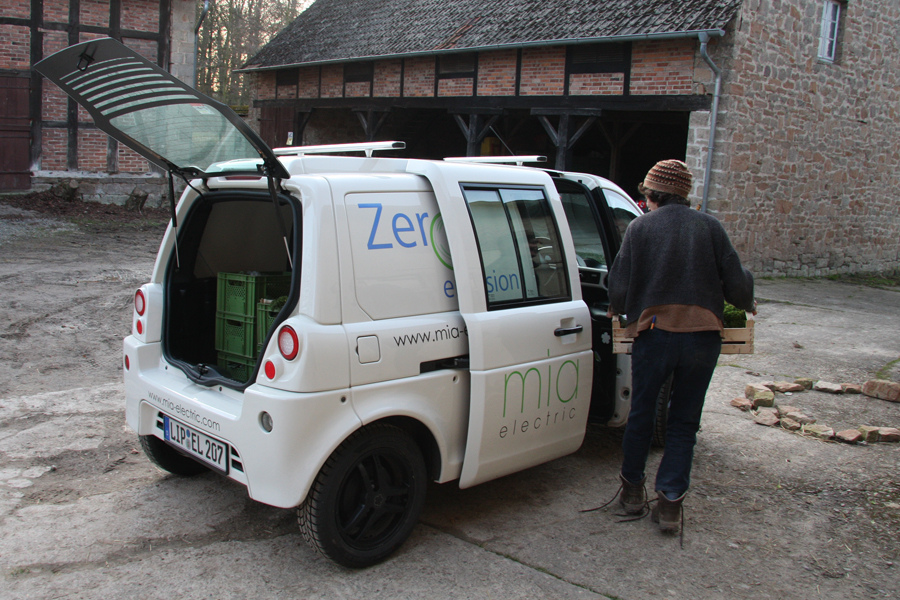 Under Germany's new plan to promote energy efficiency, commercial e-car owners will be able to write off 50% of the car's value from their taxes in the year of purchase. [Cornelia Kopp/Flickr]

In order to meet EU energy efficiency targets, the German government has tabled a national action plan, including a tendering model for improving energy efficiency and tax rebates for the purchase of electric cars and building renovations. EURACTIV Germany reports.

The preliminary details for Germany’s new National Action Plan on Energy Efficiency (NAPE) have been revealed.

In this way, the government intends to determine a CO2 consumption target until 2020, divide this target into smaller sub-targets, and seek out providers to implement these energy-saving tasks cheaply and with high quality results. The most inexpensive providers will be allowed to keep the difference from the green energy surcharge.

“By introducing the competitive tendering model for energy efficiency measures, we hope to provide targeted support for projects with the highest energy savings and the lowest financial burden,” the document reads.

The goal is to develop “new business models and innovative products with which the German economy can score on the global market”.

Chancellor Angela Merkel’s federal cabinet is expected to sign off on the action plan at the beginning of December. The measure is meant to help Germany reach the government’s climate target of reducing CO2 emissions by 40% from 1990 levels until 2020.

A major part of the programme consists on promoting building renovation, with €1 billion by 2019.

The sum is expected to be distributed via targeted tax rebates to accelerate private investment in energy-saving renovations for houses and apartments.

The German Business Initiative on Energy Efficiency (DENEFF) welcomed the government’s proposals. “This could be a big step for energy efficiency if it comes through,” said Carsten Müller, the organisation’s chairman.

The government’s plans were supported by the results of a self-commissioned study, which was released recently.

The Institute for Ecological Economic Research (IÖW) and the energy consultancy Ecofys found that the insulation of outer walls and roofs or renovation of heating systems created around €14 billion in added value and approximately 278,000 quality jobs in the year 2011.

“The study shows that many communities can strongly benefit from energy efficient renovation on existing buildings. These positive effects for the regional economy can motivate actors and communities to become locally engaged in the Energiewende,” said Julika Weiß from IÖW.

The action plan also hopes to promote the purchasing of electric cars, with additional tax rebates.

Under the new plan, purchasers of electric commercial vehicles will be granted a tax write-off for 50% of the value within the year of purchase. This special write-off is expected to take effect in 2015.

“The minimal effects on tax revenue will be made up for by the positive influence on the environment,” the Economic Affairs Ministry writes in the document.

The German government’s goal is to have one million e-cars on German streets by the year 2020. But so far it has refused a direct buyer’s premium.

But new research has found that some member states are not complying with the directive's requirements.