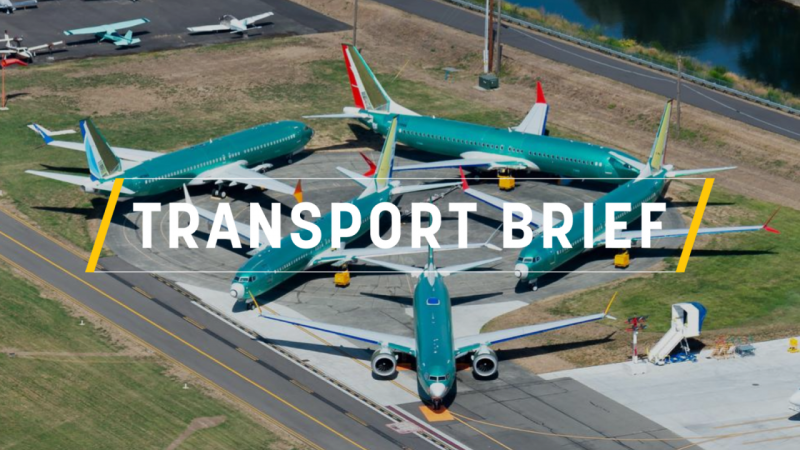 This week’s edition is mostly dedicated to coronavirus news but there are hidden gems within for those of you that want a break from the outbreak.

For more developments related to the outbreak, check our tracker here. Also give our new Transport Vlog a watch: this one comes straight from my own personal quarantine zone.

Airlines are going to be hard hit by the outbreak. Donald Trump issued a travel ban on flights from the Schengen zone – later extending it to the UK and Ireland – and carriers pleaded with governments for financial aid.

The EU looked to relieve some of the pressure, issuing a waiver for air slot rules so airlines no longer have to keep empty ‘ghost flights’ in the air. The Commission later confirmed it would keep the four month moratorium under review.

Italy’s government will reportedly nationalise flag-carrier Alitalia, in what will be an early acid test of the Commission’s state aid response to coronavirus. The airline was in serious trouble long before the outbreak so the EU probe will be a complex affair.

UN aviation body ICAO decided on which carbon offsetting projects should be eligible for its new climate change-busting scheme and is going to ditch old, dodgy projects. Coronavirus might mean airlines end up paying out more next year to green their flights.

Airlines also want passenger rights rules relaxed to nip in the bud any risk of having to shell out a fortune during the ongoing travel disruption. The ECJ struck a blow for travellers last week though in this interesting case.

EU transport chiefs agreed in Croatia to keep clean shipping high up the agenda. But their current tack of coordinating everything at global level puts them on a collision course with those who advocate an EU-led approach. One to watch.

The International Maritime Organisation is the forum of choice for many member states and – seemingly – the Commission. There will be severe delays though because the IMO has largely shut up shop because of coronavirus.

Norway shut down its ports and Estonia axed some ferry links. Its regular service across the Gulf of Finland between Tallinn and Helsinki remains operational for now though.

Italian shipbuilder Fincantieri put staff on vacation for two weeks because of the outbreak. The state-owned firm wants to merge with France’s Chantiers de l’Atlantique and create a ‘European champion’. An EU state aid case is ongoing and a decision is due by May.

The UK government’s new budget included financial incentives for electric car purchases. Investments will total around half a billion pounds. Check out this op-ed about why the EV roll-out is at risk of stalling.

Carmakers Honda and Ford, as well as jet-engine firm Rolls Royce, should repurpose their production lines to make essential medical equipment, Westminster says. But it is unclear how such specialised companies will make the switch.

Peugeot, Ford and VW are shutting down production for the time being at sites across Europe because of the coronavirus. Tesla’s Elon Musk is ploughing ahead regardless and is on the look-out for a location to build the aesthetically-divisive CyberTruck.

And in Colombia’s capital Bogota, the mayor has decided to tackle air pollution and the virus in one fell swoop: 22km of segregated cycle path has been created overnight to curb car use and allow people enough space to travel and keep their distance from others.

Coronavirus-impact is not just earthbound unfortunately. The European Space Agency’s plans to send a rover to Mars were delayed two years, mostly due to ongoing technical gremlins but also because experts could not travel.

It means that the Europe-Russia joint effort might be overtaken by similar efforts to reach the Red Planet by China, Japan and the US – although it is not a given that those missions will be able to go ahead as planned either.

Two NASA employees have tested positive for the virus and travel limitations are in place. Elon Musk’s SpaceX venture still plans to go ahead with its first astronaut launch in May as things stand.

Arianespace suspended all launch programmes from its French Guyana base of operations to better comply with new measures.

Rail links are severely disrupted across Europe: the Czech Republic and Poland stopped all international services, although Warsaw did allow a train convoy carrying stranded Baltic-state citizens to cross the country from Germany to the Lithuanian border.

The last OG Eurostar in iconic yellow and white paint-job made its final trip yesterday. The cross-Channel rail service has gradually phased out its older trains in favour of a revamped fleet.

Everything and anything! Quarantine gives you plenty of time to catch up on reading and essential watchings. Ping me on twitter or email me any good recommendations. Transport and climate-related reports, good documentaries, keep the suggestions coming!