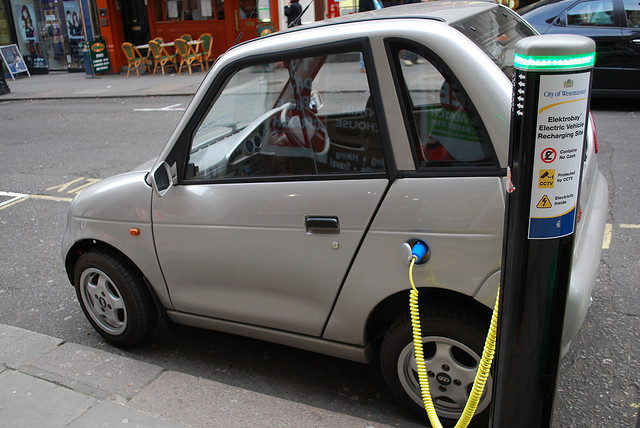 A coalition of environmental groups called on lawmakers to make electrification of transport a priority in the Energy Union plan, at a time when the European Commission is finalising its work on the proposal.

A transport system running on electricity could help the EU achieve its energy and climate targets, said eight green NGOs in a letter sent on Monday (2 January) to 28 EU Commissioners.

?“Planting the electrification of transport at the heart of the European Energy Union is the solution to these problems and the right industrial stimulus to Europe’s dormant economy,” said Nusa Urbancic, energy programme manager at Transport & Environment.

The letter, sent to all EU Commissioners, was signed by the European Environmental Bureau, Actionaid, Friends of the Earth Europe, WWF, ECOS, E3G, Transport & Environment, and Birdlife Europe.

?Transport is one of the most polluting sectors of the EU’s economy and highly dependent on energy exports. It also consumes more oil than other sources.

While the EU has pushed for a shift from using fossil fuels to more biofuels, the development of these has been too costly and slow to satisfy the demand on the market.

“An electrification strategy, based on the use of renewable energies like wind and solar, within the Energy Union is a bold and appealing vision in moving away from polluting, imported oil to clean domestically-generated electricity,” the NGOs said.

The European Commission has supported member countries in the past decade to invest into alternative propulsion technologies, like electric cars. The European Automobile Manufacturer’s Association (ACEA) said that it has also “invested heavily” in electric vehicles over the years but the results were disappointing.

While consumers like electric cars, not many end up buying them, explained the automobile manufacturers.

“Industry has strongly called for greater emphasis on coordinated support for ECVs, […] but an enforced transition to the electrification of vehicles through the abandonment of the technological neutrality principle would be both costly and ineffective in terms of CO2 emissions,” said ACEA.

Whether to make electrification of transport a priority in the upcoming Energy Union proposal will be discussed by the EU energy ministers and the Commission at a meeting in Riga on Friday.

Violeta Bulc, the EU Transport Commissioner, was not immediately available for comment.

Electricity as an energy option for vehicle offers the possibility to substitute oil with a wide diversity of primary energy sources.

This could ensure security of energy supply and a broad use of renewable and carbon-free energy sources in the transport sector which could help the European Union targets on CO2 emissions reduction.

Electrification of transport (electromobility) has been identified as a priority in the EU's research programme, Horizon 2020.

The Energy Union is part of the political response to the threat to EU gas supplies. The Commission plans to publish a Communication at the end of February outlining its plan to achieve a common energy market.