Europe is globally influential in areas as niche as public transport, according to the head of one of the largest bus operators in Asia. Indonesia’s capital city of Jakarta is going all-electric in a bid to rid itself of crippling traffic jams and is looking to Europe for pointers. Check the site later for more details.

Honda has got electric plans of its own and has pledged only to sell cars of that type in Europe as of 2022. Renault has unveiled a number of hydrogen options in its van range.

France lost a case at the EU’s top court over nitrogen dioxide pollution, which is a by-product of diesel engines. Judges ruled that France has consistently flouted EU rules since 2010.

In Germany, trips made by politicians could be subject to a climate tax in the future, as part of a package of measures designed to ratchet up the Bundesrepublik’s green efforts.

More train trips might be on the agenda, especially of the night variety. A new Brussels-Vienna service has been greeted with noted enthusiasm and the European Parliament is looking into how to roll out more of the same.

The phenomenon known as ‘flight shame’ might boost train travel but it’s also set to be good for wider business, according to financial experts at Citigroup, who predict gains for anyone invested in carbon offsetting schemes.

Boeing expects its stricken MAX aircraft back in service by the new year. Could environmental pressure have contributed to the mistakes that caused the fatal crashes? Read the full argument here.

Eagle-eyed visitors at Brussels’ Mini-Europe tourist trap spotted a downed British Airways flight and its zombie passengers. The operators insist it is a Halloween stunt, not a Brexit one. See the picture below.

The EU Council has agreed its position on how CO2 emissions should be recorded in the shipping sector. Once MEPs settle on their negotiating stance, talks between the institutions can begin. Full text here.

Shipping giant Maersk has reduced its fuel consumption by nearly 10% by installing mechanical sales, in what could be common practice in the sector. A new study suggests slashing emissions is an operating expenditure challenge, not a capital expenditure one.

And university researchers have trained rats how to drive tiny cars, in yet another example of humans potentially sowing the seeds of their own unexpected demise. Driving apparently lowers the stress levels of the rodents.

The crash site at Mini-Europe. 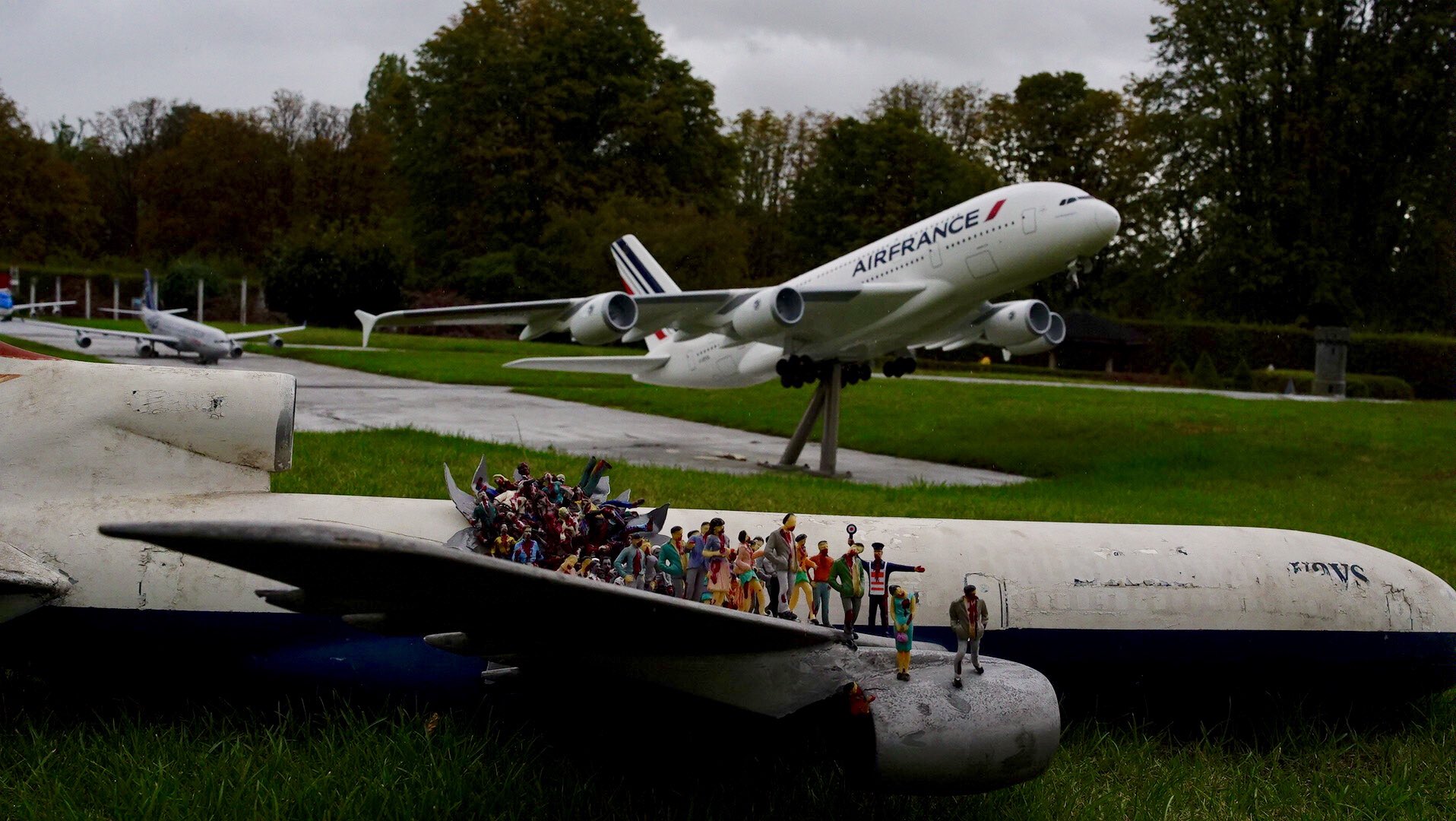 Eyes turn to Romania, where a new government is yet to be formed. The new Commission will not be able to take office until a new candidate is proposed. It is still unclear if Bucharest will keep the transport portfolio. Updates here.