Europe’s carmakers are preparing for a lean year of sales, as a six-year-long period of growth is predicted to end. Some of the world’s most famous marques have reiterated calls for a mass roll-out of charging infrastructure to help sell more alternatively-powered cars.

The European Commission looks ready to oblige. A leak of its draft industrial plan mentions an initiative known as #rechargeEU and “an alliance” between hydrogen producers. It also confirms an upcoming transport strategy, which I am told will be with us in Q3.

Volkswagen CEO Herbert Diess said at an event in Brussels that his firm will have to pay €400m in fines if the German auto giant misses its 2020 CO2 target. Diess also laid into Germany opening new coal plants, defended SUVs and dismissed fuel cells as inefficient.

Dutch regulators say certain Jeep and Suzuki models break emissions rules and have to be fixed, while in Germany prosecutors raided offices as part of an investigation into emissions cheating involving Mitsubishi cars.

Nissan meanwhile has signed a deal with Uber to provide the ride-share outfit with electric 2,000 cars in London, even as the company appeals a ban in the British capital. A new YouGov poll showed that under-35s are willing to pay more for an all-electric ride.

Hungary is getting 3,200 cleaner buses thanks to an EIB loan worth €47m, which EU economy chief Paolo Gentiloni said will make transport “safer and more comfortable for commuters”.

Ghent is reaping the benefits of a car-free city centre, as locals enjoy quieter and cleaner streets. Its train station is also aiming to have the biggest bike-storage centre in Europe.

The glitzy world of Formula One is going carbon neutral. The high-speed motorsport has even signed up to a UN climate pact but is F1 inherently unable to be called ‘green’? Comment under the article what you think.

And the last hold-out against e-scooters, the UK, has decided to yield and regulate them in the coming months. A consultation period will reveal whether they should be treated like bicycles and whether riders should wear helmets or not.

At an aviation summit last week, industry heads and regulators once again urged the EU to make more progress on a fraught-update to air traffic management policy, the Single European Sky.

SES could cut plane emissions by 10% thanks to more efficient routes but member states have been unwilling to agree on anything. Outgoing IAG chief Willie Walsh said it was a “disgrace” that carriers still have to fly the same paths as decades ago.

Head of airspace regulator Eurocontrol Eamonn Brennan compared SES to “Irish stew”, explaining that “by the time each committee or member state has looked at it and filtered it, you’ve got consumé!”

What to fuel planes with was also a topic of discussion. The Commission’s Beatriz Yordi acknowledged that sustainable aviation fuels (SAFs) are part of the solution but Nesté’s Henrik Arametsa insisted that noone in the industry wants to use food-based biofuels, adding that it’s a false narrative.

Rome’s airport is hoping to go a bit greener by trialling a new eco-friendly runway surface, which is made from waste plastic and is predicted to last twice as long as a regular landing strip.

Polish airline LOT has picked the bones of demised tour operator Thomas Cook, snapping up German airline Condor. The acquisition will need the green light from Brussels first though.

The Commission’s inquest into the proposed tie-up between aerospace firms Embraer and Boeing was paused once again, as the EU executive’s competition officials asked for more info from the two companies. It has just been approved by Brazil’s regulator though.

Boeing had slightly more luck at the weekend as its new aircraft, the 777X, successfully completed a test flight. The US outfit’s run of bad luck appeared to be continuing on Friday when bad weather delayed the giant plane’s debut outing.

The EU’s leaked industry plan goes big on retooling competition rules to help Brussels punch above its weight globally. The current rules were heavily criticised after the Alstom-Siemens merger went south but now the French trainmaker is gunning for second time lucky with a mooted tie-up with Canada’s Bombardier.

Denmark is looking into building an undersea tunnel for rail and road that could cut 90 minutes of the journey between its two main cities, Copenhagen and Aarhus. The plan could also reduce internal flights but is subject to an environmental study.

EU statistics compiler Eurostat revealed that railway accidents fell by 25% between 2010 and 2018. By the end of the decade the main type of incident was unauthorised people trespassing on tracks.

France is hoping to break ground on a new high-speed line between Toulouse and Bordeaux in 2022, in a 222km-long €7bln mega-project. Local authorities have suggested helping to pay for the line with an eco-tax and levy on office buildings.

And German railway firm Deutsche Bahn unveiled a brand new set of uniforms for its train staff and managers. Fashionistas can check them out here.

Europe’s new rocket prototype, Ariane 6, will get a boost of €100m from EU funding, after the Commission announced new support for the launcher, expected to make its debut trip to space later this year.

The idea is to tap more into a space economy estimated to be worth €1 trillion by 2040, by taking satellites and maybe even people into orbit. Although Ariane 6 is not reusable, new manufacturing techniques mean that it could be a money-spinner.

One of the satellites that might piggyback on an Ariane 6 is Sentinel-6, one of the next members of the EU’s Earth-observation programme Copernicus. Tune in tomorrow to find out what the new name of the CO2-monitoring orbiter will be.

Boeing’s new 777X is a big beast. Here it is waiting for its maiden test flight. 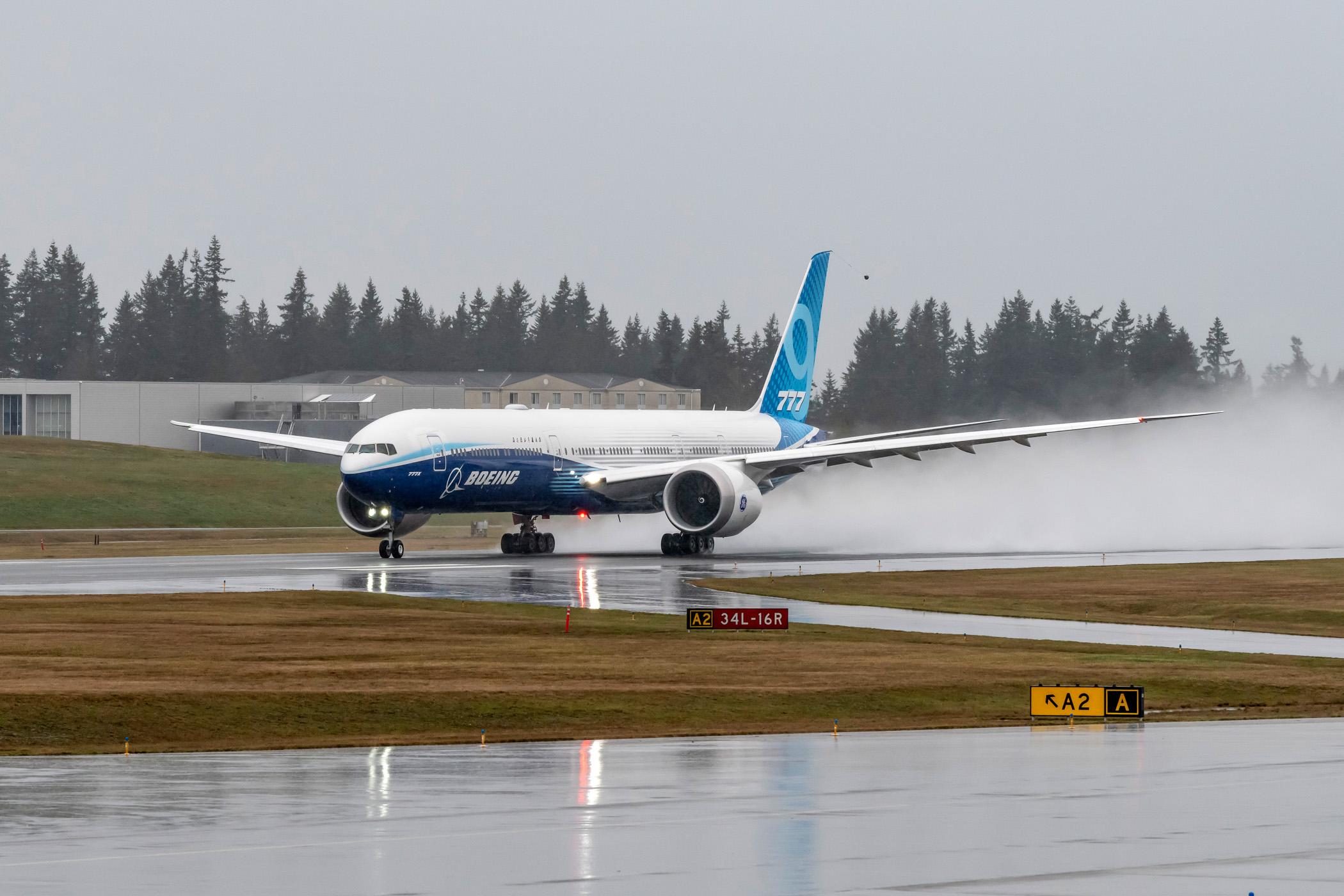 Negotiators from the main three EU institutions meet for the first time later today to discuss rail passenger rights, in what is the first trilogue on the file. Issues on the table include level of compensation in case of delays and cancellations, carriage of bicycles and so-called through tickets.