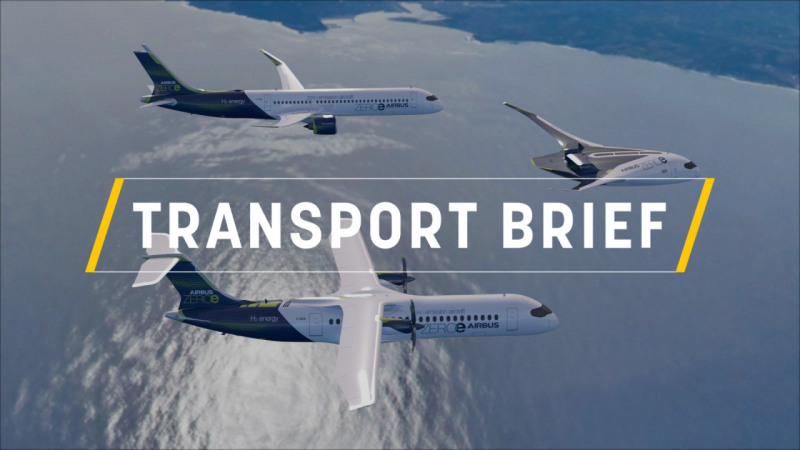 Your one port of call for all things mobility [Photo: Airbus]

In this edition: unpicking the transport parts of the EU’s new climate target, aviation’s quest to go green and cyclists rule the roads for once. But first, here is this week’s vlog!

VW brokered a deal with a Chinese carmaker that should help the German marque meet its EU CO2 target. Five years after Dieselgate, duped motorists are still waiting on compensation from the firm.

An internal combustion engine ban could also be part of the decarbonisation drive, although single market rules mean it will be a complex endeavour. The UK will reportedly bring forward its phase-out deadline from 2040 to 2030.

A new bridge linking Hungary and Slovakia across the Danube opened. Funded to the tune of €100m by the EU, the roadway removes a difficult bottleneck. The old bridge could only support vehicles weighing under 20 tonnes.

Congratulations to Tadej Pogačar for winning the Tour de France, the first Slovenian to do so. But watch out on the roads: in Luxembourg, professional riders were shocked when a truck made its way onto the race course.

The first recorded bike path was opened 135 years ago in Utrecht. Plenty of Brussels residents used modern equivalents on Sunday during the annual car-free day, although many people were worried about the lack of bike-handling skills on show.

The Commission will shortly unveil its updated proposal for the air traffic management system known as the Single European Sky. Member states have blocked the reviewed rules for years and this is intended to finally inject some momentum into the process.

Planes will be expected to fly environmentally friendly routes under the new plan and airspace charges will be adapted to better reflect environmental footprints. More on this soon.

Airbus revealed its plans for zero-emission flight with three separate concepts, all fueled by hydrogen. The aerospace firm aims to put a plane in the sky by 2035, using money allocated by the French government under its virus bailout scheme.

Lufthansa is eyeing more job cuts on top of the 22,000 already announced, despite getting €9bn in state aid, as the German flyer loses €500m every month. A slower-than-expected recovery in air travel demand is to blame.

French high-speed train builder Alstom reduced its offer for Bombardier’s rail branch by €300m, citing a poor quarter by the Canadian firm. The Commission gave the green light to the merger in July.

According to the EU’s auditors, poor management of the emissions trading scheme is penalising rail operators in favour of airlines, by allowing carriers to enjoy free pollution permits. The ETS is due for review next year.

MEPs signed off on relaxed rules for the rail sector, including lower track access charges and longer grace periods for payments. After the Council formally adopts it, the update becomes law.

Lawmakers were also supposed to vote on whether to grant France a mandate to broker a new Eurotunnel agreement with the UK but it was pulled from the agenda at the last moment.

Spiegel reports on how Germany is planning a resumption of the hugely popular Trans Europe Express rail service. To get you in the mood, here is the only possible soundtrack.

MEPs voted as expected and agreed that the maritime sector should be included in the ETS. Lawmakers gave the Greens’ Jutta Paulus a pretty strong mandate for when trilateral talks begin later this year.

Embedded in the Commission’s 55% number-crunching is a mention of expanding the ETS to other sectors. The EU executive is not ruling out an “intra-EU only” carbon market for maritime but is also mulling the merits of a catch-all system as championed by MEPs.

Travel restrictions pushed P&O Cruises to cancel all of its Caribbean sailings until early next year. Parent-company Carnival is already in dire financial straits, having posted billions of dollars in losses.

A ferry carrying 300 passengers between Finland and Sweden ran aground in the Baltic Sea. No injuries were reported.

In Greece, a rare storm dubbed a ‘Medicane’ caused vast swatches of damage, especially to boats that were either moored off the coast or even in ports. The coastguard said 82 sank, 10 ran aground and 10 were damaged so far.

The Commission approved €52m in EU funding to help upgrade a canal in Poland’s Szczecin port, allowing it to accommodate larger vessels. The move is reportedly aimed at reducing Russia’s influence in the logistics industry of the Baltic.

Not a bad place for a shipwreck… 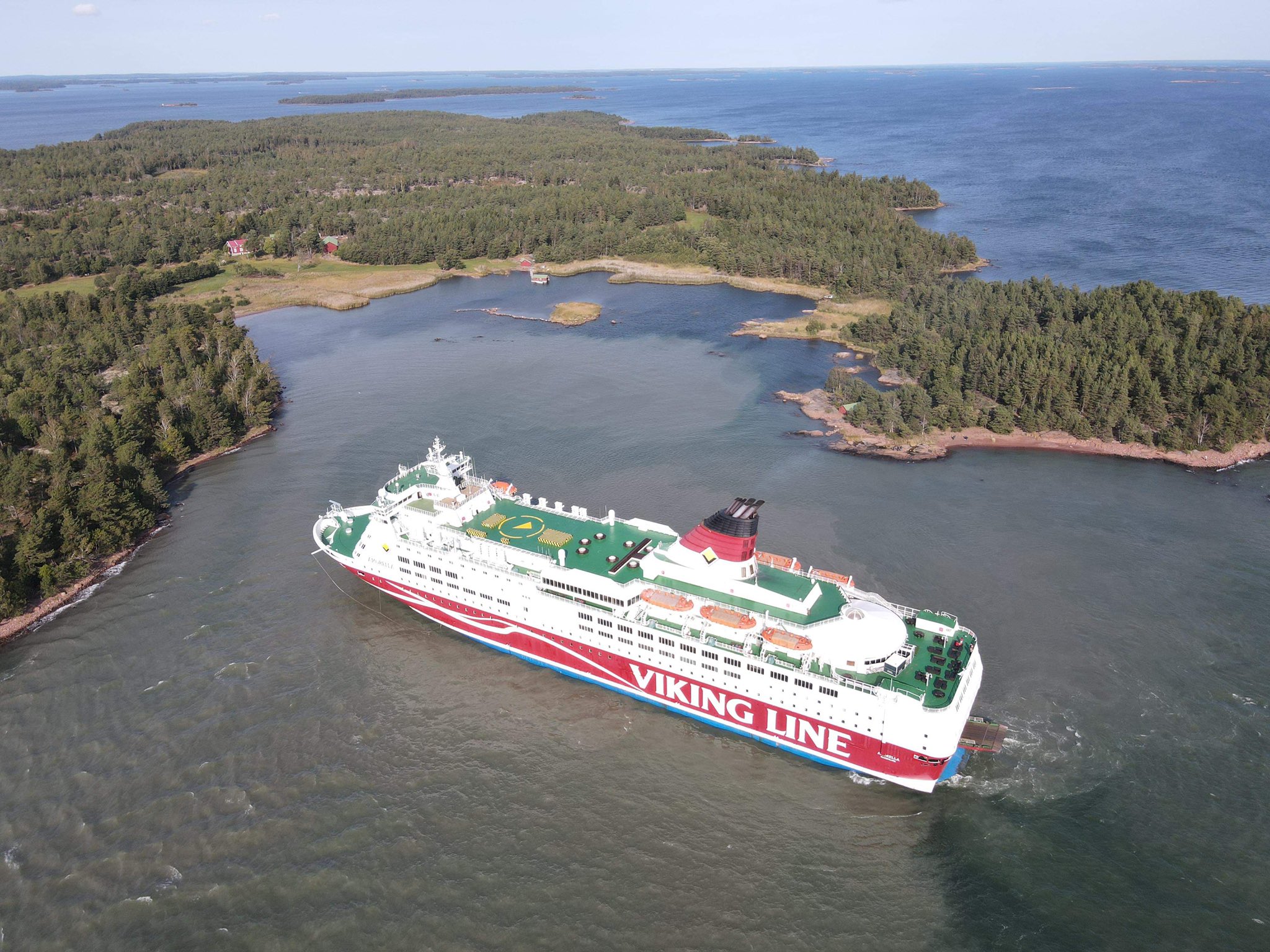 The Single European Sky proposal will officially drop by the time this newsletter hits your inboxes. Stay tuned to the site for full analysis of the Commission’s update plan.