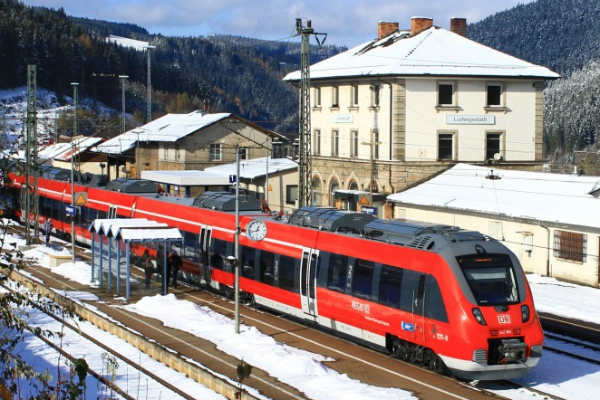 Europe’s railways need more competition and less bureaucracy if they are to reverse the decline in use, Transport Commissioner Siim Kallas said Tuesday (19 February) as he sought to warm up MEPs to a new liberalisation plan.

“Competition will improve the efficiency of passenger rail service, ensure better value for public money and encourage innovation,” Kallas told the committee. “The Commission has proposed introducing opening domestic rail markets to competition, but in a regulated and progressive way.”

Still, the rail package marks a step back from earlier plans to break up railway operations by 2019 – known as unbundling – by allowing EU countries some flexibility in the route they take to creating competitive markets.

The package marks a victory for powerful state rail companies. Under the Commission’s plan, rail holding companies like Deutsche Bahn and France's SNCF could continue to provide infrastructure, cargo and passenger services so long as they separate their financial and managerial operations.

Britain and Sweden, on the other hand, prefer a system where the infrastructure is managed separately from trains themselves. Both countries have opened their markets to competition.

The Commission proposal expands on past initiatives by calling for a complete opening of domestic passenger rail services to competition by 2019 and strengthening the role of the European Railway Agency (ERA) to allow to issue safety certificates for trains operating anywhere in the EU.

International services were opened to competition in 2010.

Kallas said the draft package was aimed at reversing stagnant growth in rail passenger use and a decline in cargo hauling. The latter is blamed in part on congested and complicated safety and certification requirements that still vary from state to state.

Still, rail is seen as the most expedient way to reduce vehicle pollution and ease highway and aviation congestion in the EU. But it has kept a relatively low market share of about 6% for passengers and 10% for cargo services.

The Commission also seeks to create a network of infrastructure managers – those who build and maintain the railway corridors – to streamline transnational operations and certification.

Kallas also warned that current financial trends are unsustainable. State companies continue to depend heavily on public subsidies  – €46 billion in 2009- while many rail systems are burdened by debt – €28 billion for SNCF, he said.

Slow sales have led the EU’s 900 producers of railway equipment to increasingly turn to foreign markets, the commissioner told MEPs.

Kallas’ presentation was overshadowed by concerns about financing for transboundary freight corridors and high-speed rail lines. The 8 February EU Council budget deal calls for slashing spending on transport and other infrastructure projects.

Karim Zéribi, a French Green who is a substitute on the transport committee, said Europe needs “€300 billion in [rail] infrastructure investment, but only €8 or €9 billion was proposed by the Commission.”

The latest railway proposal comes 12 years after the first package of legislation aimed at injecting competition into Europe’s market and creating a seamless travel and cargo links across the 25 EU countries with railways – Malta and Cyprus do not.

>> Read: Europe's rails: A bumpy ride to a single market

The earlier rail packages were:

Attempts to create an interoperable European system date to the Treaty of Rome, when a European transport policy was considered, and an earlier European Conference of Transport Ministers called for better continental interoperability.

The European Commission’s recast of the first railway package in 2001 was adopted in 2012. It was designed to address the historic challenges to creating a consolidated railway market, which in the eyes of the EU executive include too little competition, poor regulatory oversight and inadequate public and private investment.

The EU has also proposed price incentives to modernise services, expand the network and encourage the development of quieter and safer trains.