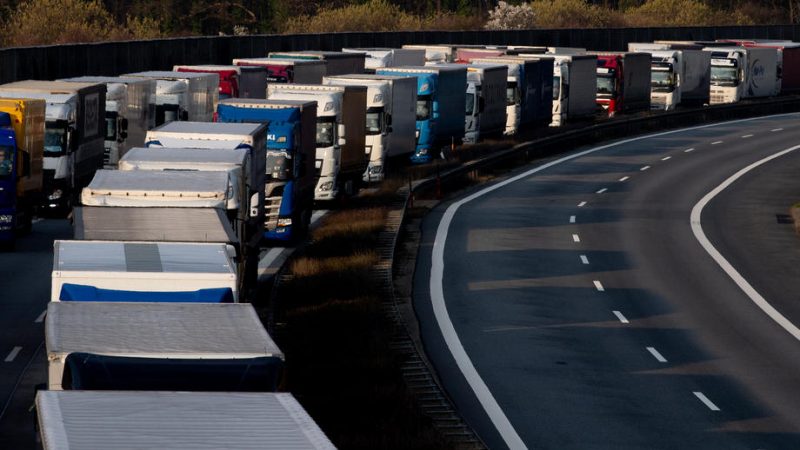 Trucks in a long traffic jam as they wait for border control on the motorway A4 near Bautzen, Germany, 19 March 2020. [Photo: EPA-EFE/FILIP SINGER]

Under new guidance notes, the EU executive asks all member states to set up dedicated freight channels at international frontiers along the bloc’s trans-European transport network, also known as the TEN-T corridor.

The so-called green lanes should be open to all hauliers no matter what freight they are carrying and border crossings should take a maximum of 15 minutes.

Commission President Ursula von der Leyen said that “the measures introduced to slow down the spread of the virus have also slowed down and sometimes paralysed transport”.

She called on EU members to follow her institution’s advice, withdraw any restrictions on driving – such as night or weekend bans – and cut back on the amount of paperwork needed to cross internal borders.

The International Road Transport Union (IRU) said it was disappointed with the Commission’s time provision.

“We know by experience that maximum 15 mins per truck will continue to result in huge delays and the situation will remain unchanged. There shouldn’t be any systematic checks at borders,” said the group’s general delegate, Raluca Marian.

IRU did welcome that the green lanes will be accessible to all types of goods though. Marian said in a statement that “all goods being transported by road are essential”.

Non-discrimination on what freight is eligible for the fast-track crossings will also please the European Parliament. The head of the assembly’s agriculture committee, Norbert Lins, had urged the Commission to include foodstuffs in the green lane criteria.

Huge tailbacks and log-jams have emerged at crucial crossing points over the last week, after countries like the Czech Republic and Poland decided to close borders or implement extensive checks. Some traffic jams stretched for more than 60kms.

According to freight tracking app sixfold, crossing times between those two member states, as well as Slovakia and Hungary, were taking more than an hour at the time of publishing. One of the main border checks between France and Spain is also experiencing long delays.

The Commission’s practical advice suggests that truck drivers should not have to leave their vehicles during inspections and should only have to carry essential documents like driving licences and IDs.

“The green lanes are specifically designed to protect transport workers at the frontline of this crisis. This set of recommendations will ease their already stressful mission and will bring more safety and predictability to their work,” said EU transport Commissioner Adina Vălean.

Special lanes should also be set up to allow health workers to get to and from work, while each country should keep at least one airport fully functional to serve freight and repatriation flights.

Poland has already organised the return of mostly Baltic states’ citizens after the government in Warsaw closed the borders. Special trains, road convoys and ferries transported people non-stop from the German border to the Lithuanian frontier last week.

The Commission also encouraged non-EU countries that border the bloc to coordinate their border efforts with transport ministers, who set up a dedicated platform last week during an informal meeting. 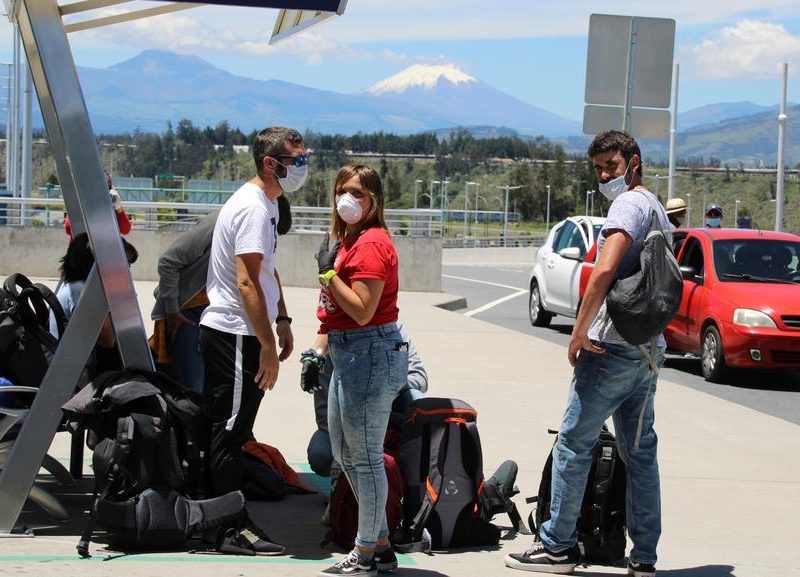