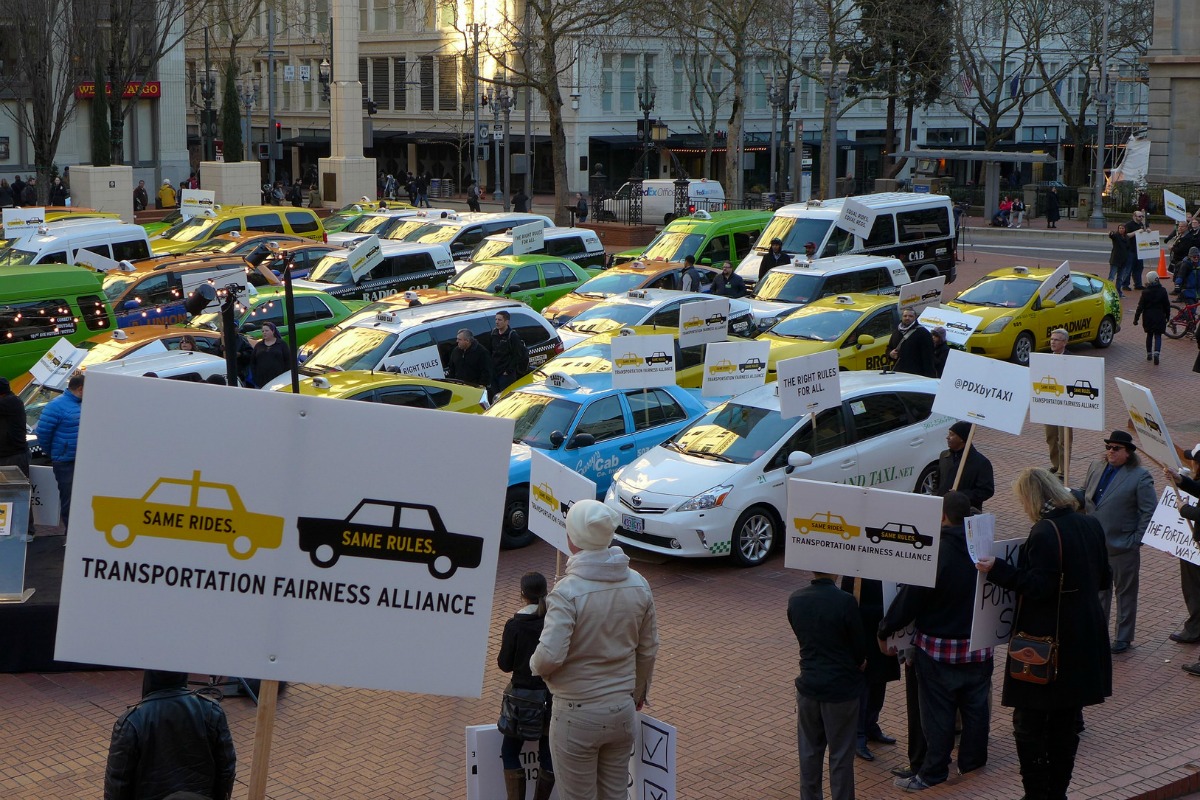 Taxi driver associations from Latin America and Europe teamed up in their campaigns against Uber and Cabify, following sometimes violent protests over the ride-booking apps.

Daniel Medina, of the Organized Taxi Drivers of Mexico City, announced an “international front against the illegal operations of these global companies such as Uber that put the taxi sector at risk.”

In a teleconference from Madrid, the leader of the Elite Taxi organization, Miguel Chacon, said drivers from the Spanish capital would protest in front of the Mexican embassy on July 29 in support of their Mexican peers.

“Uber came to our country and completely destroyed our social economy,” Chacon said.

But Medina and Chacon did not give more details about what actions the associations might take.

Taxi drivers have held protests in Mexico, Brazil and Colombia as well as Europe. In Paris, a demonstration turned violent last month.

In Latin America, Uber drivers or their cars have been physically attacked or threatened by taxi drivers.

>>Read: Uber chief: ‘Uber and Europe is definitely a conversation worth having’

Taxi unions argue that Uber represents unfair competition because its drivers do not face the same license fees and other taxes, allowing them to charge much less for rides.

Uber suspended its UberPOP service in France on Friday, six months after it was banned.