Lawmakers back EU-wide ban on new fossil fuel cars from 2035, despite strong lobbying 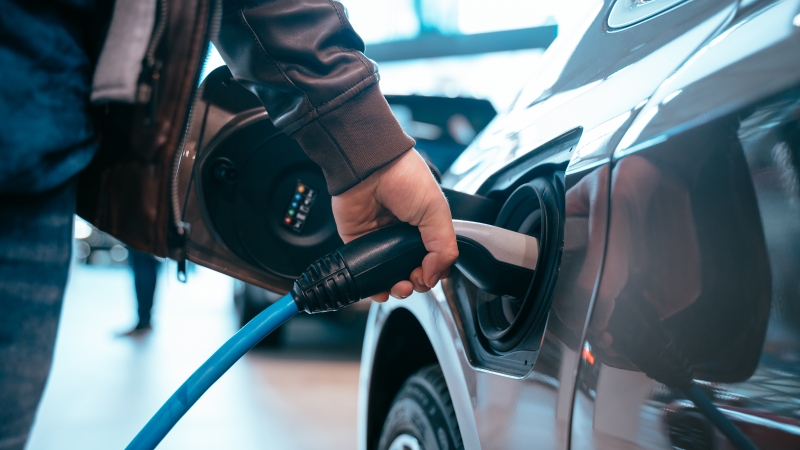 MEPs adhered closely to the European Commission’s original proposal, with lawmakers refusing to back calls to heighten or water down targets. [Hrecheniuk Oleksii / Shutterstock.com]

Lawmakers in the European Parliament’s environment committee voted to uphold a proposed ban on the sale of polluting vehicles from 2035 but narrowly rejected proposals for stricter 2030 targets on cars and vans that would have made the transition smoother.

MEPs adhered closely to the European Commission’s original proposal, with lawmakers refusing to back calls to heighten or water down targets.

Centrist Dutch MEP Jan Huitema, the lead lawmaker on the file, had pushed to increase the Commission’s goal of a 55% cut in CO2 emissions by 2030 compared to 2021 levels up to 70%. The aim was to ensure a smoother transition towards the 2035 end goal of reaching zero emissions.

Efforts to insert a 2027 interim target to bridge the gap between the 20% cut required in 2025 and the 55% reduction required in 2030 was similarly rejected by lawmakers.

The centre-right European People’s Party (EPP) group were the most vocal opponents of increased targets. Together with the conservative European Conservatives & Reformists (ECR), they had sought to replace the de facto ban on fossil and diesel vehicles by 2035 with a 90% emissions reduction target. This too, was rejected by the committee.

Pascal Canfin, a French MEP who chairs the Parliament’s environment committee, criticised the EPP’s position, saying: “it is not based on an industrial reality” but on “a purely ideological position consisting of saying ‘we do not want the end of the combustion engine’”.

The committee also voted against a provision enabling the use of e-fuels, which industry has touted as a means to extend the life of the internal combustion engine.

If manufactured with green electricity, e-fuels can be carbon neutral. However, they are not entirely emissions neutral, as NOx is released when the fuel is combusted.

“With CO2 standards, we create clarity for the car industry and stimulate innovation and investments for car manufacturers. This will improve air quality over time and contribute to reaching our climate goals,” said MEP Jan Huitema, adding that the rules will make zero emission vehicles cheaper.

The proposed measures currently being debated are part of the EU executive’s package of climate and energy laws, which aims to reduce the bloc’s greenhouse gas emissions by 55% by 2030 and set a path for achieving net zero by 2050.

The next step will be a vote in the Parliament’s Plenary session in Strasbourg, which will take place on 7-8 June.

Meanwhile, EU member states are expected to adopt their position on the file on 28 June, clearing the way for so-called “trilogue” talks with Parliament to finalise the legislation in the months that follow.

Lawmakers’ decision not to embrace an interim target was criticised by the clean mobility NGO Transport & Environment, who said it will hurt the switch to zero-emission vehicles.

“The electric vehicle boom will falter for the next 10 years unless lawmakers step in with an interim target in 2027 and a more ambitious goal in 2030. Without it, Europe may not sell enough zero-emissions cars to meet its own 2030 goals as well as those of many EU countries,” said Alex Keynes, clean vehicles manager at T&E.

CLEPA, an organisation advocating on behalf of auto part manufacturers, had openly fought against the ban on internal combustion engines, arguing that the EU should adopt a technologically neutral approach.

“Today’s vote does not suggest that there is a majority for stricter targets than those proposed by the European Commission, which already risk half a million auto supplier jobs in the powertrain domain by 2040,” said Sigrid de Vries, Secretary General of CLEPA.

“A 100% target measured at the tailpipe is a de facto ban on the internal combustion engine, discarding years of European innovation in a technology that can be climate-neutral and is needed for a manageable and efficient transition,” she added.

CLEPA also criticised the committee’s refusal to support the use of e-fuels as a means to extend the life of internal combustion engines.

The trade association argued that taking e-fuels off the table could have “negative side effects on employment, choice, and affordable mobility”.

Lawmakers faced intense lobbying ahead of the environment committee vote, with the car industry strongly pushing to have their voice heard.

According to data complied by InfluenceMap, an NGO tracking lobbying’s effect on climate legislation, key MEPs were targeted ahead of the vote.

Car companies including Renault, Toyota, and BMW, were branded as “oppositional” to the proposed legislation, with Tesla and Volvo ranked as “supportive”.

Volkswagen, the world’s largest car manufacturer, was judged to have a mixed approach.

Rapporteur Jan Huitema met with a wide range of organisations while compiling his draft proposal. Meeting with lobbyists is a “fine balance” between speaking to people in the field that will be affected by the legislation and being aware that they have a stake in influencing the vote, he told EURACTIV.

“I’ve always had the philosophy to invite and to speak with a whole spectrum – people that are in favour, that are neutral, that are against, so really to speak to all the stakeholders as much as possible,” he said.

Talking to different stakeholders, from industry to NGOs, leads to better legislation, he argued.

In this file, Huitema said that lobbyists did not affect his point of view on raising ambitions. Rather it was the positions taken by the different political groups that had a greater effect on finding watered down compromises, he pointed out.

MEP Jens Gieseke, a centre-right lawmaker with the EPP group, met with six lobby groups according to InfluenceMap. Asked by EURACTIV about these meetings, Gieske said it was important to frequently exchange with experts, associations, and individual interest groups.

“A smart climate policy is ambitious, but also realistic. Politics needs feedback. Only if I seek dialogue with experts, citizens and practitioners on the ground can I balance my decisions in a well-founded way in the parliamentary process,” he told EURACTIV.

Japanese car manufacturer Toyota said that it supports the European Commission’s ambition to achieve carbon neutrality by 2050 and has a “responsibility” to engage in debates on public policy.

“It is an important part of the consultative process for all stakeholders including MEPS, but ultimately decisions are made by the legislators,” said a Toyota spokesperson. “Once implemented, we respect and follow these regulations wherever we operate.”

Volkswagen told EURACTIV that their policy positions are publicly accessible and that they aim to provide “truthful and comprehensive information as well as reliable and competent advice” to lawmakers.

BMW did not immediately respond to EURACTIV’s request for comment.

The trade associations highlighted by InfluenceMap stressed to EURACTIV that they adhere to all codes of conduct that regulate the policy making process and are signatories of the EU Transparency Register.

“Like any other stakeholder or civil society actor affected by European Union policies, ACEA wants its opinion to be taken into consideration as part of the decision-making process,” a spokesperson for the car manufacturers group told EURACTIV, adding that their aim is to “constructively contribute to effective policy and legislation”.