The European Investment Bank had a bumper 2019 and has big plans for 2020, according to the EU lender’s president. A review of how the bank gives money to transport projects like motorways and airports is on the cards.

“We are entering a fundamental, broad debate on this and we need consistency between our policies,” Werner Hoyer said, adding that a long consultation period is needed. The review is likely to only kick off once the Commission has firmly laid out its plans for the sector.

A new report by the European Environment Agency concludes that walking, cycling and public transport are greener than ride-hailing and e-scooters, which attract passengers that would otherwise have walked. That is a conclusion also noticed in Oslo.

The EEA also found that car CO2 emissions continued to rise, renewable energy is still lagging behind a 2020 EU-wide target and aviation emissions are growing the most of any transport type.

Emmanuel Macron wants to get ready for an electric future though. A new battery factory is the first stage of an ambitious new industrial policy meant to take the fight to Southeast Asia’s market leaders.

It is a lucrative market. In December, Tesla’s Model 3 was the third best-selling car of any type in Europe. Overall plug-in sales for the year increased 91% and post-Brexit Britain is bringing forward a phase-out date for the combustion engine from 2035 to 2040.

Germany is putting its money where it mouth is: the Commission approved last week €300m in state aid for electric buses and chargers. Northern Ireland bought its first hydrogen buses, while Ireland opened a bypass, which includes the longest bridge in the country.

Hydrogen could soon be deployed more in Belgium too, once a new project on the North Sea coast starts producing the carbon-free fuel from surplus wind power. It is the first scheme of its kind in the world.

The EU is updating rules on how shipping emissions are monitored and MEPs are having their say. Greens lawmaker Jutta Paulus has published her draft report on the MRV regulation, calling explicitly for the sector’s inclusion in the Emissions Trading Scheme.

A taste of climate-related disruption hit Europe last week: low water levels in the Danube closed the continent’s longest river to shipping after a vessel ran aground.

As the coronavirus continues to concern health services around the world, the International Maritime Organisation issued recommendations on how sailors and boat passengers can reduce the risk of infection. Wash your hands is chief among them.

One of the oldest shipowners in Belgium has pledged to have a zero-cabron fleet by 2050 and will offset all its emissions from this year. CMB is at the forefront of green shipping: in 2021 it will launch the world’s first hydrogen tugboat.

Roughly 2 billion animals are transported by sea every year in what is a multi-billion-euro global trade. But the vessels used to ship livestock are often old and not built-for-purpose. Read more here about the severe animal welfare concerns.

As of 30 April, the Eurostar will operate return London-Amsterdam services. Rotterdam will follow in May, after the Netherlands agreed to put in place the necessary facilities for checking passports.

Brussels public transport provider STIB published a rather touching video to commemorate Brexit, including all of the stops that take their inspiration from Britain in some way. Mind the Brexit gap here.

Brexit phase 1 is over but what is next? Europe’s aviation safety regulator confirmed that rules will still apply to the UK until at least 31 December but that Britain will have no say over any decisions made up to then. Where have we heard that before?

An inquest into a proposed merger between US aerospace giant Boeing and Brazil’s Embraer is on ice for now, a Commission spokesperson confirmed. More info was needed from both companies, although the Brazilian regulator has given the green light.

More and more airlines are cancelling flights to the Chinese mainland because of the coronavirus. Even racing series like Formula E and Formula One have or are thinking about cancelling events in the area.

EU auditors have concluded that imaging technologies like the Copernicus satellite programme need to be used more in the agri sector. Their report called for agrimonitoring to be deployed more to observe climate and environmental requirements.

A new Copernicus satellite waiting to blast off, Sentinel 6, was given a new name before it is launched into the cosmos. The sea-level-monitoring orbiter will now go under the name ‘Michael Freilich’, an influential NASA official.

Russia wants to deploy nuclear power in space and has big plans to build a tug, capable of transporting heavy cargoes like lunar and planetary bases. It has been in development since 2010 and is supposed to launch in 2030.

A new telescope in Hawaii has taken the most detailed picture yet of the Sun. For scale, each of the cells in the image below are about the same size as France. 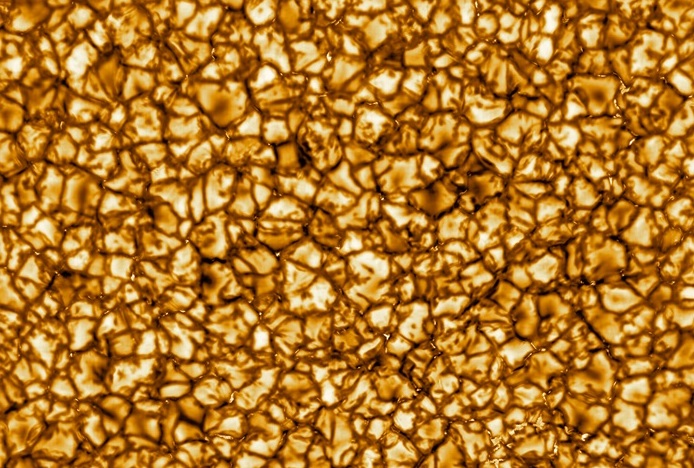 The IMO’s sub-committee on ship design and construction meets this week.

The European Economic and Social Committee debates rare earth materials and batteries at 10am on 5 February.