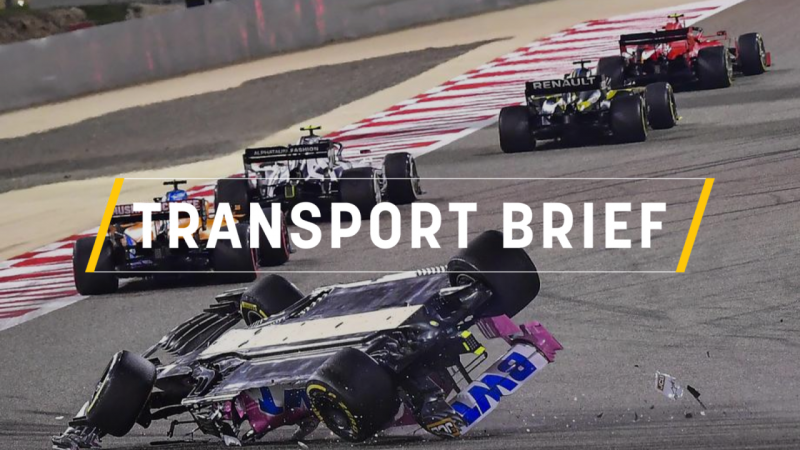 In this week’s edition: the EU is struggling to link renewable energy and transport, aviation’s impact is greater than feared and the Eurostar risks going off the rails. First up is the latest vlog, this time on what Brussels is going to do about road transport’s emissions problem.

The European Environment Agency published early data for 2019 that shows overall GHG emissions fell 4% and renewable energy targets are on track. But for transport, the chances of meeting the 10% clean energy goal look “tenuous”.

German Chancellor Angela Merkel urged the Commission not to ban the internal combustion engine, insisting it would not be feasible. A sales ban is likely to be incompatible with single market rules but a de facto phase-out via emissions standards is possible.

EU batteries head-honcho Maroš Šefčovič insists the bloc could be self-sufficient in producing electric vehicle power packs by 2025. The recovery fund could contribute to building up capacity, he added.

Denmark’s €8 million scheme to boost the number of e-charging spots around the country got the green light from the EU’s competition regulators. The investment will be distributed via non-repayable direct grants.

Second-hand cars and old bangers are enjoying a comeback, according to Reuters. Social-distancing-minded commuters are turning to cheap motors to avoid public transport.

Bond car manufacturer Aston Martin has allegedly been caught out lobbying against electric vehicles, by setting up a shell company to fund research that downplays the emissions-busting potential of EVs. Read more about ‘Aston-gate’ here.

Cycle paths endured a torrid week. In Kiel, the city – ridiculously – installed air-pollution cleaners in the middle of the bike lane. London also decided to remove a path that has proved to be hugely popular from the middle of the English capital.

New climate numbers from the Commission warn that the non-CO2 impacts of aviation are substantial. NOx, soot and water vapour could triple air travel’s environmental footprint. Read more here on which measures could be deployed to reduce it.

Competition Commissioner Margrethe Vestager acknowledged that her services are “closer to reaching a decision” on embattled-airline Alitalia. However, she declined to say whether there is a deadline or not.

British Airways provoked fury in Wales when the carrier wished the England rugby team good luck ahead of a match against the Welsh national side. BA issued an apology but for many it was too little too late.

Eurostar is on the ropes, thanks to COVID. The cross-Channel rail firm wants the UK government to provide aid to help it survive the crisis, which has seen it scale back services from up to 50 trains a day to fewer than ten.

The Commission proposed new rules that should buy France the time needed to broker a new deal with the UK on who has jurisdiction over the tunnel, as well as a nine month transition period for train licences. Full text here.

An Italian rail operator and Germany’s state-owned firm, Deutsche Bahn, are both going to invest in hydrogen power. Ferrovie Nord Milano will take delivery of a few trains, while DB will test its own custom-built locomotive.

Austria is waving track access charges and putting in place measures designed to help the passenger and freight rail sectors. The Commission gave Vienna the green light to press ahead, as competition rules came into play.

Although international rail travel is currently suspended, Latvia is in talks with Russia’s rail operator about linking Riga with the St Petersburg-Kaliningrad line that links Russia-proper with its Baltic exclave.

Turkish President Recep Tayyip Erdoğan is still adamant that a canal will be built that bypasses the Bosphorus. At a cost of $9 billion, the Canal Istanbul project is seen by many analysts as a way to get around a pact that limits what warships can access the Black Sea.

Ferry company DFDS announced a new Ireland-France freight service that will cut the UK out of the transit equation completely as of January. It means a direct and paperless route for EU firms to do business.

Italian astronaut Luca Parmitano, one of the European Space Agency’s cohort of spacemen, is the subject of a new movie, which he helped film while aboard the International Space Station.

ESA settled on Austria’s Josef Aschbacher, currently director of Earth observation at the agency, as its nominee to be its next director-general after a five-month-long recruitment process. The 22-member body will ratify his appointment at a meeting later this month.

Formula One driver Romain Grosjean narrowly escaped with his life on Sunday after a horrific crash in Bahrain caused his car to explode in a fiery blaze. The Frenchman only suffered burns to his hands and ankle, in what is a striking testament to the safety of the modern generation of cars. Such a crash in recent years would likely have been fatal.

Blimey. Grosjean escaping the fireball is one hell of an image #BahrainGP pic.twitter.com/wFq9YMbp9B

Be sure to tune into EURACTIV on Wednesday for a virtual event on how aviation can clean up its act. Registration here.