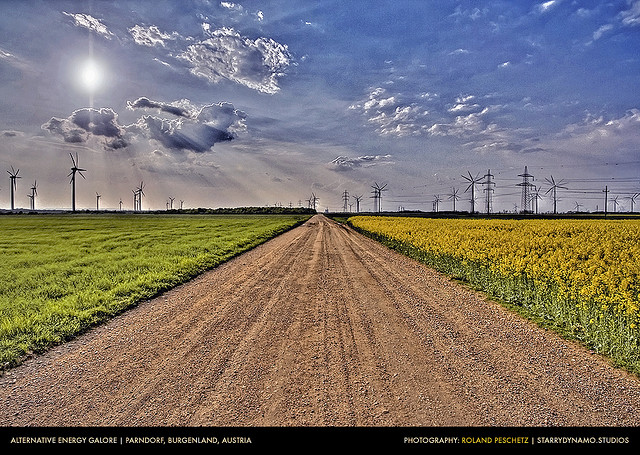 Increased biofuel production could lead to deforestation and an increase in agricultural prices. [Roland Peschetz/Flickr]

EU countries could increase their production of biofuels with a minimum impact on the environment, Utrecht University scientists concluded in a study published on Tuesday (13 January).

Biofuels are the main green alternative to fossil fuels used in transport, but they compete with feed crops that share the same agricultural land.

As a consequence, forests are being turned into farmland to increase the terrestrial surface for planting more food crops, a phenomenon known as indirect land use change (ILUC).

ILUC has been a major concern for the environmental campaigners, and generated heated debates among policymakers about how to increase the production of renewables without affecting the use of land.

But scientists from University of Utrecht found that ILUC could be prevented if under-utilised land is exploited for the extra production of biofuels.

“That way, crops won’t have to be relocated and there’ll be no need to convert nature areas into additional agricultural land,” said Birka Wicke, a Utrecht University scientist.

The research was conducted over a period of two years under an umbrella project financed by the Dutch Ministry of Infrastructure and the Environment. Cases assessed in Poland, Hungary, Romania, and Indonesia showed how much additional biofuel feedstock can be produced in a specific region with low risk of causing ILUC.

Wicke said that for instance in Poland, “the agricultural land in a single province was found to have the potential to meet the country’s overall target for second generation biofuels for 2020 – without causing ILUC”.

In Hungary, the results showed that the implementation of the study’s recommendations could provide from 1.2 to 5.2 billion litres per year of low-ILUC-risk bioethanol from corn in 2020.

“Increasing yields above the baseline is the most important measure for realising the potential,” said the scientists.

“It’s essential, however, that Europe develop a strategy to maximise the synergies between agriculture and bioenergy. Measures that focus on biofuels alone will not be enough to prevent ILUC.”

The European renewable ethanol association (ePure) said these findings are “a game-changer in the ILUC debate”.

“There is massive potential in Europe to produce sustainable biofuels with little or no ILUC impacts but we need to realise these benefits – more jobs, better resource efficiency and reducing GHGs [greenhouse gases] in transport,” ePure said.

As the European Parliament begins its work on the second reading on the Europe’s biofuel policy, Utrecht University scientists recommend EU countries to increase their investment in the agricultural sector as well as the sector’s productivity and resource efficiency. Providing support and incentives to produce on current under-utilised land will also diminish the ILUC negative effects, they say.

“Low-ILUC biofuels production will only happen when rules are set, which could drive up investments in their production. These rules would first and foremost ensure correct carbon accounting for biofuels, which includes ILUC factors and a cap (limit) on land based biofuels at current consumption levels.”

“Coming up with low ILUC promotion projects while not fixing the policy in the first place is like setting the exemptions before setting the rules, it simply cannot work,” she added.

Nusa Urbancic, energy manager at Transport & Environment, said,
"The report is not a new contribution to the biofuels debate: we all know that using less land leads to less ILUC. EU biofuels policy has failed because it doesn't differentiate between good and bad biofuels, and drives imports of cheap crops grown on deforested land outside Europe."
"This is a last-ditch attempt to keep unsustainable biofuels afloat. It's time to solve the problem by introducing robust ILUC factors and a cap – and not by introducing new loopholes."

Indirect land-use change' means that if you take a field of grain and switch the crop to biofuel, somebody somewhere will go hungry unless those missing tonnes of grain are grown elsewhere.