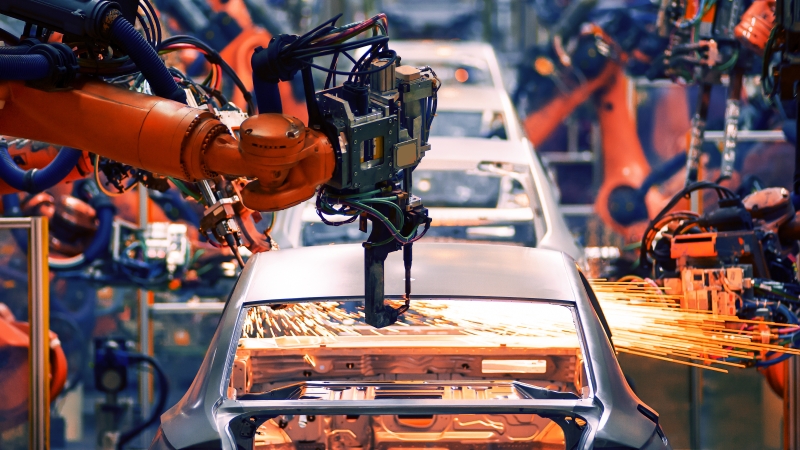 Britain’s mainly foreign-owned automakers produced 1.65 million vehicles in 2021, according to the Society of Motor Manufacturers & Traders (SMMT). That was up just one per cent from 2020 – but almost 29 per cent lower than the market’s pre-pandemic level in 2019.

“It’s been another desperately disappointing year for the car industry as COVID continues to cast a pall over any recovery,” SMMT chief executive Mike Hawes said in the statement.

The situation in the UK mirrors manufacturing issues faced on the continent. A November 2021 report produced by the European Automobile Manufacturers’ Association (ACEA) showed a mere 4.3% increase in vehicle production compared to 2020.

The low increase was attributed to the worldwide microchip shortage, which prevented car makers from ramping up production in line with demand.

The SMMT has predicted a recovery to 1.96 million cars in the UK this year, but the forecast predates the arrival of the Omicron coronavirus variant in late November.

The pandemic has ravaged demand for new vehicles since its emergence in early 2020, while a supply-chain crunch has also impacted the market.

Global car output has been held back by a worldwide shortage of computer chips, which are vital components in all vehicle types.

In the first quarter of 2021 alone, German manufacturers could not produce around 100,000 vehicles due to bottlenecks caused by the shortage, resulting in a €2.5 billion loss in sales for the German automotive industry.

The UK car industry is additionally grappling with trade fallout from Britain’s exit from the European Union at the start of 2021.

“Manufacturers continue to battle myriad challenges, with tougher trading arrangements, accelerating technology shifts and, above all, the global semiconductor shortage which is decimating supply,” added Hawes.

Despite the manufacturing barriers, the SMMT revealed record-breaking demand for electric cars last year, as consumers sought more environmentally-friendly transport ahead of a ban on high-polluting vehicles.

“The undeniable bright spot is the growth in electric car uptake,” noted Hawes.

“A record-breaking year for the cleanest, greenest vehicles is testament to the investment made by the industry over the past decade and the inherent attractiveness of the technology.”

EU member states are currently debating a proposed ban on the sale of polluting vehicles from 2035 as part of efforts to reach net-zero carbon emissions by 2050, while the UK government intends to ban new sales of diesel and petrol cars from 2030.