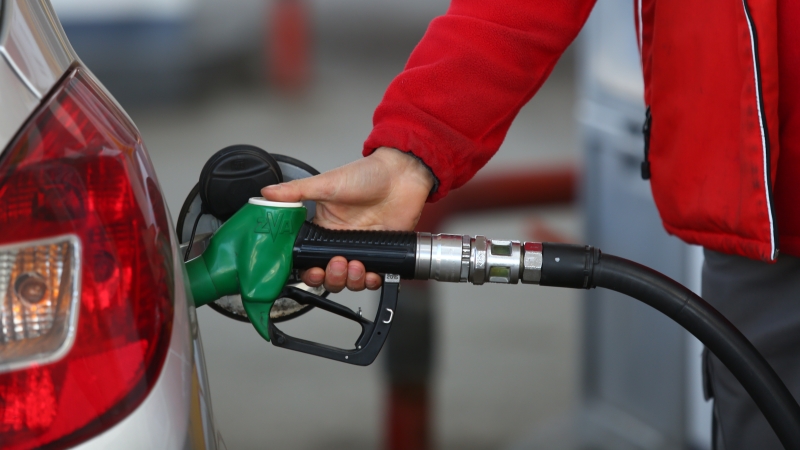 High and rising petrol prices supposedly driven up by Russia’s war on Ukraine have been a significant topic of German public debate since the invasion and the launch of sanctions against Russia. [SrdrOzsoy / Shutterstock.com]

Gas and oil prices have hit new highs this week, with crude oil prices surpassing $110 per barrel for the first time since 2014, as the war in Ukraine caused panic on energy markets.

The energy price was already historically high in Europe, and the war Russia is waging in Ukraine has only worsened the situation.

Europe is highly dependent on Russia for its fuel, with 40% of the EU’s natural gas and around 27% of its crude oil imported from the country.

Petrol has already risen to over €2 per litre at the pump in several EU countries, pushed up by concerns about the war in Ukraine and possible sanctions disrupting supply.

Already there are reports of petrol stations in the UK running dry as motorists scramble to fill their vehicles before prices increase further. Customers are reportedly turning to apps to search for the cheapest prices at filling stations in France.

In response, governments are seeking to shield consumers. Hungary announced a price cap on the wholesale cost of petrol at €1.30 per litre. Meanwhile, The Journal reports that Ireland’s foreign affairs minister Simon Coveney has called for “extraordinary flexibilities” at the EU level to deal with the spike in fuel costs.

Not only does this spike in fuel prices come as airlines emerge from a historic downturn due to COVID restrictions, the prohibition on entering Russian airspace now force eastward-bound flights to take longer routes, requiring more fuel.

A flight from Frankfurt to Beijing, for example, must now travel an extra 710 nautical miles to avoid blockaded airspace. And a journey from Helsinki to Tokyo will need to fly an additional 2,137 nautical miles.

Whether this increase in operating costs will be passed on to consumers by airlines in the form of higher ticket prices is yet to be seen, but it is unlikely that the situation will be resolved any time soon.

Alongside this, future sanctions on Russia’s energy sector could distort markets even more. So far, the EU has proven reluctant to target energy imports in its sanctions. Instead, it issued a ban on the export of technology used in oil refining.

Alongside this, EU financial sanctions, such as the ban of certain Russian banks from the SWIFT network, have been designed to skirt around the energy sector.

Two of Russia’s major banks, Sberbank and Gazprombank, are not subject to the SWIFT ban, allowing payments for energy imports to continue unhindered.

However, there is growing pressure to widen EU sanctions to cover Russia’s lucrative energy sector, which many fear is helping to fund its army in Ukraine.

According to the think tank Bruegel, it is estimated that EU countries spend around €1 billion on Russian energy per day – €600 million on natural gas and €350 million on oil.

Around two-thirds of that Russian oil is used in the EU’s transport sector.

There is a legal requirement for EU countries to have emergency oil stocks for at least 90 days, and many EU countries are exceeding this, she told journalists on Monday (28 February), following an emergency meeting of energy ministers.

On gas, she added that, if the supply were to cut off, Europe has sufficient storage and alternative sources to get through to the end of this winter.

But speaking to journalists after the meeting, Simson admitted rising oil prices had caused concern.

“The rise of oil prices caused concerns across the world, and this has created a discussion whether a coordinated release by International Energy Agency members of part of the existing strategic reserve would be necessary to stabilise the market,” she said.

Cutting off dependence on Russia

Simson argued that Europe must take transformative steps to prevent reliance on third countries for energy supply in the long term.

The Russian invasion of Ukraine has prompted a rethink of Europe’s reliance on Russian energy, with EU countries increasingly determined to curtail the amount of Russian gas and oil they import.

According to a leaked draft of a European Commission communication expected next week, Europe is now actively looking to ditch Russian energy.

However, a rapid pivot towards more alternative fossil fuel suppliers, such as Norway, the United States and Middle Eastern countries, has multiple challenges.

For instance, when it comes to gas, it is unlikely Norway would be able to provide any more supply than it is currently giving and turning to liquified natural gas (LNG) suppliers will see a price hike compared to cheap pipeline gas.

Meanwhile, a group of environmental NGOs called on the EU and the UK not to replace Russian oil with supply from the Middle East, saying it is “not a solution, not for the climate, not for human rights, and not for energy security”.

Turning to new fossil fuel suppliers would likely increase energy bills and transport costs, seeing even more pressure on European citizens’ finances and pressure on governments to alleviate that.