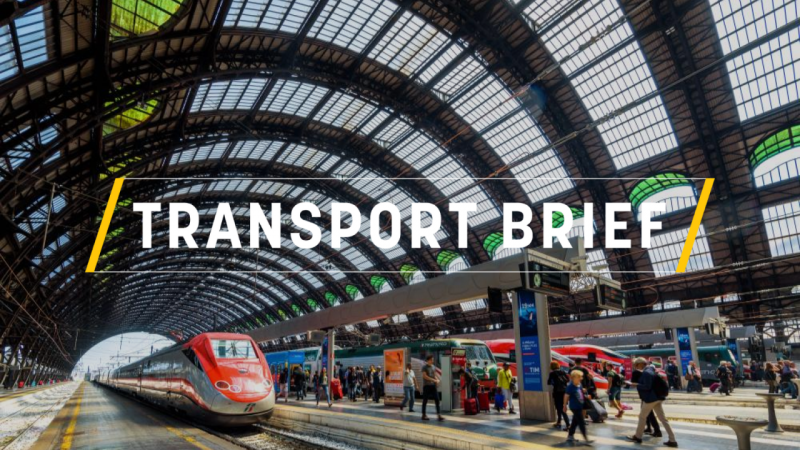 Transport Commissioner Adina Vălean spoke to us about the EU’s work in the sector, from green lanes and airline bailouts to passenger rights and rail’s resurgence. Read the full interview here.

High-speed trains could be set for a coronavirus dividend, as new-found public appreciation for air quality and health factors push more people away from airports or even their cars. Some of you voted in our online poll on this: here are the results.

A financing agreement for a planned rail link between Lyon and Turin will be extended through to 2022. That has prompted some MEPs to urge the Commission to suspend funding for the divisive project and redirect it to virus measures.

The head of France’s rail company has called for a ‘Marshall Plan for freight’ to help get more goods onto trains and off our roads, citing relative success stories in Austria and Switzerland.

Coronavirus has increased hygiene awareness: this is how Germany’s train operator makes sure its engines are up to code so that drivers remain healthy.

**No transport chat this week – back with more next time! Check out the archive here**

Commissioner Vălean said there must not be a backslide on passenger rights – MEPs voted in favour of that stance on Friday – but said she would not push for green strings to be attached to aviation bailouts, citing the need to protect the industry and deal with the recovery first.

Austria’s government sees things differently though and revealed an agreement on state aid for its airline – a Lufthansa subsidiary – is likely to be conditioned on environmental targets. Denmark got EU approval for another support scheme too.

Portugal is another country preparing to deploy a bailout and may even nationalise its flag-carrier, TAP. Stay tuned to the website for a special report from across Europe and the state of its airlines.

Ryanair held onto its dubious accolade of being the only non-coal power plant to make it into the EU’s top ten polluters. In terms of sheer numbers, the low-cost flyer has been most affected by the virus outbreak so far.

Nine years late, Berlin’s Brandenburg airport is actually on track to open on 31 October, after operators got the final permits needed to open the new hub. Due to reduced air travel demand, Tegel could shut ahead of schedule.

Repatriation flights keep coming in thick and fast, here’s the full list. Remember how Serbia’s president groused that EU solidarity was dead? Here’s another cargo plane arriving in Belgrade with tonnes of medical equipment on board.

Prague airport reported a number of cyber attacks, while there are plans afoot to set up a travel corridor between the Czech Republic and Croatia, so that locals can go enjoy the Adriatic coast during the summer months.

Internal market Commissioner Thierry Breton told MEPs on the transport committee this morning that the tourism sector is the hardest hit by the virus and suggested that a special summit in September or October could be organised.

US airline United has agreed to sell some of its planes to a Chinese company, which will then lease the aircraft back, in the latest attempt to build liquidity to ride out the slump prompted by the virus.

Boeing is still trying to get the green light for its grounded MAX aircraft – yet to be certified to return to service after two deadly crashes – and new criteria from US regulator the FAA means the firm will have to retool its autopilot systems.

Frans Timmermans co-wrote in an op-ed exclusively published on the site that delaying stronger car emission targets will not help carmakers, because cities are banning diesel and petrol, while drivers want cleaner vehicles.

The EU climate chief’s words are aimed squarely at the bloc’s powerful auto lobby, which is pushing for a delay and citing the virus as an excuse. German carmakers are already thinking about the recovery and have called for more incentives to go green.

Freight companies are struggling to deal with the outbreak’s impact and the head of the International Road Transport Union writes in this piece that drivers are having to go without proper rest facilities when out on the highways.

France finally turned in its 2030 climate and energy plan to the Commission, in which it pledges to enforce EU emission targets and incentivise cleaner vehicles. Ireland’s is still missing in action and new data says it will miss its 2020 renewables target.

Film composer Hans Zimmer – known for his Gladiator, Dark Knight and Pirates of the Caribbean scores – is writing the soundtrack for BMW’s new electric car. As of July 2021, all EVs will need artificial sound under a certain speed for safety reasons.

The International Maritime Organisation’s latest meeting was done by correspondence due to the current health measures, the first time a meeting has not been held live in the UN agency’s decades of existence.

American TV quack ‘Dr Phil’ complained that the US is not shut down every year by the 360,000 people killed every year in swimming pools, in a misjudged attempt to draw a parallel with the virus. The World Health Organisation quickly reshared official figures for drowning, which debunked the good doctor’s claims.

Oil demand is low as is its price, so there is an issue about where to keep the stuff that has already been pumped. Supertankers have been drafted in – costing more than $300,000 per day – by traders to store their wares until the market picks up.

Tech giant ABB has agreed to help develop fuel cells strong enough to power ocean-going vessels. The idea is to finally tap into the heavy-duty potential of hydrogen and apply it to the shipping sector.

New air pollution data from Earth-observation satellite Copernicus has again given us a stark glimpse of how levels have dropped thanks to lockdown measures. Maps here. But it might be temporary, as new data from China shows that pollution levels are spiking again.

US space policy refuses to be hindered by the virus. NASA and Elon Musk’s SpaceX firm are pressing ahead with a 27 May date to launch a first crewed mission into orbit. SpaceX has big plans to carry out more astronaut launches if this goes well. 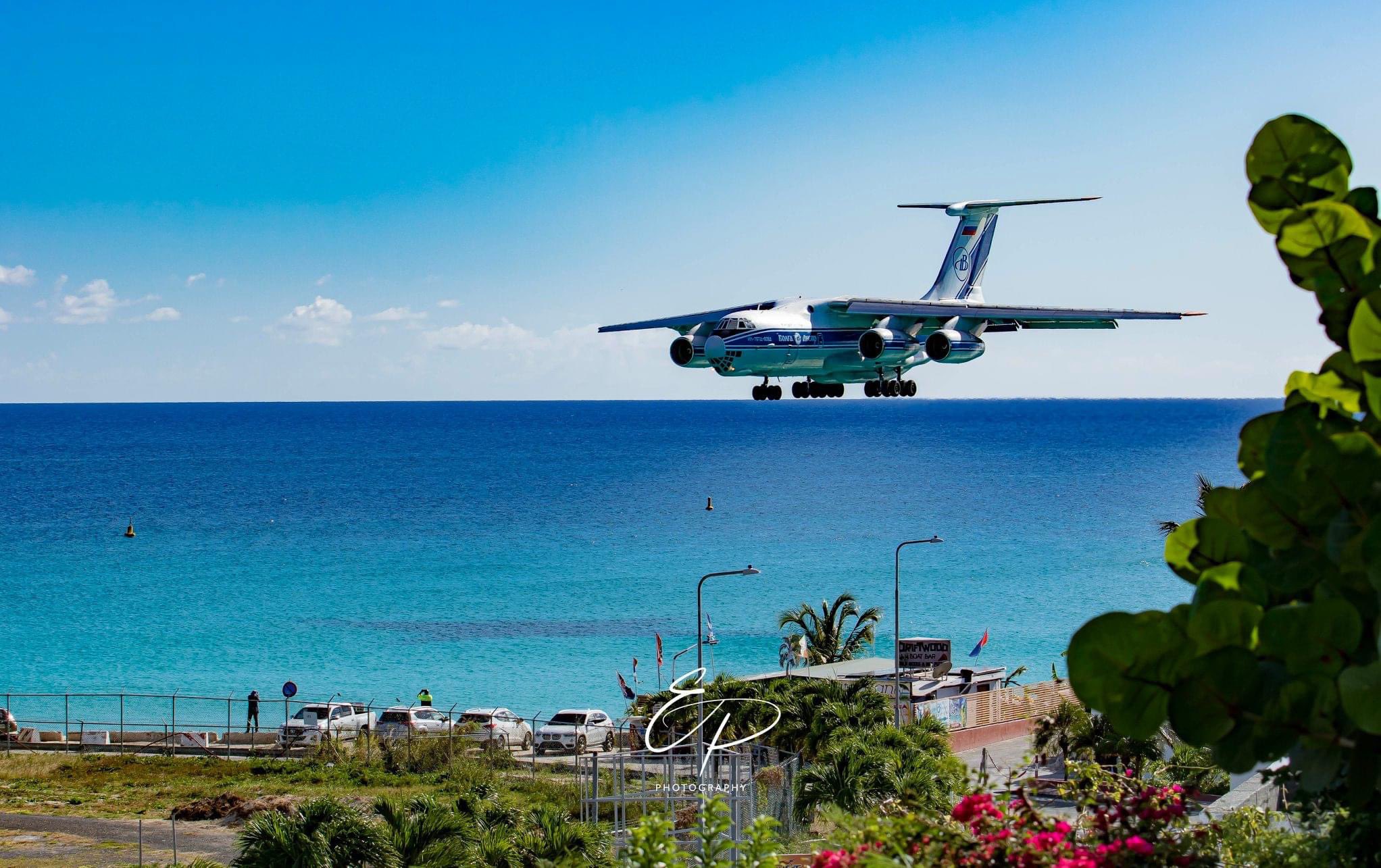 Coming in for a landing. [Photo: Paul Ellinger]

MEPs on the transport committee are e-meeting and e-voting on a number of files this morning. They are also picking the brains of Thierry Breton about the tourism sector. Agenda here.

Later today, the European Court of Auditors will reveal its findings on the bloc’s TEN-T transport networks, expected to warn that an east/west split is emerging in infrastructure. More details here at midday.

Transport Commissioner Vălean will be taking your questions on Wednesday. Head over to Twitter for the full details.