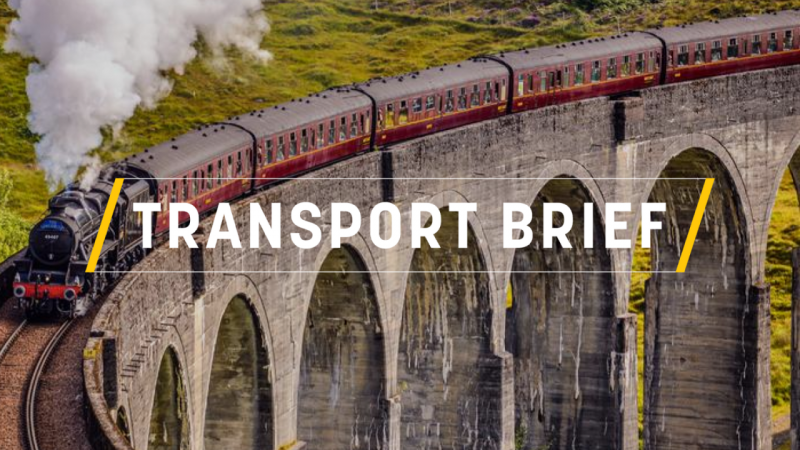 In this edition, international rail gets a boost, car emissions increase but the future could still be rosy and aviation continues to splutter back into life. First, take a look at the latest Transport Vlog, which delves into the state of Europe’s railways.

Virus lockdown measures slashed the number of regular passenger trains, freeing up infrastructure for freight services instead. Punctuality and capacity increased as a result, so operators want those improvements to stick around as normality resumes.

Hungary’s government issued a green bond worth €1.5bn. Most of the funds will be earmarked for the Central European nation’s rail network.

Until recently, Wales was one of the few countries in Europe not to have a single metre of electrified rail. After engineering works to install cables in an under-sea tunnel finished last week, its capital, Cardiff, is now linked to London.

MEPs and the Council reached an agreement on Smart TEN-T, which Parliament rapporteur Dominique Riquet says should “speed up by two or three times the realisation of important infrastructure projects all across Europe, in particular the cross-border ones”.

Coronavirus has delivered a bump to the fortunes of trains and bicycles but in Northern Italy, a regional rail operator has stopped passengers from bringing their two-wheelers on board, citing safety and social distancing concerns. One step forward, two steps back?

Car emissions increased in Europe in 2018, according to new data, as motorists put their faith in larger vehicles like SUVs and electric cars struggled to gain a toehold. Pending 2020 emission targets could be missed by some carmakers.

Germany’s government was lobbied by its auto industry to launch a ‘cash for clunkers’ scrappage scheme to stimulate the sector, but Berlin decided against the divisive measure, instead plumping for larger electric car subsidies.

The German plan will also obligate petrol stations to install electric chargers, in order to reduce ‘range anxiety’ and help Chancellor Angela Merkel move closer to her pledge of 1 million plug points by 2030.

Hydrogen and electric truckmaker Nikola debuted on the NASDAQ stock market and put in a large scale order for fuelling infrastructure, in what has been hailed as the start-up’s ‘Tesla moment’.

Elon Musk is reportedly looking at building a battery gigafactory in the UK, near Bristol, in what would be a massive boost for the post-Brexit economy. The billionaire recently suggested that leaving the EU had nixed any chance of his firm setting up shop.

Transport ministers agreed on conclusions related to the shipping sector, giving their blessing to objectives such as carbon neutrality by 2050 and digitalisation efforts. Read the full agreement here.

Black Lives Matter protests were held around the world this weekend. Take a look at this time lapse of the transatlantic slave trade, which offers a glimpse into the sheer scale of the barbaric practice.

Six countries asked the Commission to define minimum requirements for sustainable aviation fuels sourced from renewable energy. Transport ministers from Germany, Finland, France, Luxembourg, the Netherlands and Spain signed up to the declaration.

Lufthansa’s shareholders will soon vote on whether to accept a €9bn bailout from the German government. Its subsidiary, Austrian Airlines, is on course for a €450m handout from Vienna, which the parent company will top up with €150m.

France’s government will later today unveil an aid package for its aerospace industry. Airbus CEO Guillaume Faury said in an interview that he wants a ‘cash for clunkers’ scheme for planes, in order to stimulate the aircraft market.

Ten European airports and airlines signed up to EASA’s aviation health and safety guidelines, hoping to develop best practices as air travel resumes in the wake of the virus outbreak. Brussels Airport is among the willing guinea pigs.

The Commission updated its blacklist of airlines that are not welcome in European skies due to safety concerns. Ninety-six airlines are now banned, including all of Armenia’s carriers for the first time.

EU-UK talks are not progressing, according to the officials involved. That is worrying Europe’s aerospace industry, which wrote to Ursula von der Leyen and Boris Johnson, pleading with the two leaders to ensure they broker an aviation safety deal that can kick in when the transition period ends.

An EU app designed to use satellite data to prevent huge traffic jams has proved a hit with truckers and has logged 2,500 downloads. Virus border closures and bottlenecks threatened to cut supply chains, prompting the Commission to spearhead a digital solution.

The Commission also teamed up with the European Space Agency to launch the Rapid Action Coronavirus Earth observation dashboard (RACE), which aggregates a whole host of space data to show different social and economic impacts of the virus on Europe.

Landslides in Norway caused widespread damage, including this massive crater. 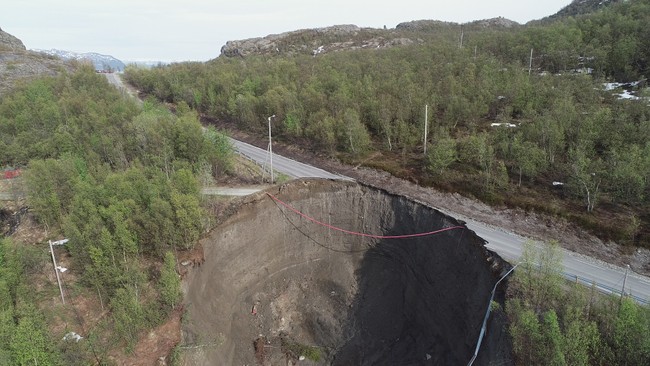 The International Commercial Aviation Organisation council session kicks off in Montreal this week.

Internal market and industry ministers meet 12 June. On the agenda strategic supply chains such as the automotive sector and battery development.