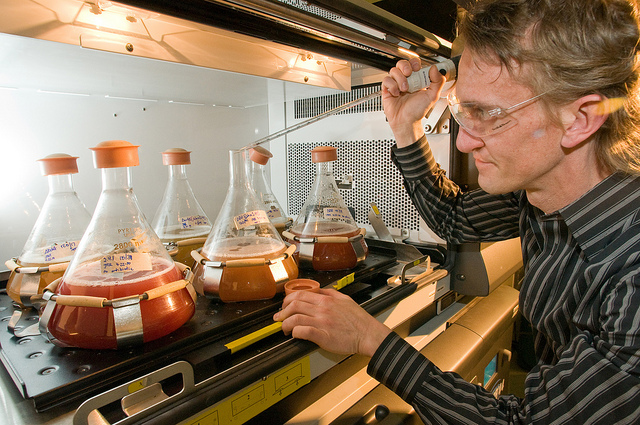 The European Union has underestimated the greenhouse gas emissions savings offered by biofuels by as much as 50%, according to a report published today.

To correctly understand the benefits of biofuels, their emissions should be compared to the fossil fuel emissions they replace in the market, the Ecofys study said.

The EU’s Renewable Energy and Fuel Quality Directives compare the savings to the average carbon intensity of fossil fuels on the EU’s road petrol market.

The climate and energy consultancy’s report analysed what fossil fuels would be on the market, if biofuels were not available.

Under those circumstances, biofuels would mostly replace fuels made from unconventional oils and not those represented by the average blend of fuels.

Unconventional oils such as oil sands, light tight oil and kerogen have an estimated carbon intensity of 115 gCO2eq / MJ.  The EU estimates the average blend comparator at 83.8 gCO2eq / MJ.

The EU’s current comparator is underestimating the greenhouse has benefit of biofuels by about 32 gCO2eq/MJ, the report said. The difference is “in the same order of magnitude as the ILUC factors currently proposed for biofuels.”

ILUC stands for Indirect Land Use Change, a way of compensating for the production of biofuels on existing agricultural land. It implies that elsewhere in the world that food must be replaced by changing, for example, forest into farmland.

Even if one accepts the “average” approach used by EU legislators, the fossil comparator should be adjusted upwards, said the study, on the greenhouse gas impact of marginal fossil fuel use.

Unconventional fuels have a growing share of the EU market and their carbon footprint is much higher than conventional oil.  As their market share increases, so will their greenhouse gas footprint.

Unconventional oils are particularly emission heavy as they are difficult to extract and produce.

The study said that biofuels could help decarbonise the transport sector, one of the largest polluters.

But amendments to both are before the European Parliament for a second reading as part of the ILUC Directive. The Council has had its first reading in June this year.

The recently published Commission proposal to implement existing obligations of the Fuel Quality Directive readjusts the fossil comparator to 94.1 gCO2eq.

But, for what are believed to be political reasons, it still proposes to compare biofuels with the older fossil comparator at 83.8 gCO2eq.

Environmental campaigners argue that Europe’s biofuels market causes people around the world to go hungry, rainforests to be cleared and global warming to accelerate.

EURACTIV requested a comment on the findings from the European Commission. It said it had no comment to make.

Meanwhile, the fuel quality directive (FQD) requires a 6% reduction in the carbon footprint of transport fuels by the same year.

EU negotiators have agreed to a 7% cap on biofuels made from food crops in transport fuel, in a move environmentalists say was a “timid step” in the right direction.

Campaigners have pushed for the accounting of indirect land-use change (ILUC) from biofuels in EU legislation, saying demand for bioenergy in Europe was causing farmers in countries such as Indonesia to switch crops from food production to energy, causing a rise in food prices.