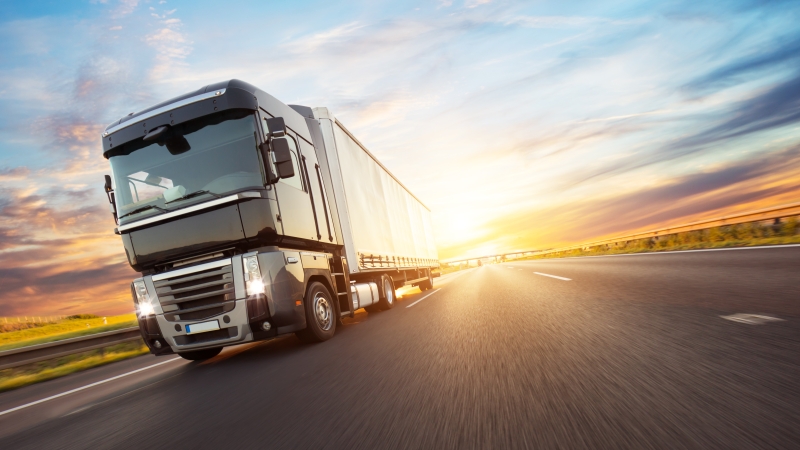 This article is part of our special report Green laws and the EU’s road transport sector.

Industry leaders in the heavy-duty vehicle sector have criticised EU plans to increase carbon taxes on commercial road transport in the next years, arguing that it is unjust to do so before clean solutions for road freight and coaches are widely affordable.

While zero-emission electric and hydrogen fuel-cell heavy duty vehicles are available, they are produced in much smaller numbers than their fossil-fuel counterparts, resulting in a higher price tag.

Many in the industry are also yet to be convinced that the technology is suitable for long-distance journeys, particularly given Europe’s limited charging infrastructure for alternative fuels.

“The European economy is based on competitiveness, and to be penalised without having alternatives just demolishes that competitiveness,” said Alexander Klacska, the CEO of Austrian logistics company Klacska Group, who was speaking last week at a conference organised by the International Road Transport Union (IRU).

Jos Sales of the Luxembourg Federation of Bus and Coach Operators (FLEAA) agreed that there must be green options available prior to implementing punitive taxes. The coach industry is completely without emission-free vehicle options, Sales said.

In July, the European Commission unveiled a package of green laws aiming to cut the EU’s carbon emissions by 55% by 2030. Under the proposals, fossil fuels will become more expensive while road sector carbon emissions will be priced under a new EU carbon market.

The package still needs to be approved by EU member states and the European Parliament before it becomes law, a process usually taking around two years.

But the wide array of measures financially targeting polluters may end up forcing operators to pay more than once for the same emissions, Klacska warned, citing increased excise taxes on fuels, the Emission Trading System (the EU’s carbon market), and tolling charges.

“Double taxation, double pricing, from my point of view, it’s a no-go. You can have a price on a commodity once but not twice, three times, four times,” he said.

The industry’s stance was rejected by European Parliament lawmaker Peter Liese, who took issue with the assertion that new EU energy taxation measures and carbon pricing should not apply to transport operators if they do not have sufficient alternatives to replace their fleets.

This is “not serious” said Liese, who is the Parliament’s lead on the EU’s proposed revised carbon market, the Emissions Trading Scheme (EU ETS).

“I’m doing climate policy for many years and no sector that was included in the ETS said ‘of course we can do it. The technology’s there, let’s go’. They all argued, like the road transport sector, that no alternatives exist,” the centre-right German MEP said.

“In your sector, road transport, emissions went up 22.2% [since 1990]… So, to say ‘we cannot do it, we can delay it’ is just no option. Our children and grandchildren will not accept that,” he added, referring to the urgent need to cut greenhouse gas emissions.

Liese told the conference that the situation facing the road transport sector, particularly heavy-duty vehicle operators, is challenging, but the climate situation demands that they rise to the challenge.

Umberto de Pretto, the secretary general of the IRU, echoed industry colleagues’ concern that taxes can only work as an incentive if there are clean options to embrace.

“I don’t understand how some people can say you need to penalise [operators] when they have absolutely no alternatives,” he said.

de Pretto questioned the belief that the industry could switch primarily to electricity in the short term, noting that a long distance heavy commercial vehicle requires the same electricity as 144 households.

Doing so, he argued, would require significant changes to the electricity grid and a much more substantial charging network across the continent.

The secretary general warned that without a balanced approach that considers the needs of industry, the harm from soaring green taxation and reduced competitiveness could lead to job losses.

“I will tell you that people standing in the unemployment line will not care less about any potential effects of CO2 emissions,” he said.

de Pretto encouraged European decision makers to work with the industry to develop a pragmatic path to decarbonising.

“[If] government and industry work together, if industry is listened to and and we find pragmatic solutions, I think [the Fit for 55 legislation] will be an opportunity. If we don’t work together, this will be a disaster, with ramifications that will be more severe than we can even imagine,” he said.

Already, manufacturers are pivoting in that direction, she said.

Poliscanova referred to an analysis which found that despite the higher upfront cost, total cost of ownership was already lower for alternatively fuelled heavy-duty vehicles. “In Germany today, it’s actually cheaper on a five-year basis to have a long-haul battery electric truck than a diesel truck,” she said.

Speakers at the event were united in calling for an ambitious and rapid rollout of charging infrastructure for electric and hydrogen vehicles across the continent.

“When it comes to the [manufacturing] industry’s commitment to decarbonisation, it goes without saying that without the right level of infrastructure we simply cannot deliver to our customers new and cleaner technology in an affordable manner,” said Annalisa Stupenengo, chief operations officer with the IVECO Group, an Italian commercial vehicle manufacturer.

Under a proposed EU regulation, member states would be required to install publicly accessible charging points every 60km along Europe’s main transport corridors, with hydrogen refuelling stations available every 150km. The proposal is currently being debated in the European Parliament and Council.