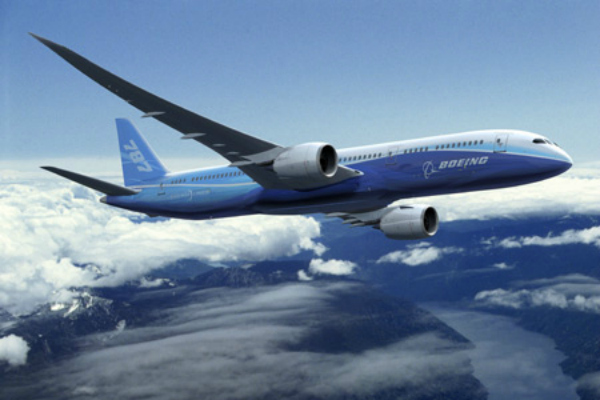 All Nippon Airways, the first company to fly the 787, and Japan Airlines both grounded their Dreamliner fleets on Wednesday after a week of emergencies, including an apparent battery malfunction, a battery fire and fuel leaks.

There were no injuries involved in any of the incidents that prompted Japan’s safety authority to launch an investigation of the aircraft.

Dominique Fouda, a spokesman for the European Aviation Safety Agency (EASA), said that the EU body is “carefully monitoring the situation” and is in regular contact with the US Federal Aviation Administration (FAA), which announced on 11 January its was reviewing reported problems with the 787.

EASA is “in regular contact with the FAA and will provide any support to the FAA in their investigation in case it is required,” Fouda told EURACTIV by e-mail.

Boeing officials said they were cooperating with safety investigators.

The aircraft – touted for its passenger comfort, reduced noise and fuel efficiency – is just beginning to appear in the European market since the first commercial aircraft was delivered to All Nippon in September 2011. Two 787s are in service in Europe and 119 have been ordered by EU airlines.

It is not uncommon for problems to surface when new aircraft enter service. A year ago, the Cologne-based EASA launched an investigation into the safety of the Airbus A380 after cracks were found in wing parts and a few scares involving engine fires. In November, an Emirates A380 made an emergency landing in Sydney, Australia, when passengers noticed one of the superjumbo jet’s four engines was on fire.

First 787 flights in the EU

LOT Polish Airlines was among the first European carriers to fly the 787 on a regular flight. Its 787 Dreamliner left Warsaw’s Chopin Airport without incident on 14 December and landed at Prague with 175 passengers on board.

A LOT spokesman told EURACTIV that the company was in contact with Boeing and “conducted, preventively, a series of reviews of all systems in both Boeing 787s we have in our fleet. All the tests were completed positively – the systems are efficient and work well.”

A Polish Airlines 787 was due to fly to Chicago on Wednesday for its first overseas flight, with additional flights to Toronto, New York and Beijing scheduled over the next few weeks, the company announced last month.

“LOT Polish Airlines would like to assure that today’s first long-haul flight of LOT’s Dreamliner from Warsaw to Chicago will be on time,” the spokesman said via e-mail.

A spokeswoman for British Airways, which is due to take delivery of its first 787 this year, said in an e-mail to EURACTIV that the airline was monitoring a safety review undertaken by Boeing and the FAA.

Besides LOT, AirEuropa, Iceland Air, the TUI Group and Virgin Atlantic are among the other European carriers that have ordered the American company’s newest passenger jet, according to Boeing’s corporate website.

Boeing and European rival Airbus, which account for the bulk of medium- and long-haul aircraft sales, are both competing to produce new generations of aircraft that cut fuel use while improving interior comfort.

Airbus is developing an A350 series that the company says will reduce operating costs by 25%. Boeing claims its 787, which can carry up to 290 passengers, cuts fuel use by 20% compared to similar-sized older aircraft.

The arch-rivals also say the newest versions of their traditional workhorse aircraft – the A320neo and Boeing 737 Max – will deliver double-digit improvements in efficiency.

Already, revolutions in engine technology, streamlined wing and fuselage design and lighter component parts have helped reduce fuel use by 30% since 1990, according to Sustainable Aviation, an industry organisation in Britain.

Environmental concerns alone are not driving changes – many European and American airlines are struggling to squeeze out profits as passenger numbers level off in turbulent economic times, and cutting fuel cost is a quick way to bring down expenses.

They are also concerned about long-term stability of fossil fuel supplies as global demand for passenger travel grows.

Jim McNerney, Boeing’s chairman and chief executive, said his company would cooperate with the safety review launched by the US Department of Transportation and Federal Aviation Administration on 11 January, saying the company stands “100% behind the integrity of the 787 and the rigorous process that led to its successful certification and entry into service. We look forward to participating in the joint review with the FAA, and we believe it will underscore our confidence, and the confidence of our customers and the travelling public, in the reliability, safety and performance of the innovative, new 787 Dreamliner."

“The safety of the travelling public is our top priority,” said US Transportation Secretary Ray LaHood said in a statement. “This review will help us look at the root causes and do everything we can to safeguard against similar events in the future.”

Willie Walsh, chief executive of the International Airlines Group, which owns British Airways and Iberia, said: “We welcome the joint review and remain committed to taking delivery of the aircraft."

Boeing recently announced that it produced its 83rd 787 and was stepping up production, to five per month, at its assembly line in Everett, Washington.

It plans to double the figure this year. It has delivered more than 30 aircraft to eight airlines and has 800 unfilled orders with 58 customers worldwide, the company said in a statement.