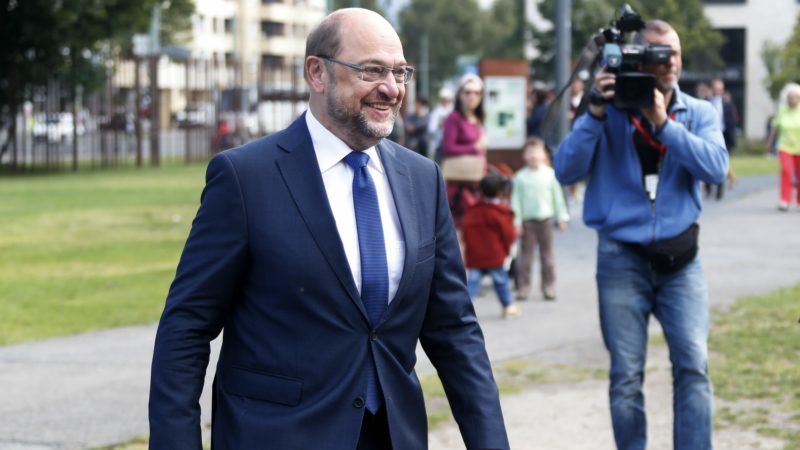 German Chancellor Angela Merkel’s chief challenger in a September election, Martin Schulz, launched a stinging attack on the country’s dieselgate-tainted car industry on Sunday (13 August) as he sought to turn around a flagging campaign.

The leader of the Social Democratic Party (SPD) said drivers should not have to pay for the mistakes made by “irresponsible managers” with six-figure salaries.

“The problem is that we are in a situation where managers worth millions, at Volkswagen, at Daimler, have slept through the future… and did not invest where they should have,” he said in an interview with public broadcaster ZDF.

Germany’s crucial automaking sector is facing an unprecedented crisis following Volkswagen’s admission in 2015 that it installed software in 11 million diesel engines to cheat emissions tests and make the vehicles seem less polluting than they were.

The scandal has deepened on recent revelations that a group of carmakers for years colluded on technical specifications, including emissions technology.

The growing controversy has fuelled public anger and intensified calls to get dirty diesels off the road, making it impossible to ignore on the campaign trail.

Schulz, whose party is trailing Merkel’s conservatives by 14 points according to the latest poll, said diesel drivers should not have to “foot the bill” for software updates and trade-ins.

He has also proposed an EU-wide quota for electric cars.

But she dismissed the idea of quotas as too difficult to implement.

With six weeks to go until the 24 September vote, the latest Emnid poll for the Bild am Sonntag newspaper put support for Merkel’s conservative CDU/CSU block at 38%, followed by the SPD at 24%.

‘Till the last minute’

Schulz, the former European Parliament president, has fallen far behind in the polls despite an initial surge of popularity after joining the race in January.

Observers say there seems to be little appetite for change in Germany, putting Merkel firmly on track for a fourth term as chancellor.

But Schulz, who is campaigning on the promise of a fairer Germany, insisted he was still in the race.

“The campaign battle lasts until the last minute,” he told ZDF. “I still think I have a good chance to lead the next government.”

Asked whether he would be interested in another left-right coalition with Merkel, he said: “I have nothing against a grand coalition under my leadership if the CDU wants to be the junior partner.”

In a second appearance on German television Sunday, a townhall-style event on RTL television, Schulz told the audience he would stick to his principles.

“I would never go against my conscience just to get a coalition agreement. Everyone who votes for me should know that.”