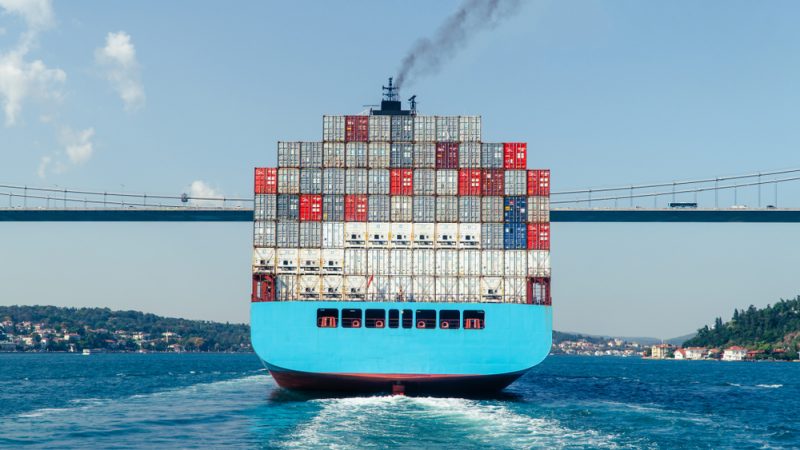 Shipping is currently exempt from the EU carbon market but it might soon have to help pay off the bloc's virus recovery debt. [Photo: Shutterstock]

Cash generated by the Emissions Trading System (ETS) via sales of pollution permits to certain sectors is currently channelled back into national budgets, but that could change if the Commission’s plan gets enough support.

In order to fund its ‘Next Generation EU’ recovery scheme, the executive has suggested that the ETS could be extended to include sectors that are now exempted and that Brussels would keep any new profits.

“Options could include an Emissions Trading System-based own resource including its possible extension to the maritime and aviation sectors, and a carbon border adjustment mechanism,” the Commission’s plan reads.

The idea of folding carbon-profits into the EU budget is not a new one, Brussels floated it as a way to plug the funding gap left by the United Kingdom’s departure from the Union but was largely rebuffed by national capitals.

In order to build support for this fresh push, the Commission proposes that current revenues would be ring-fenced and still paid into member state coffers. The EU would then keep any additional money.

“Such own resource could generate revenues for the EU budget of about €10 billion, depending on the evolution of the carbon price and the extension of the system to other sectors,” the recovery plan insists.

Commission President Ursula von der Leyen mentioned the ETS-extension and carbon border tax during her speech to MEPs earlier today, saying: “I count on your full support for this.”

Green MEP and transport committee chair Karima Delli said that she welcomed the own-resources idea, adding that “we must set up a kerosene tax, a carbon border adjustment as well as a tax on heavy-duty vehicles.”

Senior EU officials insist that a slew of own-resources, including the ETS, carbon border tax, a plastic tax and a digital tax would cover the Commission’s planned debt repayments, which would need to wrap up no later than 2058.

Global disruption caused by the virus outbreak has, however, knocked several euros off of the carbon price. In late March, permits lost 40% of value, dropping to €15 per tonne, but have since rallied to above €20. The price’s ability to recover will be crucial to the own-resources plan.

Shipping emissions are not priced by the ETS but work is ongoing to steer the sector into the carbon market. A review of the bloc’s monitoring and reporting rules is being targeted by MEPs as a chance to make maritime pay for its climate impact.

German lawmaker Jutta Paulus (Greens) is helming the Parliament’s report on the issue and a vote in the environment committee next month is expected to give more momentum to the idea.

Paulus told EURACTIV that she expects to get majority backing during a plenary vote in July and intends to upgrade the legislation so that all ships visiting EU ports should be levied on their emissions.

According to a Commission report published last week, the maritime sector produced 3.7% of the EU’s total carbon dioxide output in 2018.

Supporters of the idea point out that it is an elegant way to make non-EU polluters pay for their environmental impact and could serve as a powerful climate policy-exporting tool.

The ETS already includes intra-EU flights, which are priced according to the market-set carbon price. It is unclear whether the Commission intends to fold international flights into the market or make other tweaks to how aviation is tackled.

Talks are still ongoing at the UN level on a global mechanism for offsetting aviation emissions – known as CORSIA – as countries are unsure whether 2020 should be counted in the instrument’s baseline calculations.

Every tonne of CO2 emitted above that baseline will have to be offset by buying into environmental programmes like renewable energy projects and reforestation efforts.

Coronavirus lockdown measures have slashed air travel demand and airlines have requested that this year not be used to measure the future trajectory of emissions, which will be debated at a meeting in Montreal in June.

Instead of wading into the complex UN-led talks, the Commission could instead choose to tweak how domestic flights are priced under the ETS, as airlines currently benefit from a certain number of free permits.

According to estimates, free permits cost the ETS coffers €500 million in 2019 alone. At a March meeting of environment ministers, 10 member states backed a proposal from Poland whereby airlines should no longer be issued gratuities.

EURACTIV was told by national sources that there is a dispute over whether there should be an immediate or gradual phase-out of the free permits but momentum is building to harvest what one diplomat called “low hanging, expensive fruit”.

A full review of the ETS is on the cards for 2021 but the Commission could have the option to issue sector-specific proposals that would change the rules sooner. Under its Green Deal policy, the EU executive has also pledged to look into whether road transport could be covered too.