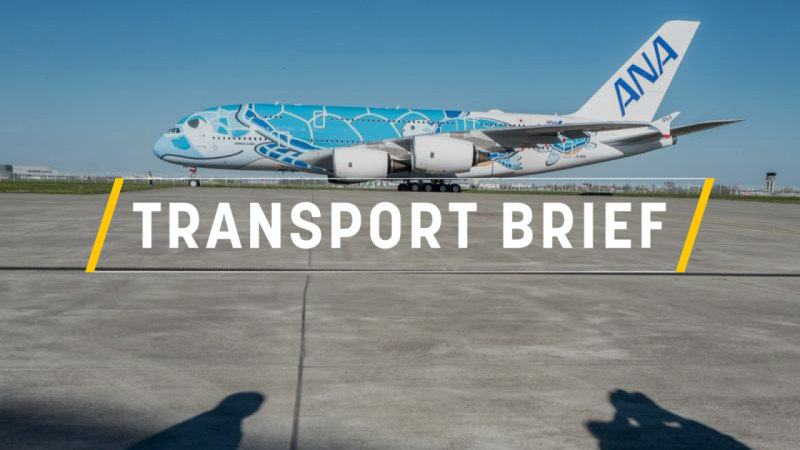 Your weekly update of all things transport [Photo: EPA]

This week’s Brief includes fast-moving developments in the aviation sector, a virus-response from Germany’s big carmakers and more disruption in shipping. But first check out the fifth edition of our Transport Vlog. This week’s is a sporty number.

🎥  Putting the ‘sport’ into ‘transport’

Passenger rights watch: France, Germany and the Netherlands, plus a growing coalition of other member states, are all reportedly seeking a derogation from EU law that would allow airlines to offer vouchers in lieu of refunds to travellers.

The Commission clarified the rules last month in an attempt to prop up its gold-standard codex but is now facing a mini-revolt. Under the current rules, it is up to the discretion of passengers to choose between vouchers or a refund. More on this story soon.

France became the first country to get EU approval for an airline bailout. Paris will now be able to defer some aeronautical taxes until 2021 and offer carriers a 24-month grace period. More aid packages are sure to come.

Brussels Airlines will need help and Belgium might yet consider nationalising its flag-carrier to save it from bankruptcy. The Lufthansa-subsidiary is not guaranteed to get bailed out by its German parent company.

Lower emissions muddy the waters of the UN’s new aviation offsetting mechanism though, as 2019-2020 is supposed to be the baseline for the instrument, known as CORSIA. Airlines want just last year to be taken into account. One to watch.

New World Health Organisation guidance says it makes no sense for aviation personnel like pilots and cabin crew to be exempt from quarantine measures. That is at odds with the industry’s ask for its staff to be granted special dispensation.

British Airways became the latest major airline to put its A380 super-jumbos into cold storage. The largest commercial aircraft in the world is a big money-loser in the current climate and aviation experts are worried it could kill off the giant.

Amsterdam’s Lelystad Airport – planned to be a spillover for Schiphol – will not open as planned this year because of reduced air travel demand. It will enter service next November instead.

Europe’s aviation regulator published new guidelines for urban drone use. EASA’s recommendations will inform the Commission’s own work on the sector, with regulation due in the coming months.

Formula One engineers have helped produce a breathing aid that could help coronavirus patients stay out of intensive care. The device was reverse-engineered in record time, tested and granted regulator approval. It can now be mass-produced.

Europe’s top court has suggested that motorists affected by emissions-cheating scandals should be able to sue carmakers in their home countries. A British court also delivered a landmark ruling against Volkswagen.

Germany’s top carmakers held a crisis call with Angela Merkel on how to restart production when the time is right. A working group is going to set health standards so factory workers can return to their posts.

Spain finally submitted its 2030 climate plan to Brussels for final approval and among the details on coal power, nuclear energy and renewables, some transport info: clean energy should provide 28% of the sector’s power demands by the end of the decade.

Cigarette packages come with grisly images of lung cancer but should petrol pumps and plane tickets have the same? Public health experts say it could help raise awareness about the evils of air pollution.

Sweden has tested the world’s first road that allows electric vehicles to be charged wirelessly while in motion. It is the first successful example of a public road to be adapted in this way.

Construction on Italy’s replacement for the Morandi Bridge – which collapsed in 2018, killing 43 people – continues at a breathtaking pace. See the full render of what the new roadway in Genoa will look like here.

The IMO cancelled meetings through to the end of June, acting on updates provided by the WHO. Rescheduling will be announced in due course, the UN shipping agency said and urged governments to class seafarers as priority personnel.

NGOs want the agency to look into holding meetings virtually though, so as not to derail efforts to put together a comprehensive climate plan for the sector. In a letter, they urge the IMO to at least schedule e-meetings for working groups.

The EU’s Earth-observation satellite system Copernicus is celebrating its sixth anniversary. The family of orbiters is set to grow in the coming years, with three more highly-specialised spacecraft set to blast off. Here is the first ever free-to-use image Copernicus gave us.

Coronavirus has reduced road traffic, cleaned up the air and made it easier to spot objects in the sky. Which objects you might ask? Well there has been a spike in UFO sightings in Belgium… I want to believe. I really do.

A retro-fitted high-speed TGV waits to depart Paris for Brittany, as part of France’s efforts to ease the pressure on its capital city’s healthcare system. 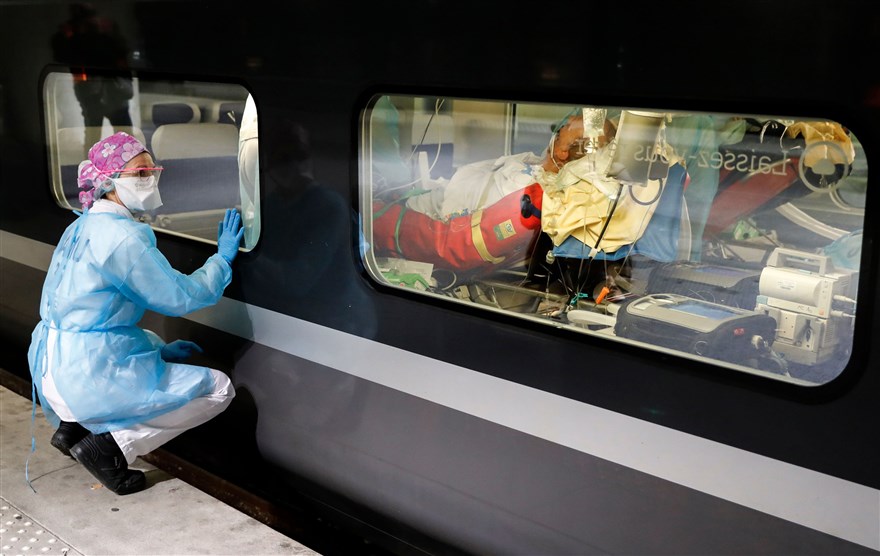 Watch out for more developments on the passenger rights issue here on the site. It will be divisive.