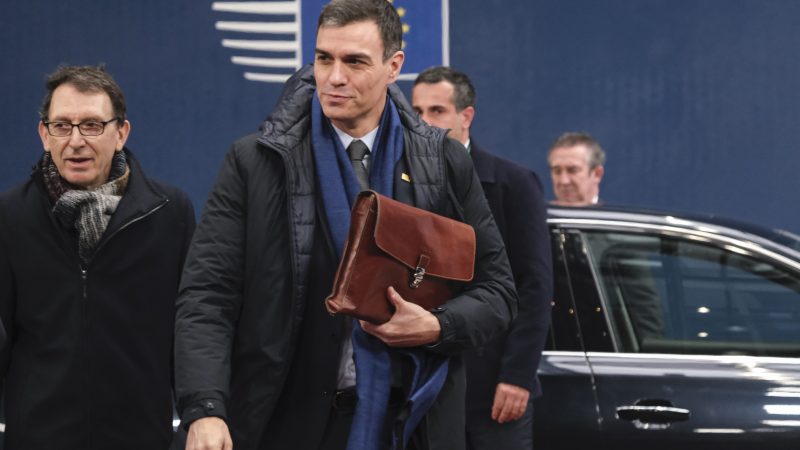 Coronavirus is expected to knock 15% off of Spain’s GDP by the end of the year, according to its national bank, so the government has moved quickly to prop up the sector with a bailout plan that also seeks to make vehicles cleaner in the process.

Although lacking home-grown firms – Seat was sold to Volkswagen in the late 1980s – Spain’s car industry makes up 10% of GDP and 19% of the country’s exports, supporting up to two million people in direct and indirect jobs. In Europe, only Germany produces more vehicles.

The virus outbreak’s impact on the global economy has already started to reveal itself. Last month, Japanese marque Nissan announced it would close a plant near Barcelona, costing the local area 3,000 jobs.

According to Prime Minister Pedro Sánchez, 70% of the €3.75bn war chest will go towards protecting Spain’s value chain, with the remainder earmarked for measures such as electrifying public transport and renewing the existing car fleet.

“The automotive industry is a strategic pillar for our country and this government is not going to leave it behind,” Sánchez told a press conference earlier in the day, adding that €1.5bn will be deployed in 2020. The rest will be unlocked in mid-2021.

The lion’s share of the money will go into Spain’s reindustrialisation strategy (Reindus), which will be tweaked to make it more flexible and provide more consistent financing. “The automotive sector may benefit from a substantive part of this programme,” the plan states.

Other initiatives included in the government’s comprehensive bailout plan range from €300m for public transport updates to €415m for research, development and innovation. It also includes €95m for professional training.

“We will boost the sector’s competitiveness by helping it adapt to new challenges,” the prime minister added.

An immediately available €230m is earmarked for a scrappage scheme that will reward Spanish motorists for trading in their old motors for new zero- or low-emission replacements. Cars older than 20 years will be granted an extra premium, as will low-income households.

According to the government’s plan, vehicles powered by electric battery or hydrogen could qualify for a €4,000 subsidy, while cars that come in under 120g of CO2 per kilometre will be eligible for up to €1,000.

EU regulations aimed at curbing passenger car emissions kick in at the end of this year, when fleet-wide emissions should fall to at least 95g. Carmakers will face penalties if they fail to meet their specific targets.

Light commercial vehicles will also be able to unlock payments, although the emission limit will be raised to 155g of CO2/km instead.

The plan’s calculations estimate that every €1mn invested under the scheme could prevent the emission of up to 716,000 tonnes of CO2 every year.

Clean mobility group Transport & Environment said that “there has never been a worse time to hand out public subsidies to polluting legacy technologies”, adding that Spain’s criteria mean that large SUVs will be eligible for subsidies.

Germany, however, resisted calls from its mighty auto industry to launch a scrappage programme of its own, instead choosing to boost purchase premiums for electric cars. A previous multi-billion-euro effort is widely regarded as having failed in its economic objectives.

Spain’s strategy also aims to improve competitiveness in the transport sector by relying on more-efficient 44-tonne trucks, adapting rail rules so as to allow longer trains and assessing ways to reduce logistic costs in ports and harbours.

Similar to France’s plan, which commits its manufacturers to boosting clean vehicle production and even bringing back factories to domestic shores, the Spanish strategy makes several crucial asks of the companies that will be on the receiving end of the bailout.

Manufacturers will be expected to increase electric vehicle output to at least 700,000 units per year, so as to protect Spain’s 12% share of the European car market. The sector will also have to help promote the rollout of charging points.

The government is targeting at least 800,000 chargers by 2040 and its plan insists that all companies in the automotive chain must help work towards that goal, which should include ultra-fast chargers for both cars and motorcycles.

“Technological neutrality” is given its fair due in the plan, which devotes €25m to research into renewable hydrogen and its potential usage in public transport and heavy goods vehicles.

Minister for Ecological Transition Teresa Ribera tweeted earlier on Monday that energy ministers would discuss a forthcoming hydrogen strategy that the European Commission intends to publish later this month. Ribera said it “should also be green!”.