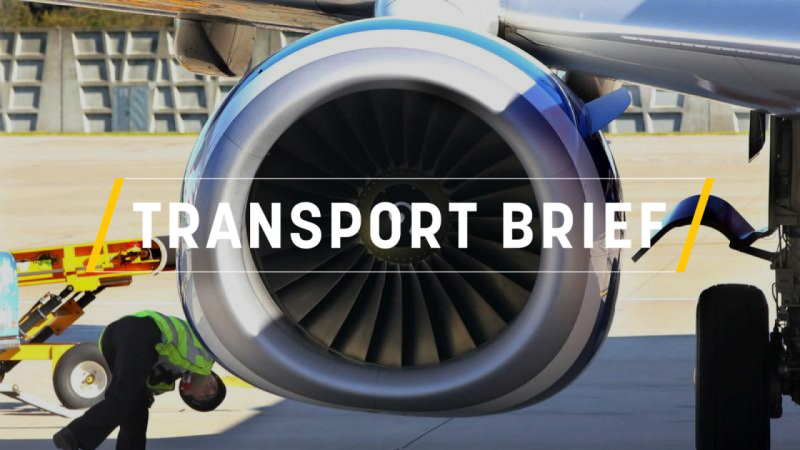 Your weekly update of all things transport [Photo: BARBARA WALTON/EPA]

In this edition: the latest on automotive and aviation bailouts, zero-emission aircraft on the radar and calls for more night-trains get louder. First, check out this week’s Transport Vlog, which looks into how transport policy will be a lever for the EU’s climate goals.

Spain followed in France and Germany’s footsteps and unveiled a multi-billion-euro bailout for its auto industry. Cash will be made available for scrappage schemes, more charging infrastructure and green hydrogen research under the plan.

Fiat-Peugeot’s planned merger may face an antitrust probe, according to sources familiar with the case. European regulators are reportedly worried about how the tie-up would affect the van market.

Road safety is increasing in the EU, according to new figures for 2019, but not quick enough to meet ambitious self-imposed targets. Sweden has the safest thoroughfares with just 22 deaths per million people; Romania is the most dangerous with 96 per million.

Volkswagen’s lightweight ID3 electric car, hailed as a gamechanger for the sector will debut as planned this year and order books open this month. A recent ad, denounced as racist, was “culturally insensitive” an internal review concluded.

A British company aiming to establish the UK as a leading force in battery production has indicated its preferred site for a ‘gigafactory’ is in South Wales. EV market leader Tesla’s bullish share price made it the most valuable car company in the world.

Coronavirus lockdown measures were lifted on the Finland-Norway frontier. Check out this video – recorded at midnight – as the restrictions were finally shelved. For a full overview of border policies, take a look at our latest network article.

France unveiled a €15bn bailout deal for its aerospace industry, €7bn of which is a pre-approved aid package for Air France. The government said the money was primarily aimed at protecting the sector’s 300,000 jobs.

More than one billion euros will be earmarked for developing zero-emission aircraft, with the aim of launching a green airliner by 2035. EU aviation regulator EASA issued the first ever worldwide certification for an electric plane.

Airbus will be the main beneficiary of the bailout and will likely be the firm spearheading zero-emission development. Last week, it rolled out the third version of its Beluga XL cargo plane, complete with whale paint job (see photo of the week below).

EU officials agreed that the bloc should seek changes to the UN’s aviation offsetting scheme at the ongoing ICAO council in Montreal. Sweden was the only country to object during a meeting of member state representatives.

Alitalia’s seemingly never-ending saga continues. The Italian government suggested that it will fold assets from defunct carrier Air Italy into the new company it intends to set up to save its embattled flag-carrier. It makes the task of European regulators even more complex.

Finland’s intention to fuel Finnair with €286m in recapitalisation got the green light from the Commission, while Portugal’s €1.2bn bailout for TAP was also approved. The airline’s contribution to the tourism sector was cited in the explanatory note.

The ECJ ruled on a strange case involving a passenger that bit another passenger, causing a lengthy delay for other travellers on connecting flights. Judges said such toothy behaviour can count as “exceptional circumstances”.

A Flemish minister provoked controversy and ridicule in equal measure, after taking a plane from Brussels to Antwerp, which is a trip of just 50km.

Antwerp-Brussels takes just 40 minutes by train, which prompted rail advocates to urge national and European lawmakers to lend political support to night-trains, suggesting that the Belgian capital could be a hub for sleeper services.

Estonia awarded a design and construction contract for a segment of the high-speed Rail Baltica link, which aims to connect Warsaw with Tallinn. EU auditors will later today publish a progress report on mega-projects, so check the website around midday.

EURACTIV Italy looks into the state of rail in the country’s south, where track is largely incapable of carrying high-speed services. EU funding could be arriving soon.

France’s network suffers from a similar problem and west to east travel often requires a change of train in Paris. A rail cooperative wants to change that by reopening the Bordeaux-Lyon cross-country route.

In Wales, the Labour devolved government is forcing a coal mine to close – an unthinkable prospect even a decade ago – citing environmental concerns. There are plans to open a train-testing facility at the site instead, cutting the UK’s reliance on mainland Europe.

The European Space Agency’s solar orbiter is speeding towards its great gig in the sky, where it will take the closest-ever photos of our star. The probe will give scientists an unprecedented look at the Sun’s polar regions.

Earth-observing satellite Copernicus has provided images of the oil spill clean-up effort going on in the Russian Arctic. More than 21,000 tonnes of fuel escaped a reservoir last month and could take years to mop up.

SpaceX was at it again, launching more of its internet-providing Starlink satellites into orbit, bringing the total number to more than 500. Nearly 300 more will be needed in order for the firm to start offering web services to North America.

The reusable rocket that carried the satellites has already made two successful launches, which is a significant cost-saving benefit of SpaceX’s programme. The head of Russia’s space agency weighed in on the recent successful crewed launch from US soil.

Italian tax perks offered to shipping companies that agree to register their vessels in Europe were extended until 2023 after the Commission signed off on the scheme. Italy agreed to offer the incentives to shippers even if they register in other countries.

Ferry services between Genoa and the French island of Corsica will resume. The five hour long voyage is seen as a crucial cog in the area’s tourism sector.

An LNG tanker plying Russia’s icy northeastern sea route to China made port at a record-setting early point in the year. The link is normally only navigable as of July due to harsh conditions.

The world’s largest container ship – some 400m long – arrived in the UK for the first time. Its arrival had to be modelled by a computer programme to ensure it could be done safely. The HMM Algeciras is owned by a British shipper but flagged in Panama.

The third member of the Airbus Beluga XL family makes its way out of the paint shop. 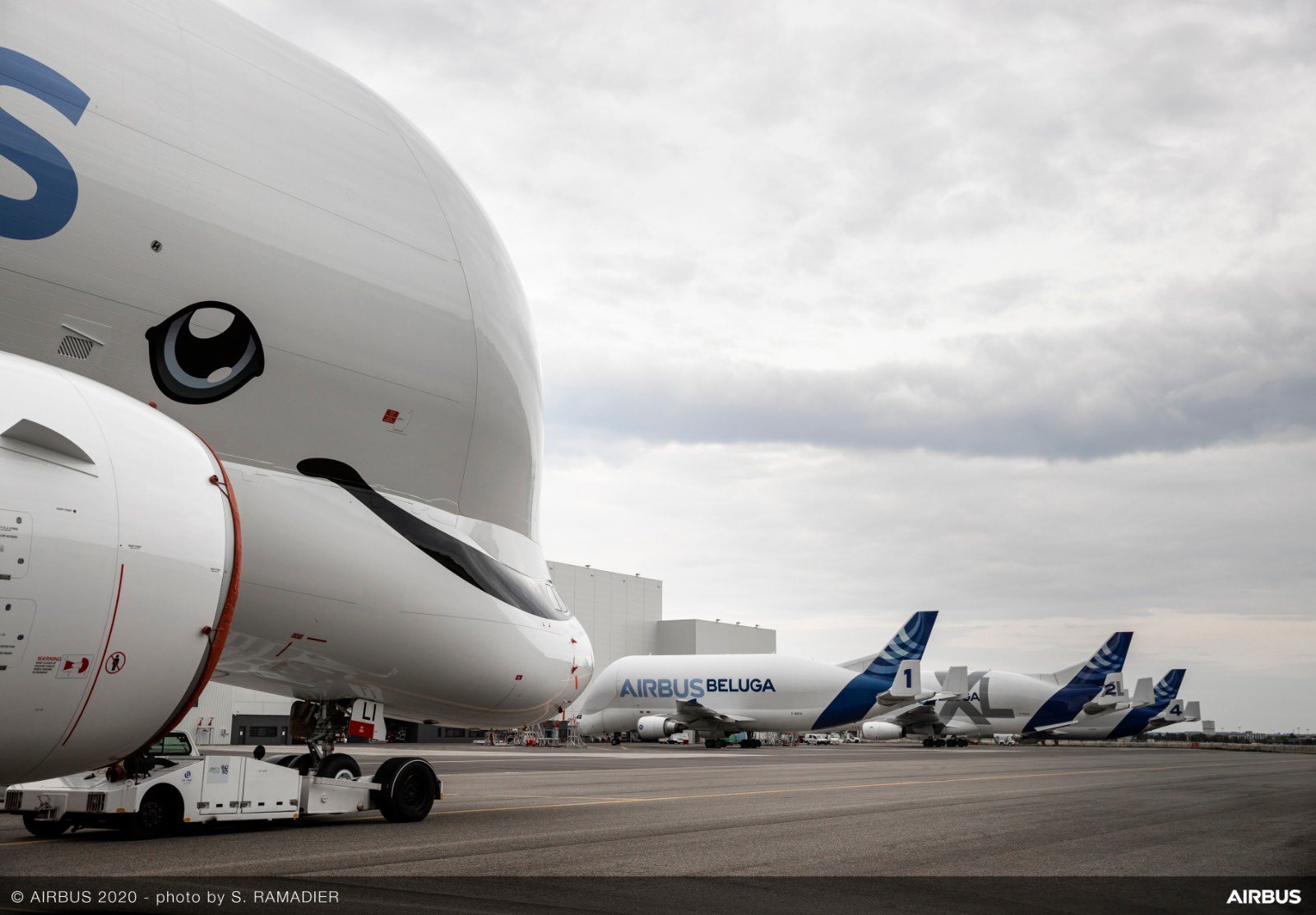 The order of the day – #COVID19 kind of #A340 variant enabling true social distancing. Found by @clemensvtmi pic.twitter.com/zxGe65hwyh

Learning to Fly – Tom Petty and the Heartbreakers

And in honour of ESA’s Solar Orbiter:

Set the Controls for the Heart of the Sun – Pink Floyd

The EU’s Court of Auditors releases its findings on eight EU-funded transport megaprojects. Check the site here after 11:30am to see their conclusions.

MEPs meet virtually for the latest e-plenary tomorrow. Transport items include the conclusion of a number of aviation agreements with third countries, a proposal to set up a sub-committee of tax (which could come into play when issues like kerosene levies gain momentum) and an annual report on competition policy. Full agenda here.

Behind-closed-doors talks continue in Montreal on tweaking the rules of the UN aviation agency’s carbon offsetting scheme. The ICAO Council could recommend a change but lacks the power to push it through by itself. Background here.