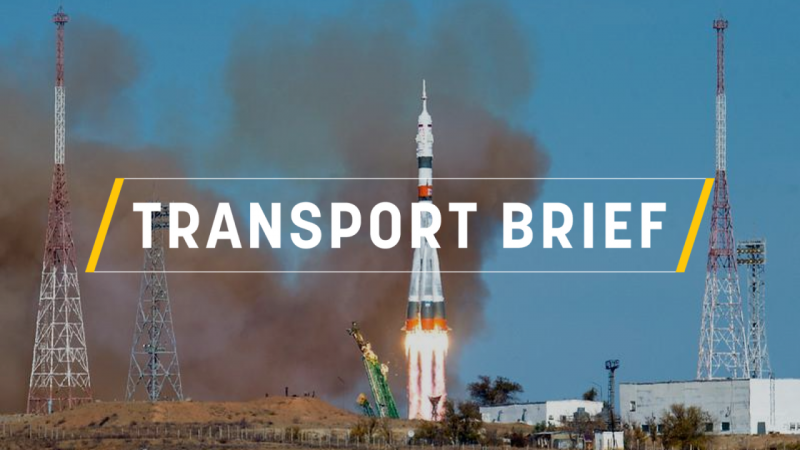 In this week’s edition: Europe’s outer space ambitions get some meat on the bones, rethinking how to tax shipping and one of the first corporate casualties of the pandemic is due for a comeback. First, the latest vlog and some thoughts on aviation’s future.

The European Space Agency revealed more details about its forthcoming plans for astronomical exploits and the private contracts that have been doled out to achieve them.

Airbus will build a spacecraft capable of reaching Mars and collecting samples from the Red Planet. The aerospace giant will also design a heavy-lift launcher that would be used to transport supplies to the moon.

A first lunar landing in 50 years is on track for 2024. The Artemis mission will include a first female visitor to the moon’s surface. Later in the decade, a new space station, in orbit around the moon, will be operational.

Nokia says it will build the first cellular network on the moon and have it up and running in 2022, ready for when crewed missions return to the surface. As part of a partnership with NASA, the Finnish firm will use 4G instead of 5G technology.

A Russian rocket reached the International Space Station, just a couple of weeks before the orbiting laboratory celebrates 20 years of continuous human habitation. It was the last Russian launch to carry a US astronaut as NASA will now make its own arrangements.

The UK’s attempts to set up its own version of the GPS satellite network cost €70m before the project was shut down and failed to achieve its goals. Given the lack of progress in the Brexit talks, it remains very unlikely the UK will regain access to the EU’s Galileo scheme.

US car firm Ford is struggling to meet EU CO2 standards, after sales of plug-in hybrids were curtailed by a battery-related fire risk. The carmaker is reportedly looking for partners to pool their emissions with and Renault has been touted as an option.

In another indication of how all-encompassing the Brexit talks are, the EU and UK cannot agree on export tariffs for electric cars. More details via the BBC here.

European Commission VP Maroš Šefčovič reconfirmed that battery imports might be slapped with a carbon border adjustment tax if they do not meet strict green standards, which are due to be published later this year.

Big shoutout to Lithuanian Council official Simonas Satunas for cycling to Luxembourg from Brussels for this week’s Agrifish meeting. Let’s hope it catches on!

In horrific news, a tram driver in Warsaw was attacked and had her leg broken after she asked passengers to wear masks. Poland is now struggling to manage the second wave of the virus.

The new James Bond film may be delayed until April but it is still making news: the filmmakers spent €60,000 on Coca Cola for a dangerous motorbike stunt, in order to make the streets of an Italian city stickier and more grippy. They had to be shaken not stirred.

At a high-level meeting of airlines this week, carriers acknowledged how difficult the industry has it at the moment but said that one silver lining is that older, less-efficient aircraft have been taken out of service, perhaps permanently.

The lead engineer on the A380 programme conceded in an interview that Airbus developed the superjumbo too late to take advantage of demand. The plane has a bleak future thanks in part to the drop off in air travel caused by the virus.

Regional flyer Flybe was one of the first casualties of the pandemic and Brexit-related uncertainty but is now on for a comeback. A buyer has been found and the airline is due to restart operations in early 2021.

Low-cost operator Ryanair has removed Armenia and Lebanon from its destination network. Fighting continues between Armenia and Azerbaijan, while Lebanon is still feeling the devastating impact of a huge explosion in Beirut earlier this year.

The OECD has issued guidance on how countries can prevent base erosion and profit shifting. Part of that plan involves rethinking how the shipping industry is taxed, as average income tax rates for the sector are as low as 1-2%.

Ship efficiency measures proposed by a coalition of maritime countries will fall short of international climate commitments, campaigners warn. They will be presented at an environmental meeting of the International Maritime Organisation.

Activists gathered outside the UN agency’s headquarters in London to demand that countries act on climate breakdown. They pelted the building with biodegradable water bombs filled with fake oil.

Brexit talks are in the doldrums and could impact the Channel Tunnel. The Council agreed on a negotiating mandate for France to broker a new deal about the undersea rail link.

Tests on an Amsterdam-Vienna sleeper train wrapped up. The Dutch city will rejoin the European night-train network for the first time since 2016 and the service will be operated by Austrian railways.

Professional cyclists in action at the Tour of Flanders this weekend.

Tune in to one of EURACTIV’s latest virtual events next week, where I’ll be moderating a discussion on the link between aviation and the Green Deal. Register here.