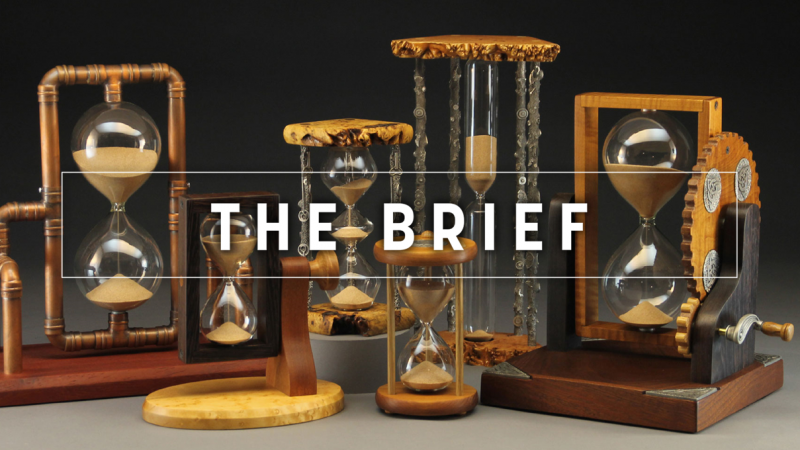 The Brief is EURACTIV's evening newsletter [Photo: Merchants of Time]

Time will spring forward as usual on Sunday, as we enter daylight savings time. Get used to climbing on chairs and tables to fiddle with clock faces though, because the idea of scrapping the annual change will take a while to actually take hold.

Last year, a survey of over 4 million EU citizens showed that changing the clocks twice a year is a hassle people can do without. The European Commission responded almost immediately and pledged to scrap it.

Critics of the time-change have cited road safety concerns, impact on human health and even animal welfare as reasons to do away summer time.

Simple factors like a lack of sunlight after working hours for northern countries, particularly in the Nordics, have also fuelled public opinion against the current system.

Fair do’s to the Commission: when people are given a say and respond wholeheartedly about an issue, be it the time-change, drinking water or single-use plastics, the EU executive has taken action quickly.

An argument can be made that it was maybe too quickly, as there was no real impact assessment, a large majority of the survey respondents were from one country (Germany) and the scientific evidence on the bad effects is not conclusive.

But, as usual with the EU, even decisions that enjoy large support cannot be implemented with a simple turn of a clock’s hands. Everyone needs their say.

The European Parliament had theirs today, insisting that the current status quo will have to continue to at least 2021, so that all the possible side-effects of messing with time itself can be addressed.

Each member state will retain the right to either keep things the way they are or do away with the change. The Commission, after all, is the ‘guardian of the EU treaties’ not Father Time.

That’s problematic of course; nobody wants a patchwork of time zones. Imagine a train journey from Paris to Berlin if France, Belgium, the Netherlands and Germany all plump for something different.

It explains why the Parliament entrusted its transport committee to come up with tweaks to the Commission’s original proposal. One of the biggest is a coordination mechanism that will assess the impact of member state changes on the internal market.

Countries will have to decide by this time next year how they want to proceed and the ‘time mechanism’ will look into whether it will cause chaos for train timetables, border checkpoints and so on.

Potential headaches have already started to emerge. Croatia and Slovenia, whose border is already a problematic one because of Schengen and bilateral disputes, have indicated they will pick different options to one another.

Bulgaria, at least, is being sensible and wants to coordinate with its neighbours. Other countries are yet to show their cards, although all are expected to conduct proper studies before backing one of the options.

The EU was right to respond to an issue that people clearly care about but it has to be an ‘everyone does it, or no one does it’ decision. Introducing more complexity to the single market is a recipe for disaster.

The Brief urges the next EU executive to have a dedicated Commissioner for Time to sort all of this out.

MEPs backed historic measures to reform EU copyright law in a move set to have a far-reaching impact on rights for content creators and artists across the continent.

Meanwhile, the Commission has laid out plans for a coordinated EU approach towards the next generation of mobile broadband networks, 5G.

EU lawmakers also put a recently reached agreement on the establishment of a European Defence Fund on track for a vote in April.

Is the patience over? The UK Parliament took back control of Brexit from British PM Theresa May, paving the way for a series of votes on alternatives to May’s twice rejected Brexit deal.

Brussels has continued efforts to prepare for a disorderly divorce between the EU and the UK, as the risk of a no-deal departure is becoming “increasingly likely”.

May should stop wasting time and start working with the Labour Party for a closer EU-UK relationship, or put the question back to the British people, socialist chief Udo Bullmann says.

France, Germany and the European Commission called for more reciprocity in trade relations with China, in a sign that the EU no longer considers China a developing country and is increasingly concerned about its growing influence.

France will push for the Commission top job rather than the European Central Bank seat when the EU’s most desired prime jobs come up for negotiations later this year.

Washington accused Russia of “reckless escalation” of the situation in Venezuela by deploying military planes and personnel to the crisis-stricken South American nation that the US has hit with crippling sanctions.

And in case you missed it: There had been a discrete launch of cooperation between French and German parliament members…

The Strasbourg plenary session with Commission chief Jean-Claude Juncker addressing the MEPs on the conclusions of the March European Council and (how could it be otherwise) Brexit.