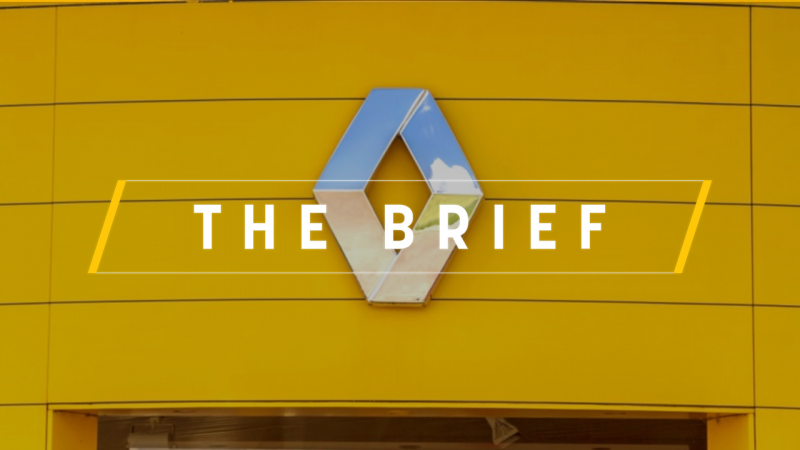 Fiat-Chrysler’s offer to merge with Renault fell apart last week, with the Italian-American firm citing French government influence as an insurmountable challenge. How does this tally with Paris and Berlin’s quest to create so-called European champions to compete globally?

It looked like a match made in heaven. Renault, with its electric car know-how and small-car expertise, joining forces with SUV-making Fiat-Chrysler and its US-market access. Some said it was a recipe to print money and stick to new, stricter environmental standards.

The multi-billion merger offer made by the Italian-American company would have created the third largest carmaker in the world, possibly the largest, when all the various alliances and side-partnerships are taken into account.

But the idea died a quick death. And Fiat-Chrysler was quick to put the blame on the French government, which owns a sizeable stake in Renault.

The requisite “political conditions in France do not currently exist”, the company said once talks broke down. Renault’s existing alliance with Nissan was apparently one of the major stumbling blocks, although that has also been branded a smokescreen.

One source said of the French government: “if it’s this hard to get through just the agreement, what’s it going to be like over the next five years?”.

Insiders say that the idea isn’t totally dead but regardless of if it makes a Lazarus-like comeback, there’s a worrying pattern emerging.

In February, the Dutch government said it would increase its holdings in airline Air France-KLM to match its French counterpart’s. The Hague had previously complained about the alliance’s management.

That prompted outcry from Paris, which warned that the carrier should be free of “state interference”. French finance boss Bruno Le Maire also claimed the Dutch had not told them what they were up to.

Both cases suggest that the French government is a difficult partner at the best of times. Now, compare that with the indignation from Paris and Berlin earlier this year when the Commission nixed a tie-up between trainmakers Alstom and Siemens.

The European Commission was derided for rejecting the merger, which was supposedly essential to efforts to combat China’s encroachment on the European market.

Neither France nor Germany’s governments own shares in the two companies but France only recently returned a 20% stake in Alstom. The holdings were on loan while the Siemens deal went through and Alstom finalised the sale of its energy interests to General Electric.

Given that Paris pushed so hard for the merger to happen and reacted so strongly when Margrethe Vestager cut its legs off, it is unthinkable that the French would not have stayed involved with the mega company that would have emerged.

So perhaps when it calls to tweak EU rules to better accommodate these sought-after European champions, France should also turn the mirror on itself and change the way it does business.

The EU Parliament’s single seat should be in Strasbourg, the president of the city’s council insists. An upcoming renovation of the Brussels HQ could be a opportunity to change the status quo.

Ukraine and Russia traded barbs this week in front of the international arbitration panel in The Hague over Moscow’s alleged violations of waters around Ukraine’s Crimea region.

Moldova’s unprecedented power struggle is a drama in five acts: two governments – one ‘de facto’, one ‘de jure’ – are holding meetings in Moldova’s capital. Each claims legitimacy and accuses the other of usurpation of power.

Although the average level of global peace improved very slightly in comparison to previous years, there is little time or cause to rejoice, the 2019 Global Peace Index (GPI) suggests.

French President Emmanuel Macron said that he would support German Chancellor Angela Merkel if she were to seek to succeed Jean-Claude Juncker as president of the European Commission.

US President Donald Trump blamed the European Central Bank’s loose monetary policy for the high number of tourists arriving in Europe and attacked once again the US Federal Reserve for keeping “ridiculous” high interest rates.

In one of her last acts as prime minister, Theresa May confirmed that parliament will create a legally binding net-zero carbon target for 2050. Her potential successor, Boris Johnson, launched his candidacy bid.

It has been described as “the most ambitious” and progressive trade deal ever signed by the EU, but what does CETA actually do? The historic agreement was signed into law in September 2017 by the EU and Canada, after years of negotiation and a protest campaign.

Tomorrow’s Eurogroup meeting in Luxembourg will aim to finalise a deal on the now infamous ‘eurozone budget’.