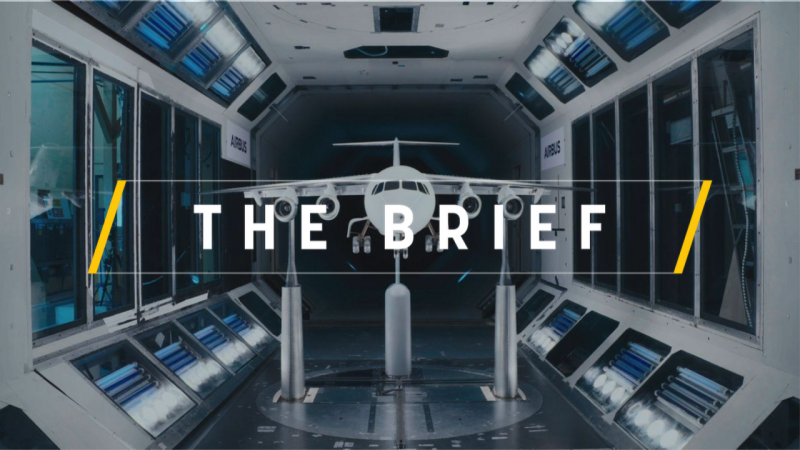 Innovation could yet fall victim to the deadly touch of the coronavirus, if governments decide to bet the entire house on a pandemic recovery aimed squarely at established technologies and practices. New ideas cannot be left to die.

The unprecedented nature of the coronavirus crisis has led many pundits, this Brief’s author included, to wonder if 2020 would be this generation’s kairotic moment. A pandemic-enforced chance to change the problematic bits of our economies and societies.

But the longer lockdown goes on, the more that prediction looks like naive thinking, as it becomes clear that our short collective attention span will likely see us fall back into old routines, ‘same as it ever was‘.

The world of mobility is a good test case. Transport is plagued by the three ‘c’s – costs, capacity and climate – and it is the only sector in Europe where greenhouse gas emissions are still rising. Those are problems, however, where innovation is a viable vaccine.

At least it was. Airbus recently pulled the plug on an aircraft project powered by hybrid electric engines, while fertiliser giant Yara suspended construction of a zero-emissions cargo ship, slated to be the world’s first autonomous freighter.

Both firms cited the disruptive effect of the virus as the reason for nixing their efforts. Airbus and its engine-builder, Rolls Royce, understandably have bigger and more pressing concerns elsewhere, as mass job cuts loom large.

Aviation and shipping challenges need these big-budget and high-profile examples to bear fruit so they can be scaled up. We no longer live in a world where some guy in a shed can reinvent the wheel or come up with the next big thing.

There is an example in virtually every sector. In energy, hydrogen has been waiting in the wings for years; for digital wonks, there is blockchain; and in agriculture, there is the promised revolution of digital farming.

This is not to suggest that there is no hope. The European Commission will tomorrow announce billions in funding for research and development, railways and electric car charging infrastructure, as part of its recovery programme.

Take a look too at what is going on in some major cities, where kilometres of cycle paths are cropping up, in an effort to get people actively moving but at a safe distance from one another.

Those initiatives are admittedly overdue, but they make sense whichever way you look at it. The problem is that they are just building on established ideas and, frankly, should have been default policy years ago.

What the Airbus and Yara cases show is that this virus is wrecking our already shoddy ability to think and plan long-term. Tomorrow’s recovery fund will undoubtedly touch some of the right bases but its perspective and scope will likely be too short to force change.

A lack of future-orientated thinking helped get us into this crisis and the several other messes that are currently on the back-burner. If this turns out to be the case this time, The Brief will forgo naivety and surrender entirely to the warm embrace of pessimism.

EU and Japanese leaders agreed to work together during the post-virus recovery and on preserving multilateralism. Faced with a belligerent White House and the rivalry of China, Tokyo has emerged as a strong ally for Brussels.

Police forces are set to deploy anti-drone weapons that are actually banned in the United States, while Ireland’s data protection commission is under fire for how it handled a complaint levied against social media giant Facebook.

The EU has to get rid of the need for unanimous agreement in certain voting procedures, one MEP told EURACTIV Germany. A timely reminder that such a move is likely to need a unanimous vote…

It could soon be more taxing times for vapers and connoisseurs of a heated cigarette, as EU member states are set to call for harmonised excise standards, as is the case with normal cigarettes.

Green tech is set for a boost in tomorrow’s Commission announcements. Some of Europe’s main power providers have joined forces to urge the EU executive to prioritise renewable hydrogen in its planning.

Lufthansa’s multi-billion-euro bailout does not ask many sustainability questions of the airline and Franco-German NGOs have urged governments to green their investments during the post-outbreak phase.

Check out this week’s Transport Brief, which features mixed fortunes for two of Germany’s biggest companies, stormy seas in the shipping sector and jostling to secure a piece of the Commission recovery fund.