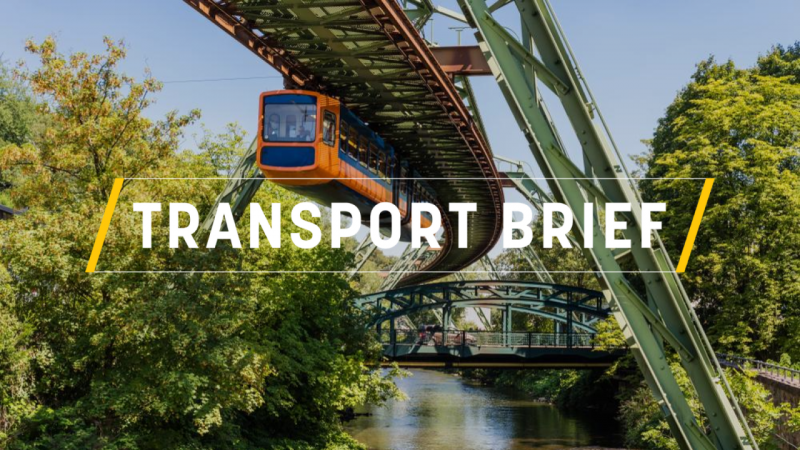 We’re back! A new dose of transport news to placate your post-summer blues. This week, infrastructure projects across Europe are making headlines, new developments in shipping and the return of the vlog! Check it all out below.

EU climate boss Frans Timmermans said that he is “very sorry that the budget for Horizon and R&D were limited” – as part of a deal back in July – as that funding will be needed to make progress in synthetic aviation fuels, shipping and battery power.

Ten EU countries hit with legal action in July over their failure to protect passenger rights had two months to explain themselves, nine with the exception of Croatia replied. The Commission is now analysing their justifications.

New rules came into force last week that will allow the European Commission to conduct its own tests on cars and issue fines against transgressors. The aim? To prevent a repeat of the emissions-cheating Dieselgate scandal.

A US-brokered deal between Kosovo and Serbia may have fallen short geopolitically but the pact does push the two parties towards implementing February agreements on highway and rail links. President Aleksandar Vučić may or may not know that.

The Commission approved nearly €900m in cohesion funding for Romania to build the first part of a highway across the Carpathian mountains, which will act as a direct link between Central Europe and the Black Sea.

Brussels opened up a competition to rename one of the city’s tunnels – currently named after royal despot King Leopold II – the only criteria is that it should be named after a female personality. Make your suggestions here.

Italy’s transport minister announced a new task force that will explore the best way to link Sicily with the Italian mainland by train, road and cycle path. A bridge has been mooted since ancient times but has always hit obstacles, be they financial or linked to earthquakes.

Tesla’s Elon Musk was in Germany to check in on the construction progress of his firm’s European HQ near Berlin. He also met VW’s CEO and took a spin in the marque’s new low-cost electric car. Watch the video here.

And public transport is often criticised for not being flexible enough to meet the needs of passengers but not in this case: a gaggle of geese was able to use a bus with little fuss.

Alitalia’s €200m grant from the Italian government – designed to cover damages caused by the virus outbreak – got the green light from Brussels. Competition chief Margrethe Vestager confirmed two probes into past examples of state aid, worth some €1.3bn, are ongoing.

The Commission also signed off on Denmark’s €24m scheme aimed at supporting airlines, while a UK court approved €1.3bn in private funding for Virgin Atlantic, which had failed to make a successful case for state support.

Airlines and airports agreed on a compromise on slots rules that they hope will push the Commission into granting an extended waiver. The sector wants more at-airport testing to convince passengers to return to the skies.

EU aviation regulator EASA started test flights – delayed by the pandemic – on Boeing’s grounded MAX aircraft in Canada yesterday. The agency says its own probe must be completed before recertifying the plane for use in Union airspace.

UK transport secretary Grant Shapps reportedly registers his private plane in the US to take advantage of looser rules, while French PM Jean Castex was heavily criticised for taking a plane on a journey of less than 200km. Germany’s football team also faced similar flak.

A mysterious benefactor dropped bags of marijuana from drones in Tel Aviv’s main square. Police were able to confiscate some of the parcels, reportedly distributed by the “Green Drone” group, which advocates for legalisation.

This hapless Italian – who has never flown before – thought he could help his wife and kid with their luggage get on a plane at Bari airport. He was fined when discovered on board without a ticket but the question is: how was he allowed to get on the aircraft at all?

An Arctic ban on the most polluting ship fuel is no ban at all, new analysis insists. The IMO wants it to come into force in 2024 but a raft of loopholes and waivers would largely delay it until 2029.

Emissions are a big problem in shipping. A Japanese heavy-hitter is building a carbon-capture system that can be fitted to vessels. There are plenty of obstacles but where there is will there is a way.

Danish shipping giant Maersk announced restructuring that will affect a third of its 80,000 global workforce. The changes are less as a result of COVID disruption and more the firm’s attempts to streamline its unwieldy business operations.

And a flotilla of Donald Trump voters gathered to show their support for the incumbent president’s reelection bid. Unfortunately for them, choppy conditions and poor helmsmanship resulted in sunken and wrecked boats. Satire is truly dead.

Belgium’s tourism-boosting rail pass for residents – which will offer 12 free trips over six months – started taking applicants. More than a million applied in the first week, overloading the site. No fear though, you still have until the end of the month to apply.

France unveiled a massive recovery package and allocated €4.7bn of it to rail. The money will be earmarked for boosting freight capacity and use, reopening closed rural lines and a slew of already-announced priorities.

Liechtensteiners voted against a rail expansion plan that would have seen the microstate become a stop on a cross-border express service between Austria and Switzerland. Citizens of the principality were put off by the cost of the project.

A new Commission plan designed to boost the domestic supply of raw materials – crucial to e-mobility and advancements in electronics – will be aided by space assets like the Copernicus satellite network.

NASA tested a rocket booster that might propel humans to Mars and authorised a launch module – which Europe is helping to build – that could one day be the vehicle those astronauts travel in.

Trains don’t always work and it’s nice when they tell you they’re out of service. 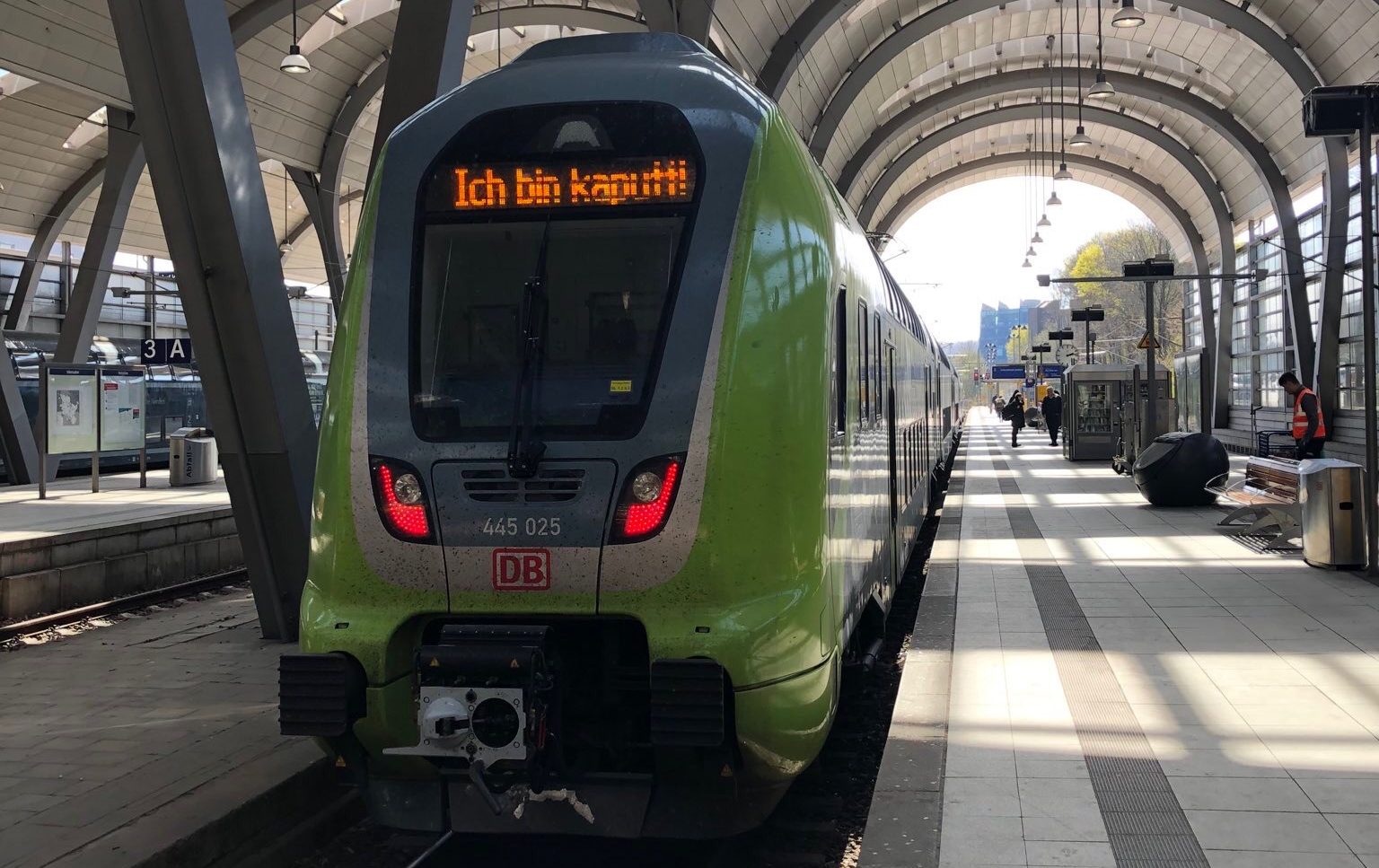 Plenary week in Strasbourg (?). Wherever MEPs meet, they will be voting on the shipping MRV regulation report. Background here.

Ursula von der Leyen will also have her first State of the Union address. A new 2030 climate target is expected to be announced, with obvious knock-on effects on transport.