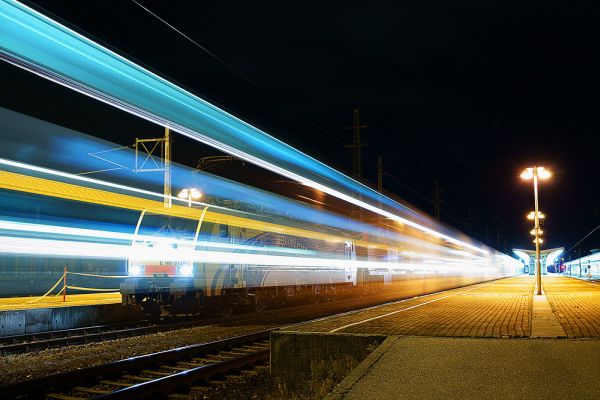 Travelling across Europe by rail, coach or other services would become easier if EU national governments would do a better job of sharing information and using technology to improve trip planning, said EU officials trying to spur transport efficiency.

Transport and communications ministers meeting in Nicosia this week discussed the EU’s progress on mobilising intelligent transport systems, or ITS, to remove some of the frustrations regularly faced by travellers.

Such hassles include not being able to plan connections between rail and bus services on transnational trips, or not getting real-time traffic and weather information.

Siim Kallas, European Commission vice president in charge of transport, discussed with the ministers ways to employ technology to make journey planning easier and to ensure that a 2008 EU action plan and a 2010 directive for ITS deployment is fulfilled no later than 2014.

“To make the best use of all existing transport modes and infrastructure, we need to ensure the availability, accessibility and exchange of all relevant information, such as schedules, capacity and paths,” Kallas said in a statement.

Improving transport planning and information, he said, “will allow new services like route planners or smart reservation and payment to spread for both passengers and freight, going beyond national borders and offering alternative transport modes.”

EU officials say better journey planning and information sharing can reduce traffic delays by 20% and traffic accidents by 30%, and ITS systems are fast and cheaper ways to improve mobility.

“The cost isn’t that great for development of this system compared to traditional infrastructure like roads and tunnels,” Fotis Karamitsos of the European Commission’s transport directorate, told a news conference yesterday (17 July) in Nicosia after the ministerial meeting.

“We can move forward better than than by building roads and tunnels,” Karamitsos said.

The informal ministerial meeting looked at melding the potential of the EU Digital Agenda and the 2011 Transport White Paper to improve economic development and integration.

Brussels’ push to spread communication technologies across transport systems is mainly aimed at tackling increased road congestion. According to figures used by the Commission, road freight is expected to rise 55% and passenger road transport by 36% by 2020.

One direct result of this growing congestion is a subsequent increase in energy consumption, with its negative environmental impact. Carbon dioxide emissions from transport are expected to grow 15% by 2020, EU figures show.

Kallas has said ITS is too sparse and fragmented in much of Europe to expedite travel. In a statement before the meetings in Cyprus, which holds the rotating presidency of the EU Council, he blamed a lack of information-sharing and coordination among governments for slowing the potential of journey planning.

European officials and travel associations have argued that improved coordination of ground transportation would have eased some of the travel headaches created when ash clouds from an Icelandic volcano grounded aircraft for days in 2010. Rail and coach services were overwhelmed as a result.

But national governments have been slow to adopt other lessons learned from that time, including moving ahead with plans to integrate air traffic management.

Better travel cooperation is part of broader EU policies aimed at creating more efficient and safer travel. The EU is implementing an emergency alert, or eCall, system in vehicles based on the pan-European 112 emergency number. The Commission wants to tap the Connecting Europe Facility and Horizon 2020 to help fund ITS deployment.

The EU has tried to spur development of ITS through public-sector information sharing – such as digital maps, weather and traffic information as well as public transport schedules and fare information – and wants to promote re-use of such public data to spur commercial development – one of the goals of the Digital Agenda.

But there has not been universal support for ITS. The EU’s data protection authority in the past has questioned whether collection of personal data to smooth ticketing or for guidance systems that can track individuals could run afoul of privacy laws.

In a statement from Nicosia, the Cypriot EU presidency said that advanced transport and telecommunications infrastructure are vital for economic growth and competitiveness. “By promoting the development of public open data policies and by addressing multimodality through the effective development of Intelligent Transport Systems (ITS), the Cyprus presidency looks to contribute substantially to the successful implementation of these infrastructures,” said a statement released ahead of the 16-17 July ministerial meeting in Cyprus.

“The development of trans-European transport and telecoms networks, which form part of the Connecting Europe Facility (CEF) could be achieved more effectively through the integration of these two central policies” Minister of Communciations and Works Efthymios Flourentzou said.

Intelligent transport systems, or ITS, involve applying information and communication technologies - such as computers, satellites, electronic tags and sensors - to all modes of transport (road, rail, air and water), both passenger and freight.

Examples of such services include GPS navigation systems, traffic information and journey-time estimations received from car radios while on motorways, as well as real-time arrival information at bus stations.

During an information meeting in Cyprus on 16-17, transport and communications ministers discussed the potential of the EU Digital Agenda and the 2011 Transport White Paper to improve economic development and integration. They also discussed the importance of journey planning in facilitating cargo movement within the EU.

European Commission: VP Kallas to discuss with ministers how to make intelligent transport systems a reality