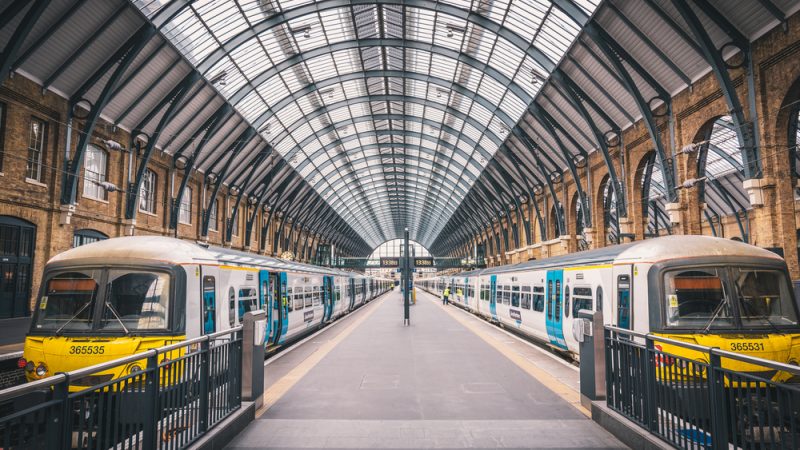 Airlines, bus companies and train operators could be brought under public ownership by the UK government in order to preserve transport links during the coronavirus outbreak, a minister suggested on Tuesday (17 March).

Transport Secretary Grant Shapps told members of parliament that the government could step in to “prevent companies from going bust” during the pandemic but that any period of public ownership would be a temporary measure.

“The principle should, as far as we can possibly make this work, be that people and individuals and companies are left in the same position when we come out of this,” Shapps told MPs.

Labour politician Stephen Doughty – whose party pledged to nationalise railway services ahead of its doomed 2017 election campaign – had pressed the transport secretary on whether the Conservative government would have to resort to nationalisation.

“It’ll be hugely challenging and we will require a lot of different responses and mechanisms in order to get there, including on occasion organisations being run by the public sector, which has already been seen in the case of trains but for a completely different reason,” Shapps replied.

Boris Johnson’s transport chief also said that train timetables could be scaled back so that railway companies do not have to operate empty services, as “it makes no sense for us to be running empty trains as fewer people will be travelling”.

At the time of publishing, UK transport links with mainland Europe had been scaled back because of different quarantine measures. The cross-Channel Eurostar service is running a reduced timetable while ferry links have been cancelled or postponed.

Regional airline Flybe – already hit with financial problems – was one of the first major corporate casualties of the outbreak and some of the larger carriers have now called on the government to help them ride out the crisis.

Chancellor Rishi Sunak and Shapps are now discussing a specific package of measures for the aviation industry – which has already started to make layoffs – as part of the government’s wider £330 billion crisis fund.

EU transport chiefs are currently meeting via teleconference to discuss coronavirus measures for the 27 member states, including how best to help airlines stay afloat. The European Commission has already announced relaxed state aid rules for carriers.