The United States wants to water down an upcoming limit on sulphur emissions. [Shutterstock]

Ocean-going vessels will have to burn fuel with no more than 0.5% sulphur content by the end of the decade, under IMO rules agreed back in late 2016 that lower the existing limit of 3.5%.

But the US has attempted to alter the course of the rapidly approaching deadline by pushing for an amendment that introduces an “experience-building phase” to the switch.

A meeting of the UN shipping body is ongoing at its London headquarters this week but delegates told the Financial Times that an agreement on the vague US-helmed change would be unlikely before Wednesday (24 October) at the earliest.

As a so-called flag state, which means ships registered in that country only have to abide by the laws imposed by that country while in international waters, the US wields a lot of power over a significant portion of the sector.

The IMO sulphur cap is meant to help shipping clean up its act directly, by reducing air pollution and particulate matter, and indirectly, as it is expected to boost the uptake of lower carbon fuels, including liquified natural gas (LNG).

Other steps put forward to meet the 0.5% limit include retrofitting ship exhaust stacks with so-called scrubbers, which filter out the sulphur.

Scrubbers are seen as a short-term but cost-effective option that does not resolve the issue of what to do with the sulphur once it has been filtered. The head of the Union of Greek Shipowners recently branded the IMO “hypocritical” for allowing their use beyond 2020.

In addition to the sulphur cap, the IMO has also launched an as-yet voluntary pledge to cut carbon emissions by 50% from shipping by mid-century, as well as aspiring to 100% cuts.

But how to decarbonise a sector that is currently responsible for 3% of global emissions and which already carries over 80% of the world’s trade remains a Herculean prospect.

For lighter vessels, electrification is considered a real prospect but current battery technology is still too underdeveloped to be applicable to large ships.

Hydrogen and biofuels have also been touted as options, but both come with downsides like cost and sustainability issues attached.

LNG offers its own pros, which include being easy to transport, and cons, including high methane content. But LNG-advocates insist that shipping should use the fuel as a short to mid-term solution and move to low carbon bio-LNG in the longer term. 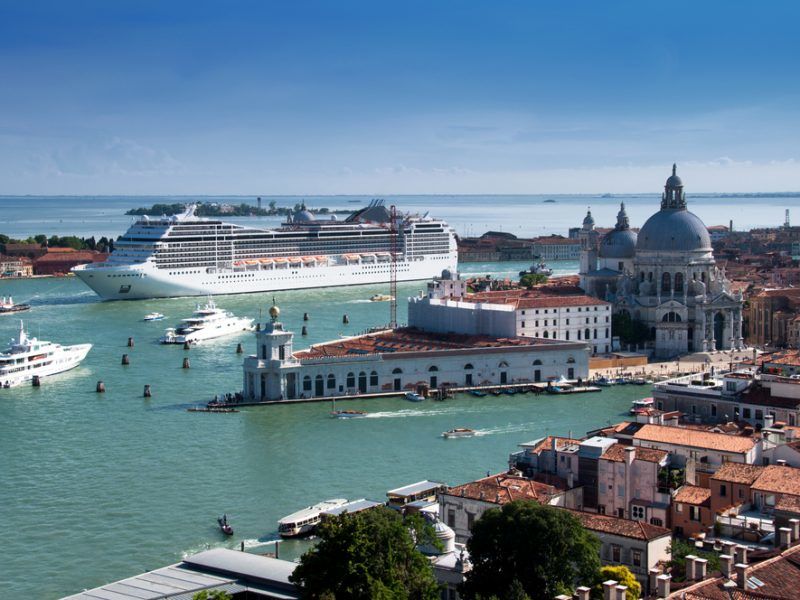 Shipping is responsible for over 3% of global emissions with that number expected to grow. Owners and operators will have to decide how to clean up their vessels and liquefied natural gas (LNG) is a potential solution, Gas Infrastructure Europe’s Wim Groenendijk told EURACTIV.

But green mobility NGO Transport & Environment is against shipping’s potential switch to LNG and a recent study commissioned by the group warned that the EU would foot a bill of over €20 billion under a high-gas scenario for a return of only 6-10% emissions cuts.

He added that “all economic efforts should be directed to making hydrogen cheaper as opposed to subsidising LNG and wasting public money”.