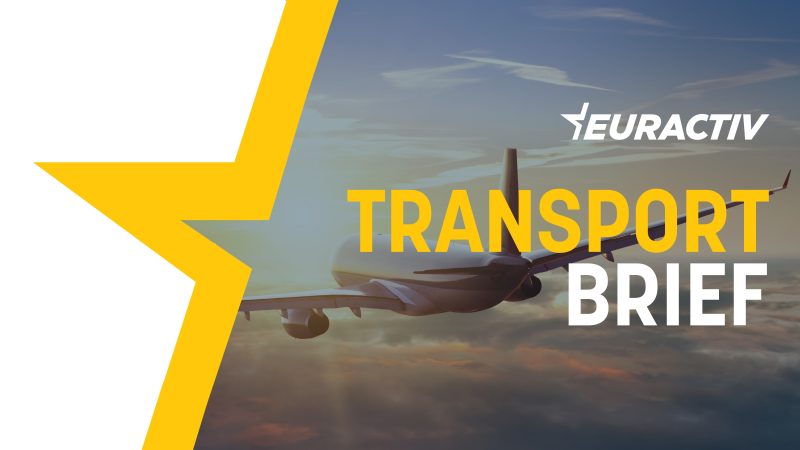 Flanked by an obligatory EU flag and surrounded by an array of framed artwork, Vălean dutifully outlined the various proposals put on the table by the Commission last December.

Following the introduction, Transport Committee MEPs raised their concerns over the package, which no doubt had been percolating over the Christmas break. Chief among them was the impact of high electricity costs on decarbonisation plans.

“Please let me address the elephant in the room,” began Barbara Thaler, an Austrian MEP with the centre-right EPP Group.

“While we are busy with the Fit for 55 package, reducing CO2 wherever possible, we see that due to the high electricity prices especially freight train operators switch back to diesel locomotives. This is not what we wanted.”

“This is a problem, not for tomorrow, but for today,” Thaler added, asking what the Commission’s plans are to drive down energy costs for rail and make it more competitive with the road sector.

Again and again, the question of soaring electricity costs came up. Unfortunately, the MEPs may not have gotten the reassurance they were hoping for from the Commissioner.

“What can I say here? We are all stunned. It’s not quite a transport issue but we are [suffering] the side-effects of this,” said Vălean.

“It’s absolutely, totally clear that we have to make sure that our energy system in Europe is compatible with our aims to decarbonise transport. We need green energy in high volumes.”

In a ‘roll with your opponent’ judo move, Vălean pushed MEPs to provide solutions. “I’m counting on you in the European Parliament to come up with good ideas for how we can provide the right green volumes of energy we need, especially for transport,” she said.

Beyond energy pricing, MEPs’ priorities ranged from financing and measure enforcement to road safety and health.

“Perhaps we all have different elephants,” mused Green MEP Ciarán Cuffe, referencing Barbara Thaler’s comments. “For me, that elephant would be climate change.”

Cuffe pushed the Commission to do more to expand cycling routes across the bloc, to the delight of cycling activists, who splashed the quote “Cycling needs to be part of the picture” across Twitter. He also questioned the Commission’s attitude towards airport expansion, arguing that funding should be halted and redirected to greener transport modes.

Vălean bristled at the suggestion that the EU should not expand aviation capacity if the need is there.

“My approach is not less transport, but smarter transport, greener transport… We should not deny people’s need for connectivity,” she responded.

Greek MEP Elena Kountoura of the Left Group focused on safety, questioning the Commission’s reluctance to back a 30 km/h speed limit in urban areas.

“Dear Commissioner, why are you delaying this recommendation that was supported by such a great majority in the Parliament?” she asked, encouraging Vălean to visit a city that has enacted the measure to see the difference for herself.

However, the Commissioner seemed unmoved by Kountoura’s plea.

“When it comes to the speed limit [suggestion], I’m against it. I’m against regulating for this at EU level,” Vălean said emphatically, questioning whether such a move would have wide acceptance among EU citizens.

EU ministers reached an agreement today to update the rules of the EU Digital COVID Certificate, a move aimed at simplifying travel across the bloc during the Omicron phase of the COVID pandemic.

The agreement is partially aimed at preventing states from unilaterally imposing additional restrictions to entry, as some did in December 2021 in response to the emergence of the variant.

“Today, member states have reconfirmed that the possession of a valid EU Digital COVID Certificate should in principle be sufficient when travelling during the pandemic,” they said in a joint statement.

“Omicron has by now spread across Europe and it is time to look at the discontinuation of the additional travel measures that a number of member states have introduced in the past weeks, making travel more cumbersome and less predictable across the EU,” they added.

The recommendation on the coordinated approach to free movement will enter into force on 1 February. The delegated act which limits the acceptance period for non-boosted vaccine certificates to 270 days will also apply from the same day.

Under the new rules, vaccine certificates will expire nine months after the completion of the primary vaccine cycle. Those who have not received a booster shot will need a negative COVID test result or a certificate of recovery to travel 270 days beyond their last shot.

Congratulations are in order for MEP Karima Delli, who was re-elected as chair of the European Parliament’s Transport Committee yesterday.

No other candidates were put forward to try and unseat the French MEP, meaning Delli was elected by acclamation without the need for the traditional vote.

Delli, who is part of the Greens EFA Group, has been the chair of the committee since 25 January 2017. She will continue to hold the post until at least the end of the Parliament’s current legislative term in two-and-a-half years’ time.

A full overview of the composition of the transport committee is available here.

The European Commission’s strategy to phase out combustion engines in favour of electric vehicles is a political choice that carries environmental and social risks, Stellantis CEO Carlos Tavares said in an interview with European newspapers.

Uber and Deliveroo workers will be reclassified as employees, trade unions say

The workers of some of the most prominent platform companies in Europe would qualify as employees under the EU’s new platform worker proposal, according to the European Trade Union Confederation (ETUC).