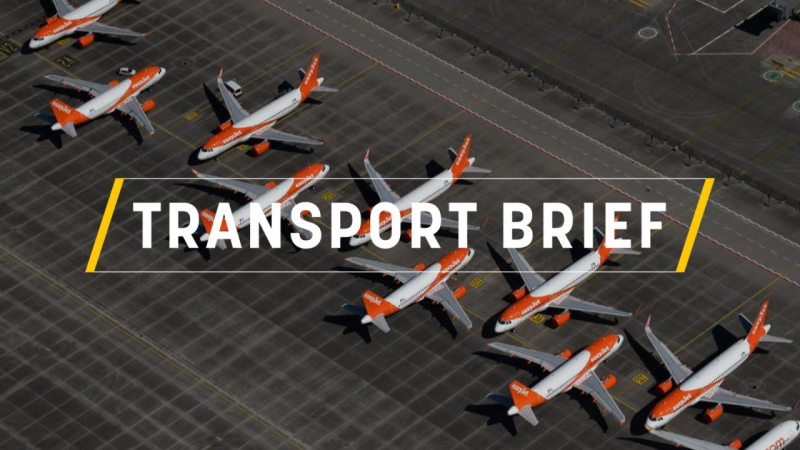 This edition includes bad news for fans of passenger rights, a new focus on pedestrians in cities and problems on one of Europe’s main waterways. First, check out this week’s video, which looks at how the fundamentals of transport will change thanks to coronavirus.

Passenger rights are on the line, as a coalition of most member states now supports changing the rules so airlines can offer vouchers instead of refunds for cancelled flights. Up to 20 have said or indicated they want EU law temporarily relaxed.

The Commission is against a backslide but MEPs are rapidly coming on side. According to Parliament sources I have spoken to, a majority is forming in favour of a rule change. Lawmakers have some strict conditions in mind though. Details here.

Lufthansa’s negotiations are still ongoing; the German government is reportedly demanding a 25.1% share of the firm in return for aid. Portugal’s government also wants a bigger say over the day-to-day operations of its flag-carrier, TAP.

Some carriers like WhizzAir have resumed some services but the future of air travel is murky. Airlines do not believe that social-distancing measures are viable on board aircraft, with Ryanair CEO Michael O’Leary calling the idea “idiotic”.

Europe’s aviation regulator is preparing airports – currently glorified parking areas in many cases – to get back to work. That means checking runways for debris, cutting hedges and making sure wild animals have not moved in since flights stopped.

Coronavirus has cost France’s state railway company €2bn so far so a bailout might be needed. But the Air France deal might benefit SNCF’s high-speed services, due to conditions linked to cutting domestic flight emissions. Full story here.

Sweden’s government-owned rail firm SJ has not allowed its market rivals access to its ticketing platform and fallen foul of regulators as a result. Such anti-competitive practices are not uncommon in Europe’s fragmented train network. ‘Trackscanner’, anyone?

New night-train services could be rolled out from Sweden though, after its rail planners recommended new routes that would link its cities to the likes of Brussels and Cologne.

More and more cities are preparing for lockdown-lifting by freeing up space for pedestrians and cyclists. Brussels, Paris, Vilnius and more have all closed off roads and painted new cycle lanes. Will it last long-term?

Italy – among the countries hardest hit by the virus – is also looking to get back on its feet using two wheels. A €200 subsidy will be included in the government’s stimulus package for anyone who wants to buy a bike or scooter. Gerardo Fortuna has more details here.

Take a look at this data-driven article put together by our partners over at EDJ, which is a deep dive into how Europe’s mobility landscape has shifted since the outbreak first took hold.

Renault’s €5bn bailout – courtesy of the French government – got the green light from Brussels. Competition chief Margrethe Vestager made a point of mentioning the carmaker’s electric vehicle production.

The automobile’s impact on cities has been described as a virus itself; take a read at my Brief from last week which looks at how the coronavirus could end up vanquishing some of society’s most chronic ailments.

Transport & Environment’s Julia Poliscanova writes in this opinion-piece on how the car industry should get back on its feet after the virus shutdown. Two paths are ahead of the sector, which one should it drive down?

The industry has started to lay out its stall: Europe’s main associations want scrappage schemes and incentives to help kick start its business. History shows that ‘cash for clunkers’ programmes will need a rethink to be successful long-term this time.

VW goes before a German court in a landmark case linked to the Dieselgate emissions scandal. The auto giant was already on the wrong end of an ECJ decision last week over what is and what is not considered an emissions-cheating device.

Tesla founder Elon Musk did his company no favours last week when he tweeted that the EV-maker’s share price was “too high”. It spooked investors and cost Tesla billions of dollars. The eccentric CEO may find himself in trouble yet again with US finance regulators as a result.

Power grid operators have launched a cross-border blockchain platform that is aimed at stabilising electricity networks and allowing consumers to earn money from their electric car batteries. Here’s the full story.

It was one of the driest Aprils on record in Europe, with more rain-free days set to hit Central Europe this month. For the continent’s inland waterways, it is a huge problem, as lower river levels affect trade.

Germany, in particular, relies heavily on the Rhine to ship goods and the last time a severe drought hit in 2010, it carved a hefty chunk out of the Bundesrepublik’s GDP. This year could prove to be a repeat.

Sector experts warn that it is too late to mitigate any damage in the short-term but are calling on the EU and governments to take waterways into account when drafting climate strategies, as its contribution to the economy is often overlooked.

Cruise ships were one of the vectors that helped spread the coronavirus around the world but one company has already announced plans to cast off once again in August. NGOs want the EU to resist calls to bail out the sector without setting conditions.

Estonia’s government is on the cusp of granting ferry company Tallink a €150m loan to help ride out the virus outbreak. That has not stopped Finnair announcing a resumption of Helsinki-Tallinn flights – which is the main route Tallink serves.

The Commission has approved Belgium’s extension of a complicated-sounding tax scheme to seafarers that work on vessels like research, pipeline-laying and windfarm ships.

Huge traffic jams were the first logistic nightmare caused by the coronavirus. Now a new app – using the EU’s satellite network – is aiming to alleviate congestion as we head into deconfinement. Testing is ongoing but early results are promising.

Oh and maybe you missed this. But aliens apparently exist now. New footage captured by Navy pilots, declassified by the US government, shows unidentified “aerial phenomena”. The Pentagon offered no explanation as to their origin…

A bottlenose dolphin swims next to a ship in the port of Amsterdam, on Sunday. The dolphin followed a sailing ship from Brittany and was later guided back to the North Sea by two smaller boats. 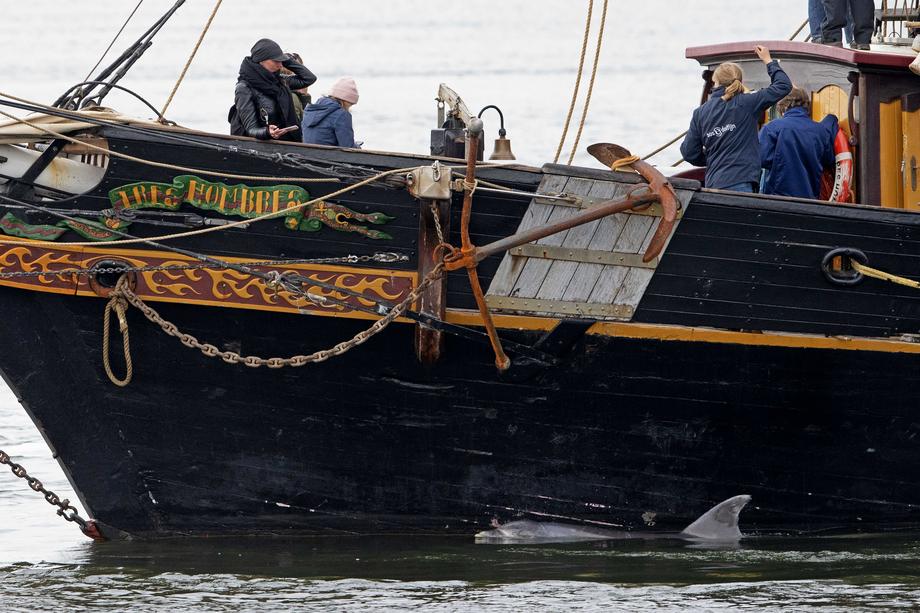 Fly Me to the Moon – Frank Sinatra

Push the Sky Away – Nick Cave and the Bad Seeds

Lufthansa’s multi-billion euro bailout could be finalised this week. Its general meeting is currently ongoing, virtually for the first time.

MEPs are reportedly working on a ‘voucher-gate’ resolution that will urge the Commission to amend passenger rights rules.

A deconfinement strategy for transport is in the works and is due out in mid-May. Stay tuned for updates on that.