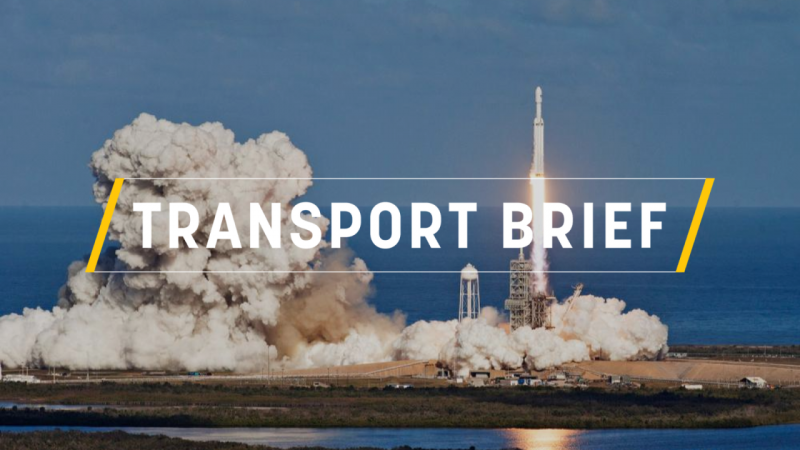 This week two of Germany’s biggest and most symbolic companies faced mixed fortunes, the EU starts to take stock of the shipping sector and everyone is fighting for a slice of the Commission’s recovery fund. No vlog this week but it returns with a bang next time! Catch up on previous episodes here.

Volkswagen had a rough few days. Germany’s highest court ruled that it must refund motorists affected by the Dieselgate scandal, in what might be a significant legal precedent for legal cases in other European countries.

The carmaker also made a huge PR slip-up after posting an Instagram video that most viewers said was racist. After initially defending the campaign, executives later admitted it was offensive and launched an inquiry into what happened.

France is scheduled to announce a support scheme for its car sector today. Emmanuel Macron has said that the aid will be “massively amplified” while finance chief Bruno Le Maire has stated that clean mobility will be prioritised in the plan.

Four cities – Bonn, Brussels, Dublin and Milan – want the Commission to set up a multi-billion-euro fund for clean buses as part of its virus recovery plan. The idea would be to make all new purchases zero-emissions EU-wide by mid-decade.

Bloomberg analysts warn that electric car sales will plummet 18% in 2020, bringing an end to successive years of strong growth. An interesting point is that many of these new outlooks are calculated using a second-wave of the virus as a baseline.

Coronavirus has spared the EU’s quest to become a battery-producing superpower, according to Maroš Šefčovič. After a meeting of the Battery Alliance, the European Investment Bank even pledged to funnel more cash into the project.

The Commission is reportedly opening up its controversial biofuels list. Although not permitted to remove feedstocks, the EU executive could decide to add to the list. More details here.

Formula One continues its virus-enforced hiatus, at least in the real world. Racers again took to the virtual track last weekend for the Monaco e-prix, on the same day the actual street race was supposed to happen in Monte Carlo.

Paris Mayor Anne Hidalgo said that a further 50km of cycle lanes will be ready by the summer, mostly above busy metro lines. And ever wonder how those painted bikes on the road are put there? This video reveals that it is a rather artistic process.

Lufthansa and the German government finally agreed on a €9bn bailout. Final approval from management and the Commission still needed, however. The deal will give Berlin 20% of shares and powers to help the flag-carrier fend off takeover bids.

Lack of air travel demand has prompted Berlin to say Tegel Airport can shut as of mid-June, while Lufthansa will split its jumbo jets between Frankfurt and Munich to save money. More here on the gradual demise of the world’s largest airliner, the A380.

Engine-builder Rolls Royce is not immune to the virus chaos and announced up to 9,000 job losses. Most of those will come from its civil aerospace division, while workers in its defence and maritime outfits look safe by comparison.

The EU-Swiss carbon market link has faced delays because of the virus but the Commission has now agreed to exclude incoming flights from its calculations in order to avoid double-counting. The bloc’s system will only take into account departing trips.

A list of airports most affected by the virus outbreak made grim reading for aviation heads. Amsterdam, Frankfurt, London and Paris were the hardest hit of Europe’s biggest hubs, recording percentage falls in passenger numbers that easily strayed into double digits.

Ryanair will close the Vienna base of subsidiary Laudamotion after failing to broker a deal with employees on a hefty pay cut. Up to 3,000 jobs are expected to be lost.

Last week saw two different anniversaries of the first transatlantic solo flights by Charles Lindbergh and Amelia Earhart, both of whom managed their feats on 21 May 1927 and 1932, respectively.

And construction at a Mexican airport was briefly halted after workers made a startling discovery: the remains of several mammoth skeletons, more than 15,000 years old. (See Picture of the Week below.)

Transport MEPs vote Thursday on an opinion geared towards reporting maritime emissions but EPP lawmaker Magdalena Adamowicz’s draft makes no mention of including the sector in the bloc’s emissions trading scheme.

Germany’s Jutta Paulus (Greens) is helming the Parliament’s position on the file and has made it clear ships must be steered into the carbon market. She told me that she is still confident that a majority in plenary will support her and a vote in committee is set for the end of June.

The Commission has published the first results from a comprehensive 2018 stocktake of maritime emissions. The results show that more than 11,000 ships emitted 3.7% of the EU’s CO2 output that year.

And Russia launched what is believed to be the world’s first floating nuclear power plant in the far east of Siberia. Its supporters say it will help bring power to remote areas, while its critics have dubbed it a “floating Chernobyl” and “atomic Titanic”.

Rail is due for a windfall in the Commission’s recovery package, according to draft documents in circulation. Billions to boost high-speed services and cash for night-trains if they displace air routes. Keep your eyes peeled on Wednesday.

The Council adopted relief measures for the rail industry, granting member states an extra four months to transpose the rules of the Fourth Railway Package. They now have until the end of October to get it done.

Belgian railways have started testing a new surveillance system that will warn its employees when they are not respecting social-distancing measures. Intelligent cameras and AI will keep tabs on nearly 11,000 workers.

France’s government announced that it would reciprocate if the UK imposes a planned 14-day-long quarantine in June. Eurostar services could be affected but according to official documents employees will be exempt.

Transport for Wales was ridiculed online after suggesting that the Celtic nation “has been a world leader in transport for 200 years”. Travellers pointed out that Wales does not have any electrified rail and to go from the north to south you have to go via England.

Senior officials from across Europe’s space sector have urged the Commission to keep their industry well-provisioned as part of the new budget proposals. According to a joint-letter, funding should be along the lines suggested by the Parliament.

Under the previous Commission draft, space was set for €16bn but as part of the Council’s wrangling over the amount, the sector looked in danger of seeing that number slashed. The letter insists that space tech yields a €3 return for every €1 invested.

NASA and Elon Musk’s SpaceX are closer than ever to performing their first joint-mission with a human crew after final tests were passed. A launch to the International Space Station is scheduled for later this week but the weather may delay the SpaceX debut.

The launch could be the first human spaceflight to leave from American soil since 2011 and US President Donald Trump is slated to attend the milestone.

Mexican construction crews stumbled upon a potentially mammoth problem while building a new airport near the country’s capital city. 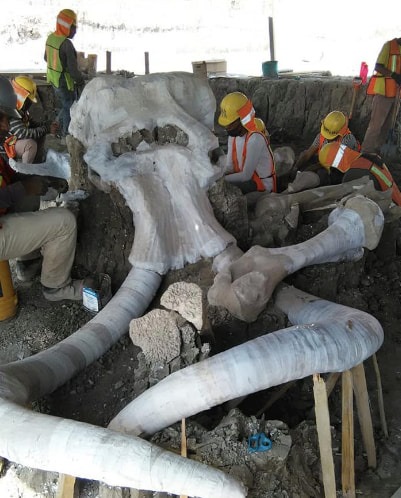 If Timmermans creates a new network of night trains it has be called the Frans Europe Express https://t.co/GKsSJbCPSa

The Commission unveils its new MFF proposal and a recovery fund plan on Wednesday.