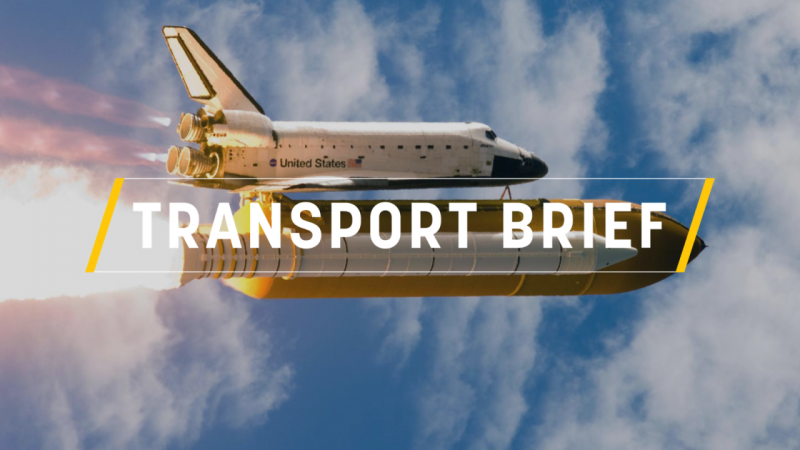 Your weekly update of all things transport [Photo: NASA]

It is not all coronavirus doom and gloom. Look out for the hidden gems in this week’s newsletter, check out the latest Transport Vlog and stay safe.

Coronavirus impact is not just limited to Earth. Europe’s space agency has put four missions on standby until technicians can return to work as normal. NASA astronauts bound for the space station on 9 April are in tighter quarantine than usual, to prevent the outbreak reaching the ISS.

Space travellers are full of sage advice when it comes to dealing with long periods cooped up inside, unable to go out. Here is what astronauts past and present said about surviving quarantine.

The European Commission opened up a consultation on its plans to boost the Galileo global positioning system in critical infrastructure. Brussels wants to make the satellite network – the most precise on the market – less reliant on rivals GPS and GLONASS.

Arianespace – the main rocket firm that puts Europe’s satellites into orbit – is celebrating its 40th anniversary. The French launcher still hopes to debut its new blasters soon but the virus has already forced it to shutter operations at its French Guyana base.

Elon Musk’s SpaceX project suffered a parachute testing setback that might delay its first crewed mission, while the US Space Force – the new branch of the military not the planned Netflix show – completed its first satellite launch.

Lockdown getting you down? Pass the hours by helping scientists look for new galaxies or count penguins by tracking their guano stains. It is all for the advancement of human understanding.

🎥  More on space in this week’s Transport Vlog

‘Ghost flights’ were finally busted, as first MEPs and then the Council gave the airport slots rules waiver the green light. It becomes law today.

Fewer flights might have unexpected consequences: more grounded planes means airlines will have to hunt for parking places to store their jets, while our ability to predict the weather might suffer too. More on the meteorological aspect here

In the UK, London closed one of its airports to try and curb the virus spread, while Virgin Atlantic started to prepare the ground for a government bailout. Budget carrier easyJet grounded its entire fleet.

US airlines are also struggling but billions of dollars in government aid will not be contingent on them upping their environmental credentials as previously planned. Their combined value is currently lower than the market price of Zoom, an e-meeting platform.

Airbus set up an airbridge between its base in Toulouse and Madrid, to deliver crucial medical supplies, while the German airforce flew Italian patients from Bergamo to Cologne in a special hospital plane, to alleviate the overwhelmed health system.

Dutch airline KLM and Australian carrier Qantas both retired their jumbo jet 747 fleets a year ahead of time because of the virus. Qantas also struck a pay deal with pilots about planned non-stop services between New York, London and Sydney.

Planes are flying empty or with more cargo than usual on board so what kind of technical challenges does that pose to keeping jets in the air? Here’s a good explainer.

Europe’s biggest carmakers urged Brussels to put the brakes on its legislative timetable, citing the virus as reason why many will struggle to meet EU targets. Green groups were quick to accuse the auto giants of trying to profit from the outbreak.

It is the “worst crisis ever” for the industry and government bailouts might yet be needed. Although the sector has not put a price on the damage set to be caused by the outbreak, the cash could be earmarked for green tech.

Less traffic means less pollution, a theory confirmed by new figures last week, which showed nitrogen dioxide levels have plummeted by up to 50% in some of Europe’s largest cities.

The virus has also prompted a rethink of the rules of the road. Governments have relaxed laws on mandatory rest times for truckers and made it easier for motorists to get new permits or keep expired ones during the outbreak.

Coronavirus is also being used as a reason to attack the Mobility Package. Some MEPs have said the first part of the legislation should not be adopted as planned, while ministers from eight member states also said it should be put on ice for now.

Bulgaria – one of those countries – is building what it claims is the world’s largest truck park, to accommodate European hauliers on their way to Turkey. Ankara’s 14-day quarantine period does not apply to Bulgaria, so Sofia wants to cash in on the opportunity.

New research confirms that electric cars are a cleaner alternative to the combustion engine, across most of the world. Coronavirus might stymie their development, in the US at least, where miners are feeling the pinch.

Long-distance live animal transport should be suspended during the outbreak, according to a group of MEPs and NGOs, who say long border crossing times are harmful for critter welfare. For more stories like this, subscribe to Gerardo Fortuna and Natasha Foote’s Agrifood Brief.

Europe’s rail sector wrote to the Commission to make its case for state aid and extra treatment during the outbreak. The open letter points out how train travel demand was growing before the crisis and how that momentum should be defended.

The sector also asked the EU executive in a separate letter what punishments member states will face if they fail to adopt fully the Fourth Railway Package by its June deadline this year.

French train firm SNCF has converted one of its TGVs into a hospital train, in order to shift ill patients from at-risk regional areas to better-equipped facilities. India is also using the power of the railways to prepare for the worse to come.

Trains get flat batteries too. A Eurostar found itself out of juice in Brussels so the next train over had to bring jumper cables to get it running again. Reduced services mean the batteries are not charged as often as they need to be.

The Commission opened up a consultation on including shipping emissions in the bloc’s carbon market – the emissions trading system- and is sticking to its timetable of publishing a proposal early next year. Background here.

Shippers can continue to form alliances until 2024 without fear of breaching anti-competition rules, the Commission also decided. The European Transport Workers’ Federation warned that the extension would hurt the sector and was not well thought-out. 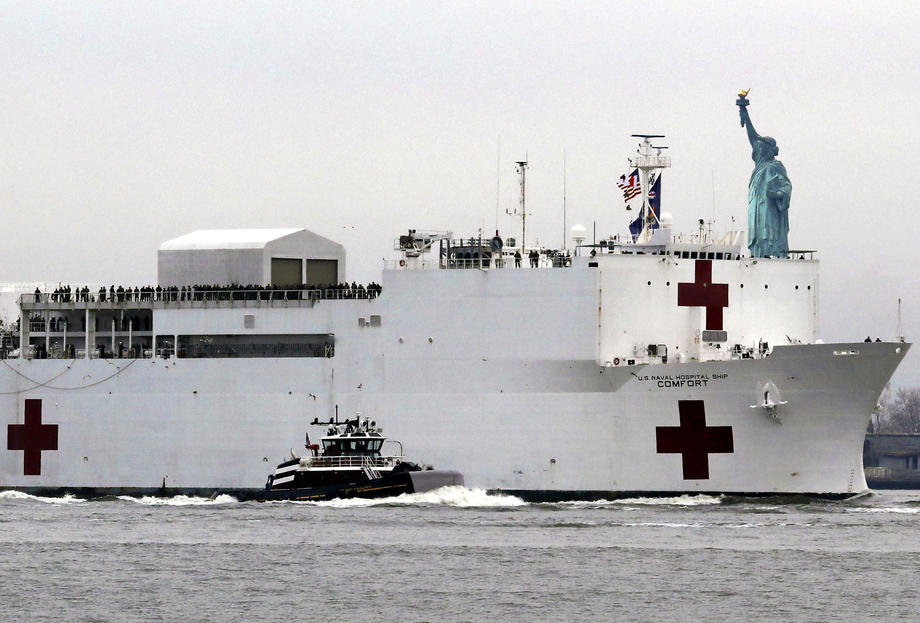 The airport slots waiver becomes law later today and will last until the end of October.

The European Court of Justice hears a case on 2 April brought by an Austrian group against Volkswagen, off the back of the Dieselgate scandal.