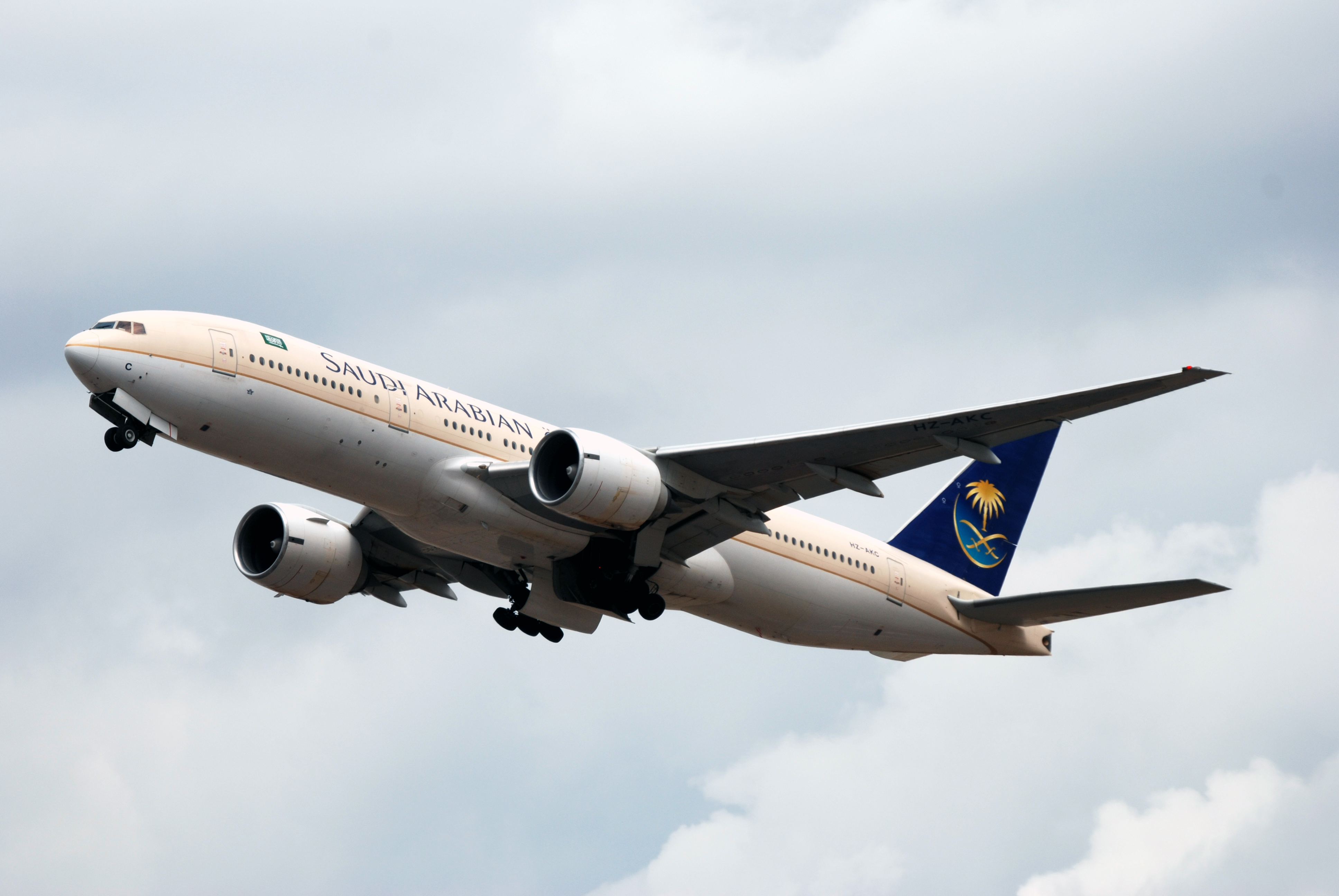 Saudia is the most recent airline to be fined for failing to comply with EU emissions standards. [allen watkin/Flickr]

Aviation emissions standards are vital to protect the European environment, and must be enforced fairly across the EU, writes Andrew Murphy.

Confirmation this week from the Belgian authorities that they have recovered a €1.4 million fine from the Saudi Arabian flag carrier Saudia for non-compliance with the EU emissions trading system (ETS) demonstrates increasing acceptance by non-EU airlines that the EU has the right and obligation to regulate carbon emissions in its airspace. Other member states must follow suit and publish a list of non-compliant operators and thereby demonstrate to the public that there is full and fair enforcement of this important environmental measure.

Aviation was included in the EU ETS from 2012 because the International Civil Aviation Authority (ICAO), the UN agency with responsibility for aviation, had failed to take action itself. While waiting for ICAO to act, the world has seen emissions from international aviation almost double since the Kyoto Protocol was signed. Aviation causes almost 5% of the climate change problem.

Following a diplomatic dispute with non-EU countries over the scope of the EU ETS (which covered the emissions of all flights to and from the European economic area), the EU introduced ‘stop-the-clock’: a reduced scheme that covered only those flights that took place between EU airports. This was to give ICAO time to produce a global market-based measure for aviation, after its member states finally agreed to begin work on one at its 2013 assembly. As a result, the scheme now covers only 27% of emissions from international flights originating from the EU.

Discussions on a global measure continue, and ICAO’s next triennial assembly in 2016 is due to decide on whether there is a scheme that will start operating in 2020. If the assembly fails to endorse an effective scheme that includes a high degree of environmental integrity, the original full-scope of the EU ETS will, by law, come back into force on 1 January 2017.

Compliance with the scheme is essential to ensure a level playing field between operators, but also to demonstrate that the EU has the ability and the will to effectively implement environmental measures in the aviation sector. Due to the legal basis of the system, a Directive, it falls on member states to introduce legislation and oversee enforcement. What has emerged to date is a patchwork of enforcement, with no clear guarantee that non-European operators are complying with the system.

To date there have been two compliance periods – 2012 and a combined 2013/2014 period. The deadline for compliance with the 2013/2014 period was 30 April this year, so it is too early to evaluate the level of compliance. However, we are now two years after the deadline for the 2012 period, and few states can demonstrate full and fair compliance. The Netherlands is reported to have fined an unspecified airline (thought to be a Chinese airline), but it is unclear if that fine has been recovered and if the airline has agreed to comply with the scheme. Germany, meanwhile, has published a list of non-compliant airlines, and it is reported to have fined several non-EU airlines but it is, again, unclear if these fines have been paid.

However, in recent days it has been reported that several Chinese airlines, including China Southern and Air China, have surrendered allowances for the entire 2012-2014 period. The UK is due to publish a list of non-compliant airlines next month, but we know that India’s Jet Airways is continuing to object to the scheme and they may appeal the latest ruling from the UK government. It appears that carriers from certain countries are continuing to object, while others are accepting the EU’s right to regulate emissions within its market.

The news that Belgian authorities have recovered a substantial fine from a non-EU airline is a welcome development, demonstrating a will from that member state to ensure full and fair enforcement but also showing that non-EU airlines are beginning to accept that they must comply with EU environmental legislation. Other states, especially the UK, the Netherlands and Germany, must now clarify this confusing situation and publish a list of non-compliant airlines and prove that these airlines have paid fines and are prepared to comply with the current legislation.