The European Commission is reviewing the "Eurovignette" directive this year. [Bob Adams/Flickr]

The European Commission should introduce truck tolls based on CO2 emissions as part of its ‘Eurovignette’ review this year, writes Samuel Kenny.

It is almost certain that the device you are reading this on was, at one stage, in the back of a truck. Trucks transport the majority of goods in Europe and, although there are more positive efforts being made to transport by rail, trucks will remain an important actor in the movement of freight.

So if they are here to stay then trucks will need to become a lot cleaner and safer.

Trucks are responsible for a whole range of impacts that bring costs to society; they damage roads, emit air pollution, contribute to climate change and are involved in a disproportionate number of fatal crashes. These negative impacts are called “external costs” and were recently shown to cause a remarkable €143 billion in damages every year in Europe.

Currently, only 30% of this amount is being paid for by those responsible and we as the taxpayers are left to pay for the rest. One great way to reduce these costs – and make sure it’s not just the public who pays – is by tolling trucks for their use of the road. 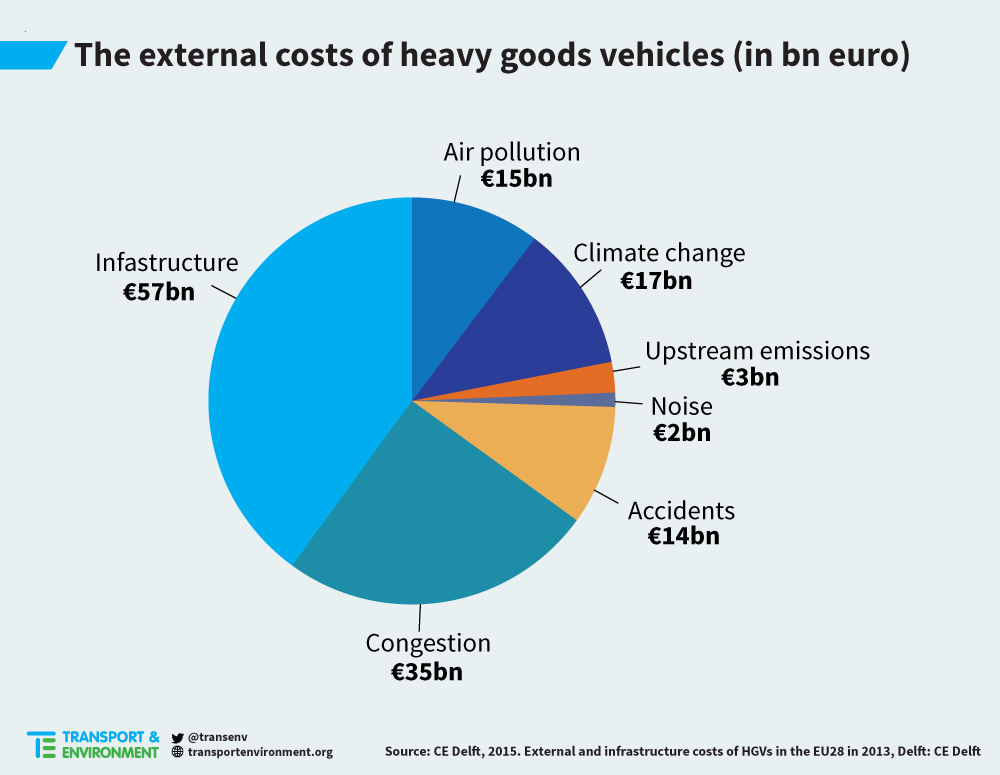 Belgium recently introduced a toll for trucks on a large network of their roads. The toll in Belgium will be differentiated based on the “EURO class” of the vehicle, which means that people who drive a truck that emits less air pollution will pay a reduced toll. This will help to improve air quality within the country. The toll also means that the three regional governments can receive more revenue for the public budget.

In Brussels, the city decided to charge trucks more than in Wallonia and Flanders and, on top of this, it will charge the most polluting trucks 100% more than the least polluting trucks. Actually Brussels wanted to go further but couldn’t because of EU law. This should be changed.

Belgium’s toll has to comply with a European directive, known as the “Eurovignette” directive, that establishes the parameters by which countries can toll the trucks on their roads. Countries can charge trucks for the damage they cause to road infrastructure and then differentiate this based on the weight of the vehicle, congestion, and EURO class. In addition to this, countries may charge trucks based on how much they pollute the air and noise.

The European Commission is set to review this directive at the end of the year and will have an opportunity to improve pricing signals and transition to a cleaner transport sector. The Commission wants to reduce the CO2 emissions from transport by 60% before 2050. Trucks are the cause of 25% of the CO2 emissions from road transport in Europe. It is clear that we need to do something about trucks if we are to have a cleaner and more sustainable transport sector.

One step would be if tolls were differentiated based on the CO2 emissions from trucks. This would create a monetary incentive for truck drivers and shippers to choose cleaner vehicles. However, countries who have considered doing this have been confronted with the fact that it’s not legal under existing EU law. Transport & Environment is campaigning for CO2 differentiation to be enabled in this year’s review of the Eurovignette directive.

An increased limit on the cap that can be charged for air pollution should also be included in the upcoming review. It would allow for governments to further use the toll to improve air quality within their country. 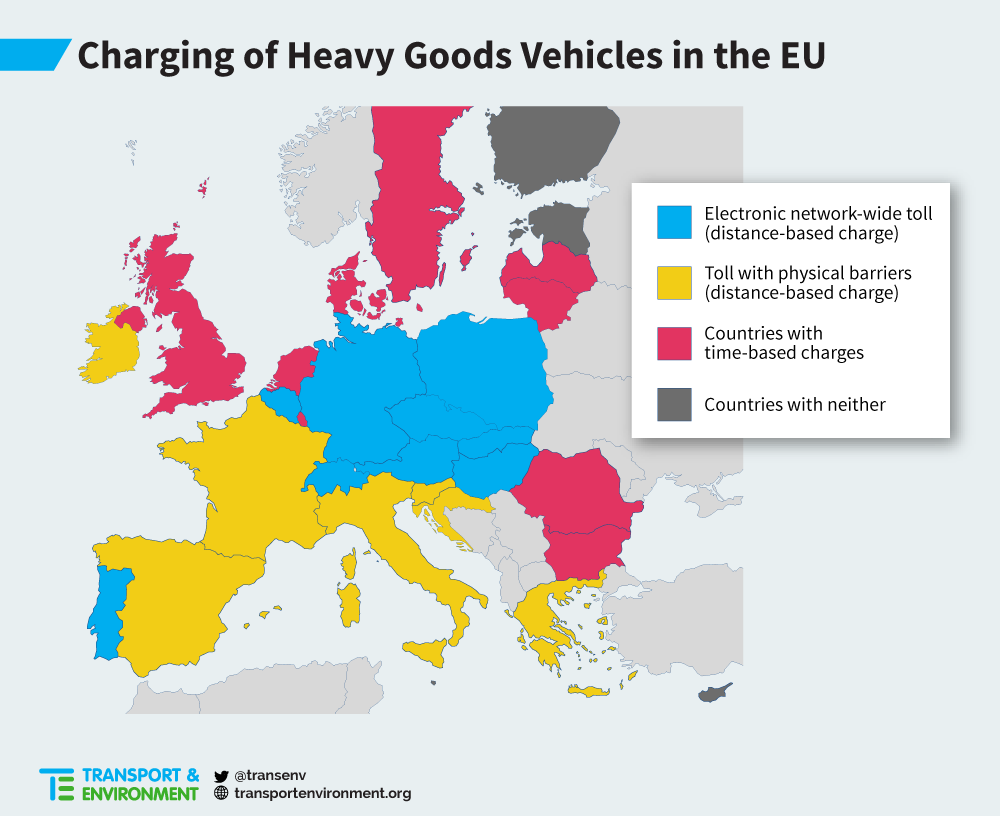 Another problem within the current directive is that countries are still able to have a time-based charging system. Such a system allows truck drivers to buy a sticker that accounts for a specific time period. After that, they are free to drive as much as they want within that period.

By very definition, and proven time and again, this system is not reflective of the actual damage caused by trucks. Belgium’s neighbour, the Netherlands, is one of only nine countries that cling to this antiquated system. The Commission should phase-out time-based systems to promote a cleaner and healthier transport sector that is also less of a burden on the public purse.

The Commission defines the parameters by which countries can toll the trucks on our roads. They should not limit the positive things that countries can achieve through their tolls. Tolling could be an effective aid in transitioning to a cleaner transport sector but this requires CO2 to be included, caps to be improved, and antiquated systems to be phased-out.

One response to “Are trucks taking their toll?”