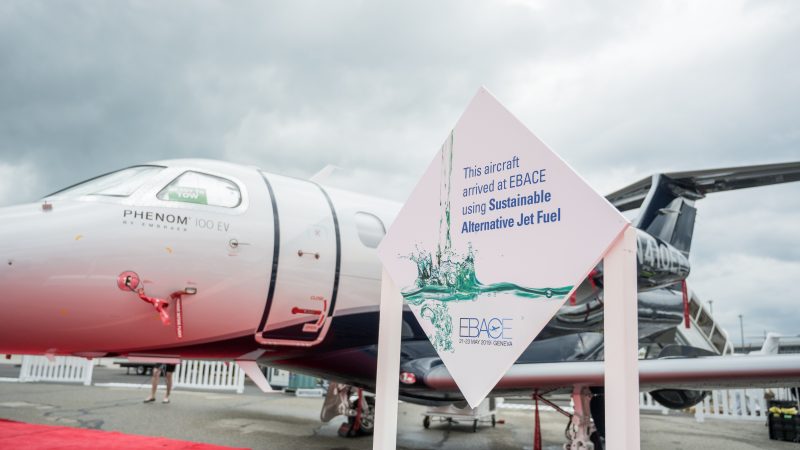 Europeans want real action on the climate crisis and they want Europe to lead the way. As we look forward to the launch of Europe’s most ambitious climate action plan yet, we want to assure our fellow citizens, the European Institutions and our community that we are determined to support the European Green Deal, its goals and underlying values.

In today’s climate-change debate, policymakers, opinion leaders and others have begun to question the need for aviation as a means of transport, including for business, as part of a larger question about various sources of carbon output, and sustainability.

Unfortunately, this debate seems too often shaped by misperceptions at the expense of the facts. Please understand this: We, in business aviation, may likely be the smallest carbon source – with the most significant plan for sustainability – you’ve never heard of.

We are often asked: what is business aviation? It’s a term long-used to describe the use of mostly small airplanes for business reasons. It accounts for only a tiny fraction of all emissions, of any kind.

In fact, business aviation accounts for the smallest emissions footprint since the advent of flight, and in the past four decades, emissions from business airplanes have been slashed nearly in half.

This hasn’t happened by accident: our investments in Global Satellite Positioning, composite technologies, ever-cleaner engines and other advancements have produced these benefits.

Equally important, we’re only getting started.

Business aviation leaders are united behind a plan to further reduce emissions a further 50 percent by the year 2050, relative to 2005 levels. This carbon-neutrality commitment reflects a similar 2050-emissions goal set by other government, industry and business leaders.

Central to this pioneering idea has been the development of Sustainable Aviation Fuels, which are non-fossil-based fuel sources (think of used cooking oil). These alt-fuels reduce carbon lifecycle emissions by up to 80 percent, and thanks to industry investment, they are certified, safe, and ready to use today in many business airplanes.

The readiness of these carbon-neutral fuels and other forward-looking technologies reveals a central truth: Environmental action and economic growth are not mutually exclusive; we can make sustainability a top priority, without sacrificing the modern-day necessity of business flying, which connects citizens, companies and communities to economic opportunities as never before.

Consider the data behind this economic equation: In Europe, business aviation flights support 374,000 jobs and 87 billion euros to the economy— these are often jobs needed in tomorrow’s workplace, including careers in the Science, Technology, Engineering and Mathematics, or STEM careers.

The case is no less pronounced in the US, where business aviation helps support more than a million jobs, and $200 billion annually, to the US economy.

Here’s the point: as we look to tomorrow’s industries, many considerations are important, including their carbon footprint.

Within that reality, the world’s simultaneous need for mobility with sustainability will be a constant, and some transportation industries will continue to focus on sustainable, safe and secure operations, while creating jobs and economic opportunity. Business aviation is one of those industries.