By Martin Speer and Vincent-Immanuel Herr 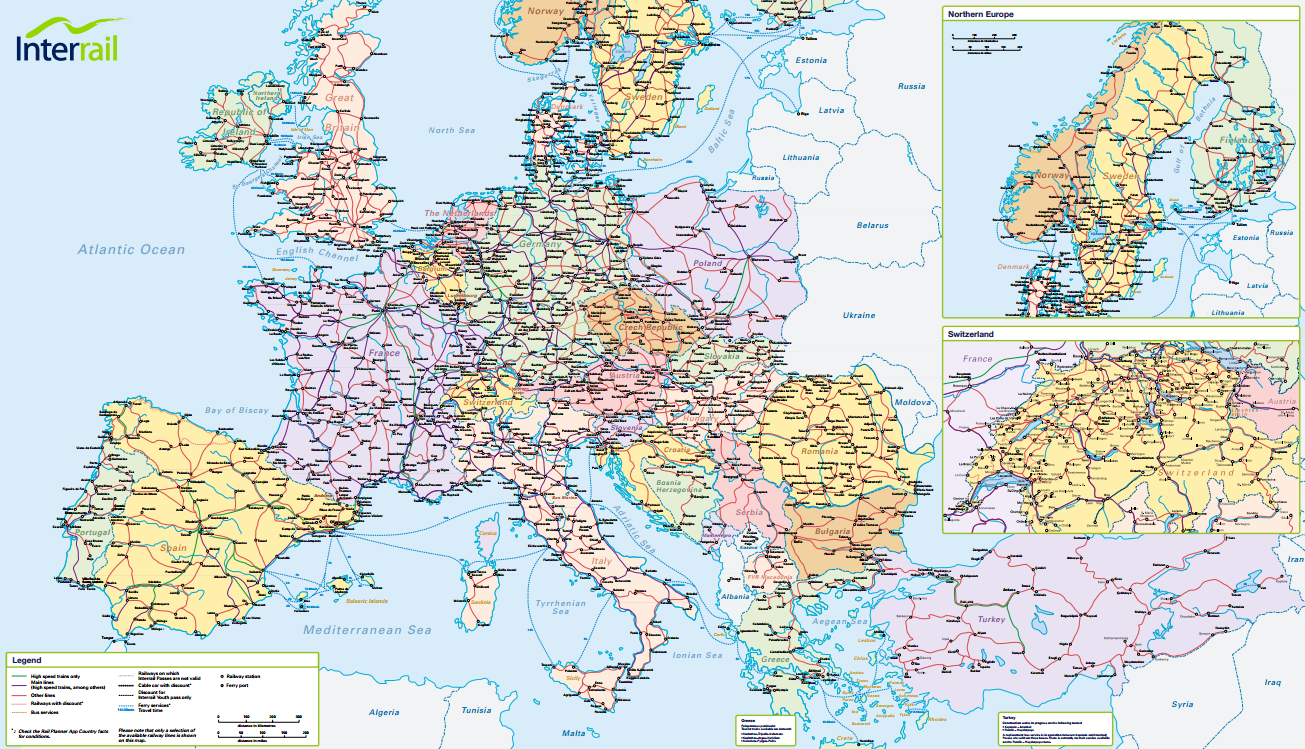 The EU is suffering from growing tendencies towards re-nationalisation and separation. Vincent-Immanuel Herr and Martin Speer say it’s time to counterbalance this development and launched a campaign calling for every young European to receive a free 1-month Interrail pass when they turn 18.

Vincent-Immanuel Herr and Martin Speer are Berlin based writers and activists.

A look at European news these days is hardly a pleasure. Headlines predict Grexit, announce more drowned refugees, contemplate the results of a British exit-referendum or complain about increasing degrees of re-nationalisation in Hungary, Sweden, France, or Italy. The days of positive European news seem long over, the continent caught in a series of crises for so long that bad news is normal.

What’s the real problem here? Is it truly finances, political tugs of war, or irreconcilable national interests constantly reproducing a state of constant emergency in Europe? Or is it something else, something deeper, something almost personal?

A look at Europe’s younger generation might help to show a different picture. Many pupils, students, and young employees or those looking for work don’t share national visions and black and white perspectives on European problems. They do not share the discontent with other countries or Europe as are so prevalently found in dozens of tabloids across the continent or ignore waves of refugees arriving in Italy, Greece, and Spain.

Many of those young Europeans naturally have a different approach to life and wish for a continent interconnected, with open borders, exchange of people and ideas, and endless opportunities at home and abroad. What makes those young Europeans that way? For one, it is the context of having been born in a post-Cold War world, enabling them to truly live a European life. On the other side, however, not every young European shares these views. But those who do, often enough have one thing in common – they travel!

Traveling – A way to overcome nationalism and separation

Traveling enables us to widen our horizon, to get in touch with others, to learn humility and embrace differences. It makes us come back refined and reshaped, it helps to set our goals straight and realign them with our values. Most importantly traveling connects us with other human beings. By getting to know people, we naturally lose stereotypical approaches and prejudices that we might have carried with us for years prior. Doesn’t Europe then need more traveling now more than ever?

Those who have traveled the Balkans and made friends in Sofia, Bucarest, or Belgrade might not perceive immigration from those countries as a threat anymore. Those who have traveled to Scandinavia and learned that many problems there are the same as at home, come back with the realization that we are all in this together. Traveling opens the door to other parts of the continent and gives faces to an otherwise anonymous group of strangers. In short, it lessens tensions and naturally overcomes nationalism and feelings of us-versus-them.

One of the great European inventions to foster traveling for young Europeans is the Interrail pass.  Since it was first introduced in 1972, the pass has enabled hundreds of thousands of Europeans to travel Europe and changed their lives forever. In dining cars, travelers may have made friends for life, at train stations, transnational love stories may have begun, and many still passionately talk about their adventures across the continent. The pass’ precious contributions to Europe’s unification process, however, have been underestimated, and its potential not fully explored. In a time of again increasing national tensions and movements away from one another, it is worth to remember this potential.

Investing in the future of Europe

The most sustainable and successful projects that support Europe’s unification are those aiming to establish personal relationships. For example, whether talking about Erasmus+, other student exchange programs, or initiatives like the European Youth Parliament, wherever people of different origins can meet with a sense of openness and curiosity, a cooperative, productive space is created. Personal relations can have long-lasting effects on a united Europe.

Mutual understanding grows out of personal exchanges, particularly exchanges that are far-reaching and link people emotionally, and not only abstractly or intellectually. These meaningful connections lay the foundation for amity and unity in Europe.

Unfortunately today, only a few young people have the privilege of enjoying such exchanges. Often these persons come from privileged backgrounds that allow and encourage them to travel. In contrast, most young Europeans do not or cannot take full advantage of such offered opportunities. Often, they do not have the money or lack the required qualifications, but also more fundamentally, they do not have the impulse to try. Subsequently, bordering states and the ‘European project’ remain big unknowns. And out of this not-knowing and not-experiencing, skepticism, disfavor, and fear grow. This endangers Europe and all it stands for.

All European youth should get a free 1-month Interrail pass

In order to counter-balance the tendency to fear and separation we suggest that all young Europeans should get the chance to discover their continent and meet their neighbours. Our proposal is that every young European receives a free one-month Interrail pass when turning 18. This opportunity would offer every young man and woman, regardless of their monetary situations or family backgrounds, the chance to discover the diversity and cultural richness of Europe. Even the apolitical and Eurosceptic might take this chance. Personal relationships amongst young Europeans from different nations can be established, and the potential for an additional European unification resource, the Interrail program, could be unlocked.

And there is plenty of room for improvement. Today, only about 170,000 people use an Interrail pass per year, a number way too small and insignificant for a continent of 500 million people with roughly 170 million under the age of 30. The one-month Interrail idea is concrete and practical. The costs for this future-oriented initiative would be manageable. The trains are running anyway.

And compared to the European bank bailout program, the expenses for a €461 ticket for each European school graduate aren’t even worth mentioning, especially since the effect would be long-lasting. In times where a growing number of people perceive the European idea as abstract and impersonal, only personal relationships and experiences can reconsolidate the basic political, social, and intellectual structures that are needed for a united Europe. Shouldn’t we give it a try?