Claude Turmes (Luxembourg) is a Members of the European Parliament for the Greens/EFA political group and rapporteur of the ITRE committee opinion on the Directive on the Promotion of Clean and Energy Efficient Road Transport Vehicles.

According to the International Energy Agency, the stock of electric buses in China reached 343,500 units in 2016, whereas Europe only accounted for 1,273 vehicles. By the end of last year, China was home to 440,000 public and private EV charging stations, ranking No 1 in the world.

The rise of the Chinese electric vehicle market seems unstoppable, with yet another record performance in 2017: over 600,000 new electric passenger vehicles were sold, up 71% compared to 2016.

Largely unnoticed in the automotive world, the Chinese manufacturer has built an impressive production network in Europe and is winning pure electric car and bus tenders in cities like Turin, Amsterdam and London. China has heavily invested in electric mobility to solve its own air quality problem and is now increasingly pushing into the next generation mobility market in Europe.

Meanwhile in Europe, the car industry was busy manipulating roughly 35 million (!) supposedly ‘clean’ Diesels that are massively contributing to Europe’s air quality problems and the premature deaths of more than 400,000 Europeans per year.

Several trends such as digitalisation and artificial intelligence are pushing forward a massive transformation, accompanied by the emergence of new business models and new competitors.

The car industry is experiencing the biggest disruption in its history. Sustainability is becoming a market factor. An increasing number of countries all over the world are introducing new regulations and frameworks limiting fossil fuel powered combustion engines and promoting electric vehicles.

The future of mobility is green electric

Successful air quality policy and forward-looking industry policy are not mutually exclusive. But if we – as Europeans – want to reconcile basic rights like the right to clean air and stay relevant in the business of selling mobility solutions, we urgently need to address the challenges that have arisen in the past years. First and foremost, this requires focus in terms of technological innovation.

The future of clean mobility is electric because electric power trains are so much more efficient than any other technology on the market today and is the only vector which can rapidly ensure zero emission.

This means that electric mobility has to be privileged in European legislation, notably in the Clean Vehicles Directive, as it is not only reducing CO2 emissions, but also contributing to the fight against air and noise pollution. Investing public money in other so-called ‘clean’ vehicles (i.e. gas or biofuels) would not only distract the focus of our legislation but also cause a carbon lock-in.

Some hybridisation should be considered in areas where full electrification is not yet a viable option. I consider hydrogen as what it is: a subcategory of electrification with the caveat that hydrogen is three times less efficient than battery electric. It is clear that electricity or hydrogen used in the vehicles will need to be fully based on 100% additional renewables, reflecting the European Parliament’s position on the recast of the Renewable  Energy Directive.

As policy makers, if we want EU manufacturers like Scania, MAN, Mercedes, etc. to move from diesel to electric, we need to send the right political signals. This is why the European Parliament should adopt a progressive position on the CO2 and cars legislation and make clear that fossil fueled technologies belong in the past. Secondly, we need rapidly large market volumes and predictability for industry. This is why I consider the Clean Vehicles Directive a central piece of European automotive industry policy.

The public sector is currently the largest consumer in the economy while government expenditure in works, goods and services represent around 14% of EU GDP, accounting for roughly €1.8 trillion annually.

Harmonised, EU-wide public procurement will create a premium market for electric cars, busses, trucks, vans and yellow machines (construction, waste management, logistics). The efforts to be ‘world class’ in these segments must be combined with the emergence of a next-generation European industry for battery development and production (reusability, recyclability, sourcing from sustainable minerals, 100% renewables-based production).

Therefore the procurement of electric vehicles must also be imperatively purchasing “green batteries”. According to the European Commission, the European battery market will be worth €250 billion annually from 2025 and could create 4-5 million new jobs in Europe.

EU budget as a game changer

Whereas the Clean Vehicles Directive sets procurement targets at Member State level, local authorities and public transport operators will be key actors with regard to their implementation. In order to make the Clean Vehicles Directive a success, they need to be able to resort to a robust ecosystem of financial support backing their efforts to renew their public fleets and the rollout of associated charging infrastructure. It is therefore imperative to support them with funding from the existing and the future Multiannual Financial Framework for concrete enabling actions.

Instead of supporting the building of large highways trough the European Fund for Strategic Investments (EFSI), we should channel those billions into the deployment of ultra-low emission mobility.

EU financing should also embrace the necessary charging infrastructure (i.e. pantographs or other charging technologies for e-busses and trucks), as well as the necessary training of the maintenance staff at local transport operators to help them to shift from excellence in diesel mechanics into excellence in e-mobility maintenance.

Finally, through the Clean Vehicles Directive, we need to accelerate the fight against bad air quality in Europe. Almost 300 European cities have levels of fine particle pollution above the recommended limit values of the World Health Organisation. The European legal limits for NO2 are exceeded in more than 130 European cities.

While the Commission’s initial proposal on the Clean Vehicles Directive only tackles new acquisitions, suggesting that new electric buses will bring a quick fix to the enormous air pollution in EU cities is a false claim. The public procurement of new will be too slow for that.

Air pollution from manipulated or old buses can represent between up to 15 and 30% of pollution in city centers. In my report, I therefore propose to complement the legislation with a targeted policy to reduce the levels of real-driving air pollutant emissions from all vehicle fleets in the air quality zones in breach of the European air quality legislation.

Member States in breach of the Ambient Air Quality Directive, such as Germany, France, Italy and Spain, will have to present credible plans to retrofit existing heavy-duty vehicle fleets, as they are responsible for 15 to 35% of air pollution in Europe. 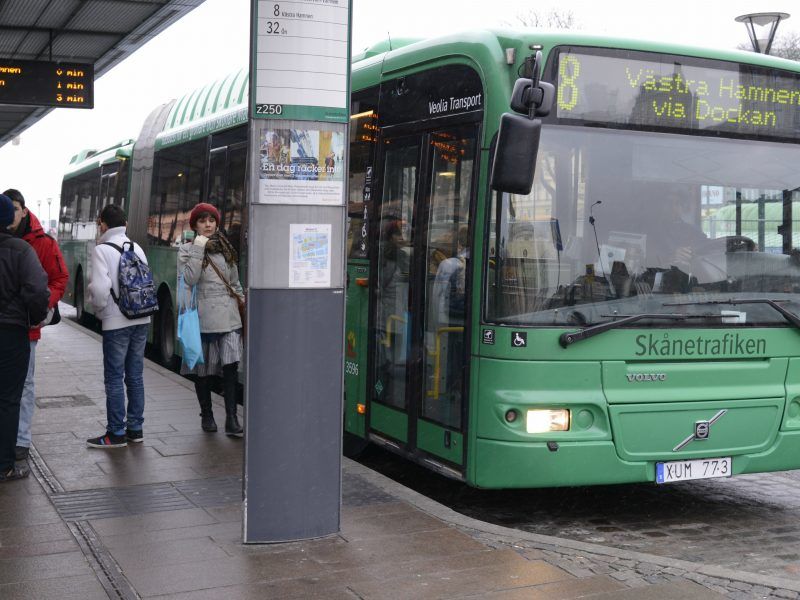