Letting diesel off the hook 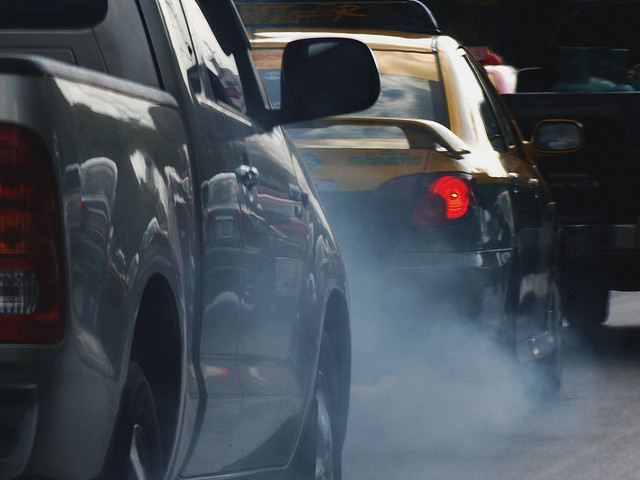 The car industry needs to face up to the health risks caused by its diesel engines, writes Julia Poliscanova [Vee Satayamas/Flickr]

The automotive industry needs to face up to the hazard to health posed by its diesel engines. That stark reality was brought home again to Europeans and, in particular, Londoners last week when Transport for London and the Greater London Authority revealed that an additional 5,900 early deaths annually in the EU’s largest city are attributable to long-term exposure to nitrogen dioxide (NO2), a toxic gas emitted in urban areas largely from diesel engines.

Concern about the health effects of NO2 is growing fast. The gas was known to irritate lungs and cause respiratory infections and asthma, including acute respiratory illnesses in children. It has also been linked to birth abnormalities. But this new research by King’s College London estimates for the first time the number of premature deaths caused. The study also shows an additional 3,500 deaths are caused by PM2.5, bringing the total number of people who die early because of air pollution annually in London to 9,400.

In London half of the nitrogen oxides (NOx, which in the air quickly become NO2) are emitted by diesel vehicles, and another 15% from diesel construction equipment. To deal with the problem, in 1990, European laws were introduced to reduce emissions from exhaust pipes. These standards have been progressively tightened, with the most recent Euro 6 standards for diesel cars commencing in 2014 having a limit of 80 milligrams of NOx per kilometre. So why are 5,900 Londoners still dying each year from NO2 pollution?

While effective on paper, the limits are simply not being met on the road, where cars emit on average seven times what they are supposed to (and up to 22 times in the case of an Audi A8). The reason is an obsolete laboratory test used to measure compliance meaning that there has been little improvement in actual NOx emissions since Euro 3 standards were introduced more than 15 years ago.

New rules to introduce a “real-world driving emissions” test were agreed on in 2007, but have still not been implemented, as carmakers have argued with officials and governments over how the test should be conducted. While in public the automobile industry claims that its new Euro 6 diesels are the cleanest ever, behind closed doors, it has been lobbying to weaken and delay the real-world testing procedure. In the last few months, it has finally been agreed that the test will use a portable emissions monitoring system to measure NOx coming out of the exhaust. But carmakers continue to claim they cannot fully meet the Euro 6 limit for new cars until 2021.

On the road, a modern petrol car produced eight to ten times less NOx than a new diesel car; but the technology to clean up diesel exhaust emissions is available and has been fitted to some vehicles. For example, in real-world tests, a Volkswagen Golf produced emissions below 60mg per km – the limit allowed for petrol cars. However, manufacturers are choosing to either use cheaper, less effective exhaust systems, or not set up the technology to work effectively. The latter option means drivers are not inconvenienced by having to refill the bottle of reagent used to extract NOx in exhaust. In the US, the rules are stricter, diesel cars are not allowed to emit more pollution than petrol ones, and the emissions limits are more tightly enforced. As a result, carmakers spend the extra £250 on an exhaust system that makes for a cleaner diesel automobile.

In London, the mayor plans to introduce an ultra-low emission zone to reduce air pollution. It is a good initiative, but Boris Johnson also intends to exempt all new Euro 6 diesel cars from the charge for driving in the zone. This is clearly wrong. Only Euro 6 diesels, which are clean on the road, should be excluded from the charge – not those with emissions above the allowed limit.

The King’s study has cast light on the devastating health effects caused by diesel exhaust, which the World Health Organisation identified as carcinogenic. After years of wrong information, it’s time to drive all dirty diesels off our roads. If the car industry is successful in delaying and weakening new rules for Euro 6 cars, there should be no place for diesel cars, taxis and vans on London’s roads or in other cities with air pollution problems. If this happens, the carmakers will have no one to blame but themselves.

One response to “Letting diesel off the hook”