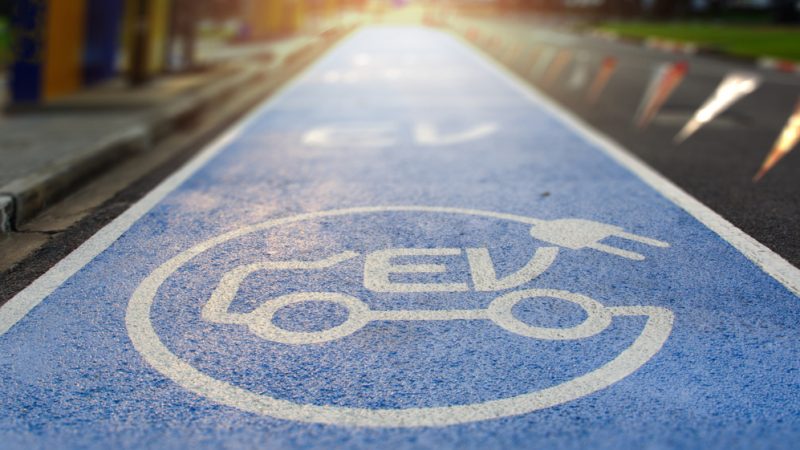 Following the high-level discussion hosted by New Direction foundation, which brought together key players from industry, the European Parliament, and the European Commission a look at the issues of infrastructure for zero emission vehicles. The EU has set the ambitious goal of reducing carbon emissions from passenger cars by at least 37.5% by 2030. In the mobility sector, private players are moving fast to create solutions to enable zero-emission mobility – but they can’t do it alone.

Demand for electric vehicles in Europe is high and will continue to grow. This is a good thing, because without zero-emission mobility solutions, Europe will not be able to meet its climate goals. In order to be successful, fast and widespread change is needed. So far, a combination of public policies and private players have been the driving forces behind these developments – for example, binding CO2 targets coming from government regulators, and the continuous improvement of emission-free mobility technology coming from OEMs. This collaboration will need to continue in order for Europe to cut its carbon emissions.

Hyundai Motor ranks among the OEMs most committed to developing low- and zero-emission mobility. The company is a leading provider of both battery-electric and fuel cell electric vehicles. In 2020, Hyundai sold nearly 60,000 zero-emission vehicles in Europe – making up over 13 percent of all of its European sales. This makes Hyundai one of the leading manufacturers in electrified vehicle share and also for total sales of zero-emission vehicles. It is also one of the few manufacturers to offer a hydrogen-powered passenger car: NEXO, its second-generation fuel cell electric vehicle.

Yet building cars isn’t enough on its own – there has to be infrastructure to support them. While product quality and pricing are also important factors for customers to purchase an EV, charging or refuelling infrastructure is the main prerequisite. OEMs adapt their offerings based on customer demand, but customers won’t demand an EV if they have nowhere to charge it.

Manufacturers are attempting to address this issue. For example, Hyundai became one of the most recent OEMs to join IONITY, a joint venture that aims to build a high power charging network for electric vehicles along major highways in Europe. The company also launched its pan-European public charging service, Charge myHyundai.

Yet efforts from OEMs alone will not be enough. Today, there are 200,000 charging points across Europe. In order to achieve a 37.5 percent reduction in CO2 emissions by 2030, Europe will need three million charging points by 2029. This means the speed of deployment will need to increase 15-fold – an impossible task for either public or private actors alone. And this is not even taking fuel cell technology into account, or basing calculations upon the more ambitious goal of a 50 or 60 percent reduction in emissions that will likely soon be proposed. The path to success will require widespread commitment and cooperation between both public and private actors.

Unequal investments in battery electric and fuel cell technology mean that hydrogen refuelling infrastructure is lagging far behind. The lack of vehicle/lack of infrastructure paradox hindering the growth of zero-emission mobility solutions is even more pronounced with hydrogen infrastructure than with electric.

Hyundai is attempting to solve this problem with a unique business case via its joint venture Hyundai Hydrogen Mobility in Switzerland. The company is taking a two-pronged approach to simultaneously build up hydrogen refuelling infrastructure and put fuel cell electric vehicles on the road, starting in the commercial shipping sector. It works like this: HHM leases a fleet of Hyundai XCIENT Fuel Cell trucks to partners in commercial shipping and logistics. For every 15 trucks on the road, business partners build one hydrogen refuelling station, which can later be used by other FCEVs. Bringing fuel cell technology to the commercial shipping sector ensures a steady demand for hydrogen, making the infrastructure expansions cost-effective. So far, the fleet of trucks recently surpassed the milestone of one million kilometres driven, and HHM has announced its intention to expand into other European markets. The company plans to have 1,600 fuel cell trucks on the road by 2025.

This business case is financially viable and self-sustaining. But it’s not by accident that HHM decided to start in Switzerland: the Swiss LSVA road tax on commercial vehicles does not apply for zero-emission trucks. This nearly equalizes the hauling costs per kilometre of the fuel cell truck compared to a regular diesel truck. Other countries who want to make themselves attractive locations for zero-emission mobility solutions should consider introducing similar measures to help offset the costs of such vehicles.

Indeed, one of the challenges for Europe to reach its emissions goals is the uneven growth of electro-mobility adoption across European markets. Today’s EV charging infrastructure is highly concentrated in just a few markets, which have heavily prioritised the decarbonisation of mobility. Sixty-nine percent of charging points in Europe are located in just three countries: Germany, the Netherlands and France. As the gap grows across markets, ironically, the places which most need investments in eco-mobility solutions are the ones which are least attractive to investors. In places with relatively few zero-emission vehicles on the road, the risk is too high and return on investment too low for private players to want to build up charging and refuelling infrastructure there. This presents an opportunity for governments to intervene. As more and more customers turn to EVs, the return on investment will be higher, meaning government support could be phased out after the technologies have reached a critical momentum – but in the early stages, subsidies and tax breaks could be critical in accelerating growth in emerging markets.

Private sector players need to continue producing zero-emission vehicles and the infrastructure to support them. From the public sector, binding CO2 targets for OEMs and infrastructure deployment targets for Member States, paired with subsidies and incentives will accelerate this growth. And a more balanced approach between fuel cell and battery-electric technology will be key to bringing zero-emission technology to different sectors.

If both the public and private sectors commit to carbon-free mobility, Europe should be able to reach its climate goals.