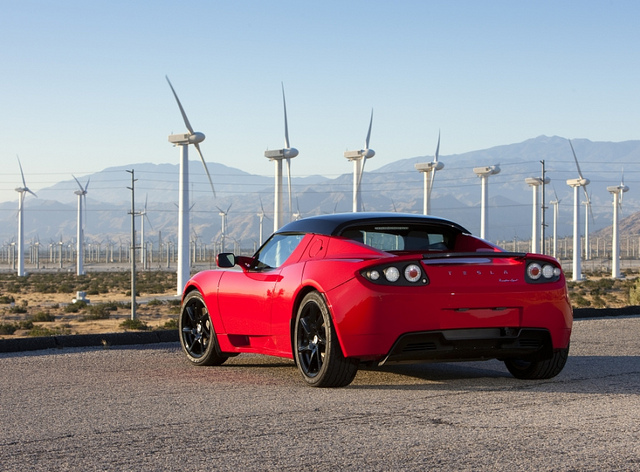 Capacity payments and fossil energy can be made redundant by electric cars, writes Teodora Serafimova.

Teodora Serafimova is an advisor to Bellona Europa, an environmental NGO dedicated to providing technological solutions to climate change. Bellona has championed electric cars and battery integration in the energy system from the head office in Oslo, Norway, for several decades, and is expanding this work to the European level from its EU policy office in Brussels.

The European Commission recognises the important role energy storage technologies will have to play in the future energy system, both in its Energy Security Strategy of May 2014 as well as in its more recent Energy Union strategy. Bellona has long been convinced of the necessity of energy storage in the face of a rapidly growing share of renewables in the energy mix. With such storage technology quickly materialising, notably from the electric car industry, it’s time to take stock of the changes this will bring.

Energy storage does not only hold the potential for us to make better use of renewable power, but in doing so it also allows us make less use of fossil power. Being less dependent on fossil power erodes the case for subsidies like capacity payments keeping this industry alive.

Energy storage technologies, such as compressed air storage and batteries, can store low-cost renewable energy when the system experiences oversupply, then release this energy to the grid when it is more needed, such as at night in the case of solar or when the output of wind power falls below demand.

In short, energy storage gives renewable energy the flexibility it currently lacks. This is potentially more disruptive to fossil energy than the roll-out of renewables itself, as it could render traditional fossil power superfluous.

In the absence of energy storage, polluting, expensive and little utilised fossil power plants remain on the grid as back-up power, while being subsidised by consumers. With energy storage, industries and private persons can store the solar power installed on their own roofs, thereby ensuring a secure energy supply and eliminate the need for back-up power from fossil energy.

European Commissioner for Competition Margrethe Vestager, has recently opened a case on whether the growing number of member states providing such subsidies, called “capacity mechanisms”, to fossil power companies are, in doing so, violating EU state aid laws.

Bellona’s position on capacity payments has been firm from the start – they are a poor treatment for the current failings of the electricity market and put both Europe’s climate and single market objectives at risk. Payments directed towards highly polluting and underutilised fossil power plants encourage the lock-in of CO2-intensive fossil generation capacity into a system that urgently needs to decarbonise.

European energy policy today should instead prioritise the deployment of technologies that are both low carbon and that will be effectively used – such as energy storage.

Bellona’s calculations show that when used battery packs of the current stock of four million EVs sold from 2010 to 2015 are given a new life in the energy sector, the result would be a storage capacity of 128 GWh. This is sufficient to store and release almost all of Germany’s daily capacity from solar power in peak periods in the summer. With the 20 million electric cars that are anticipated to be sold globally by 2020, the storage capacity will exceed 640 GWh, and continue to grow thereafter.

Bellona therefore considers it likely that the electric car revolution will be followed by a revolution in electricity supply. Electric car manufacturers are already working on reuse of batteries, as in Japan where Nissan batteries are being used to provide back-up power supply to hospitals.

In recognition of the battery technology’s potential, in 2013 California introduced the US’s first ever regulation mandating the state’s utilities to buy over a GWh of energy storage services by 2020.

Last but not least, energy storage would benefit consumers as the wholesale price advantage of renewables can be passed on, while the need for excess backup capacity provided from fossil plants is reduced. Energy storage technologies are the next leap forward in protecting the climate, enabling low carbon electricity to be used as needed.