The Brief, powered by GIGAEurope – Keep the prosecco flowing 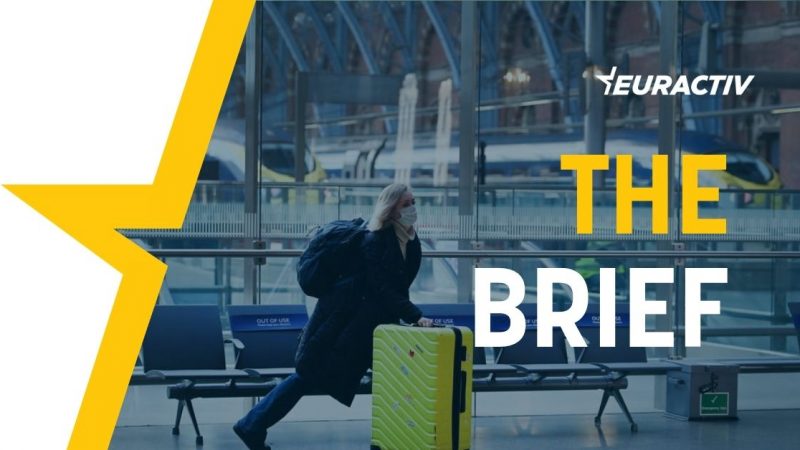 The ability to jump on a train in London and arrive in a European capital within a couple of hours was one of the privileges that we took for granted in the pre-pandemic era.

Thanks to Eurostar, just an identity card and a credit card was needed for a journey free of airport stresses for business meetings or weekends in Paris, Brussels or Amsterdam. The train is a far more civilised way to travel.

There was a risk that this would be one of the permanent casualties of COVID–19. Since the pandemic hit Europe last March, the service has, like the wider rail and aviation sectors, taken a battering.

One train per day from London to Paris and Brussels with a handful of passengers in each carriage; an estimated 95% drop in customers, with travellers now required to go through the lengthy new reality of passenger locator forms and PCR tests.

Now it looks like we will, at least, have a Eurostar service to return to when the new normal arrives. The cross–Channel rail operator has finally brokered a £250 million rescue package that will allow it to continue operating, after months of warning that it faced a fight for survival.

The volume of trains crossing the Channel will gradually increase to two and then three services per day over the coming weeks.

Curiously, while national airlines have received billions of euros in publicly funded bailouts to help them through the pandemic, Europe’s most iconic form of cross–border rail travel struggled to get any cash from governments.

In keeping with the spirit of Brexit, the UK government, which sold its stake in Eurostar in 2015, has shown no interest in propping up the service, despite the obvious benefit for businesses and ordinary punters.

UK Transport Secretary Grant Shapps offered warm words that Boris Johnson’s government was “very keen for Eurostar to survive”, but precious little else. “It’s not our company” and any cash flow crisis was “the shareholders’ problem to resolve”, he said.

Indeed, Eurostar’s rescue money is the product of tried and tested market economics, coming from shareholders and banks rather than the public purse. It hardly reflects well on governments that they have been so eager to save airlines but then claimed to have empty pockets when rail networks came for support.

For so many of us, life will only start to resemble normality when the Gares du Midi and Nord are on our doorstep again, though it’s probably wishful thinking to hope that the onboard prosecco will be flowing any time soon.

The European Commission launched a new plan for sustainability in coastal and ocean industries – known as the blue economy – calling for them to join forces in the fight against climate change.

At least 200 million doses of Covid-19 vaccines have been given in the European Union as of Tuesday (18 May), according to AFP data tallying up official figures given by member states’ health services.

Germany’s constitutional court rejected a complaint against the European Central Bank’s (ECB) flagship bond-buying scheme, in a ruling that primes the eurozone economy for more stimulus once the bank’s pandemic-related emergency measures end

Authorities in Belarus raided the offices of the country’s largest independent news portal and took down its website on Tuesday (18 May), management said, signalling a widening crackdown after historic opposition protests last year.

Tax cigarettes and smoking becomes less attractive. Tax alcohol and people will drink less. But tax petrol and diesel and, rather than seeing motorists reborn as Lycra-clad cyclists, you may get a violent reaction. Read more in the Transport Brief here.

The world’s thirstiest beer drinkers finally clinked their pilsner mugs in the drizzle on Monday (17 May), as beer gardens opened despite unseasonably cold grey weather in the Czech Republic, a landmark event after five months of COVID-19 lockdown.

Leaders of the world’s largest economies back “voluntary licensing” of COVID-19 vaccine patents, the draft conclusions of a summit show, watering down a US push for waivers and earlier commitments to supply more funds to the World Health Organization.